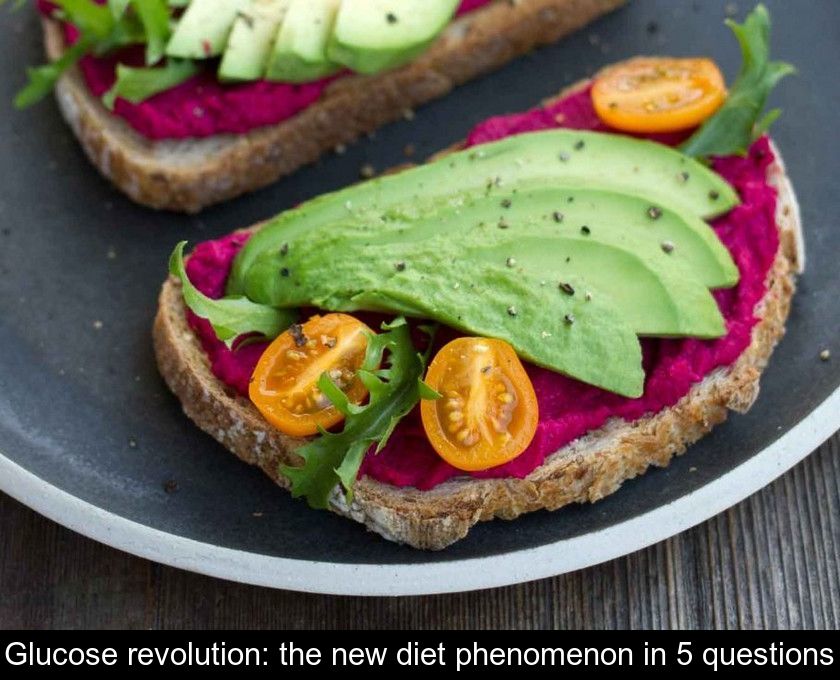 After the Dukan diet and the ketogenic diet, it's the glucose revolution diet's turn to make the buzz. This new slimming and health method has been popularized by the best-selling book Faites votre glucose révolution (Do your own glucose revolution) by the influencer Jessie Inchauspé. We suggest you decipher this new diet phenomenon in 5 questions.

1- Who launched this new regime?

The glucose revolution method was developed by Jessie Inchauspé, a French woman based in the United States.

This successful influencer and author, who is known as 'the glucose papess,' is also and above all a food biochemist.

She started sharing her method and diet tips on Instagram in April 2019 on the @glucosegoddess account. She now has one million followers on this social network.

Her first book Make Your Glucose Revolution was published in 2022 and quickly became a global bestseller.

2- What are the principles of his method?

According to Jessie Inchauspé, it's not so much the calories as the glucose that is the problem in our diet.

Backing up this claim with scientific data, the 30-year-old explains that glucose should not get into the bloodstream too quickly, at the risk of causing healthy blood sugar spikes.

According to the Glucose Revolution Method, it's not just diabetic patients who need to monitor their blood sugar levels. Everyone would benefit from smoothing their blood sugar curve to maintain a healthy weight and be healthier.


3- What are its practical tips?

In her book, Jessie Inchauspé offers many tips to limit blood sugar spikes.

The most revolutionary statement for people who are used to restrictive diets is this: the most important thing is not to eat less, but to consume foods in a specific order.

According to the glucose papess, you should always eat fiber first, protein and fat second, and starches and sugars last to slow down their assimilation.

In practice, the young biochemist recommends starting each meal with vegetables, including breakfast, which should absolutely be salty with, for example, avocado, eggs or cheese and fiber-rich dark bread.

She explains that it is in the morning when we wake up, when we are fasting, that our body is the most sensitive to glucose. If breakfast triggers a blood sugar spike, our blood sugar levels will be on a roller coaster until the evening.


4- What good ideas can we learn from it?

In her book Make Your Glucose Revolution, Jessie Inchauspé gives common sense tips that one can adopt in order to lose weight, feel more fit and age well :

- incorporate vegetables at every meal
- eat more fiber
- limit added sugar in your diet
- choose foods with a low or moderate glycemic index
- walk for at least 10 minutes after meals to avoid the digestive slump
- do not snack between meals, especially on sugary foods
- if you feel peckish, choose a salty snack or almonds and nuts

All these nutritional principles are not really new or revolutionary, but the instagrammer has a great talent for popularization.

The main merit of this author is to make understandable some dietary advice that we have already heard, without ever really implementing them.


5- What are the questionable points of his method?

Jessie Inchauspé often presents her glucose revolution method as 'scientific', going so far as to say: 'It looks like magic: yet it is science'. While the promise is appealing, doctors and nutritionists dispute the scientific nature of her miracle method.

Indeed, the young woman relies on scientific studies of diabetic patients that she extrapolates for healthy people. But, in reality, these two categories of people are not comparable...

Doctors also point out that some of her claims are unfounded or potentially contraindicated for some people. For example, taking a spoonful of vinegar in water before each meal may worsen the symptoms of patients with gastroesophageal reflux disease ...

As with all other diets, the principles of the glucose revolution method create new dietary prohibitions and injunctions that are not without danger because they promote eating disorders.

For people who have difficulty losing weight (for reasons that may be emotional or genetic), this new method only adds to the cacophony of the many existing diets.

In addition, the author has shocked some diabetics by advising everyone to monitor their blood sugar levels with a blood sugar monitor.

Access to this device, which is very useful for diabetics who take insulin, is sometimes complicated, which is why it is important not to divert it from its medical function.