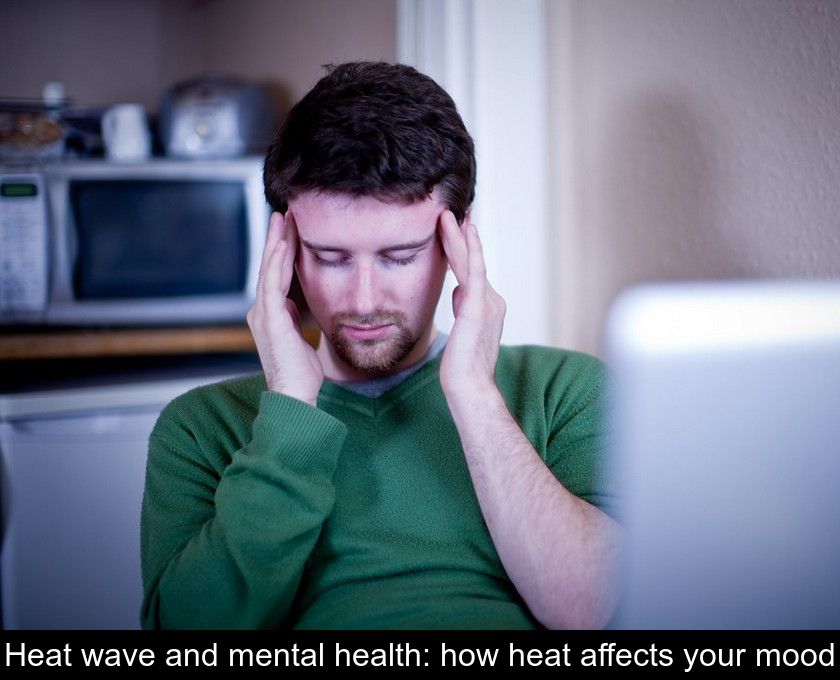 Heat Wave And Mental Health: How Heat Affects Your Mood

If you've been feeling cranky since the heat wave began in France, you're not alone! Heat waves are known to have negative effects on mental health and crime rates. Let's find out how the heat affects your mood.

Heat increases the risk of violence

When the temperature outside climbs to the point of being unbreathable, our bodies suffer and our moods suffer. While sunny weather is usually associated with seaside vacations and outdoor recreation, when the heat wave sets in, our spirits are not in the mood.

According to a 2013 UC Berkeley study, an increase of just 1°C above seasonal norms is associated with an increased risk of violence by 4%. The authors of this study observed a 4% increase in crime, murder, domestic violence and rape.

Another U.S. study from 2014 confirmed that when it is very hot, personal or larger-scale conflicts are exacerbated.


The heat wave is getting on our nerves

Perhaps you've observed that the current heat wave is getting on your nerves and putting you in a state of irritability close to a nervous breakdown. Well, it's not just a feeling related to the fact that the heat is tiring you out and preventing you from getting out and enjoying your vacation the way you want to.

There are physiological causes for your bad mood. When it's hot, your heart rate speeds up, your blood pressure rises, and your cortisol or stress hormone levels climb too.

So it's no wonder that everyone feels more irritable, although reactions vary from person to person. People who are mentally ill and/or undergoing psychiatric treatment are even more affected by the heat wave as antidepressants, anxiolytics and neuroleptics already increase heart rate and blood pressure.

If you notice unusual aggression in someone you know, check to make sure that person is not dehydrated and has not been out in the sun too long. As surprising as it may seem, violent behavior can be a sign of dehydration and heat stroke!

When our bodies are no longer able to regulate their temperature through Sweating and breathing, they have to deal with an oxygen deficit which makes them more irritable.

In addition, since it is more difficult to sleep because of the nighttime heat, the aggression seen during the day can also be related to lack of sleep.

These various factors explain why pleasant, spring-like weather puts us in a good mood, whereas hot weather makes us more impatient, impulsive, and angry.

A study published in February 2022 showed a link between hot weather and an increase in psychiatric emergency room admissions.

Extreme heat is uncomfortable and oppressive to our bodies. It promotes mood disorders, anxiety, stress but also depression and an increase in suicide rates.

It has also been observed that the effects of heat waves on mood are exacerbated in isolated and aging people. Among the elderly, physical discomfort is coupled with an increased risk of depression and fear of death due to extreme temperatures.

More broadly, episodes of high heat can trigger in everyone eco-anxiety (anxiety about the future of our planet) by raising awareness of the reality of ongoing global warming.

← Previous Heart: Test your heart health with the staircase test

Next → Heat wave: 5 tips to cool down