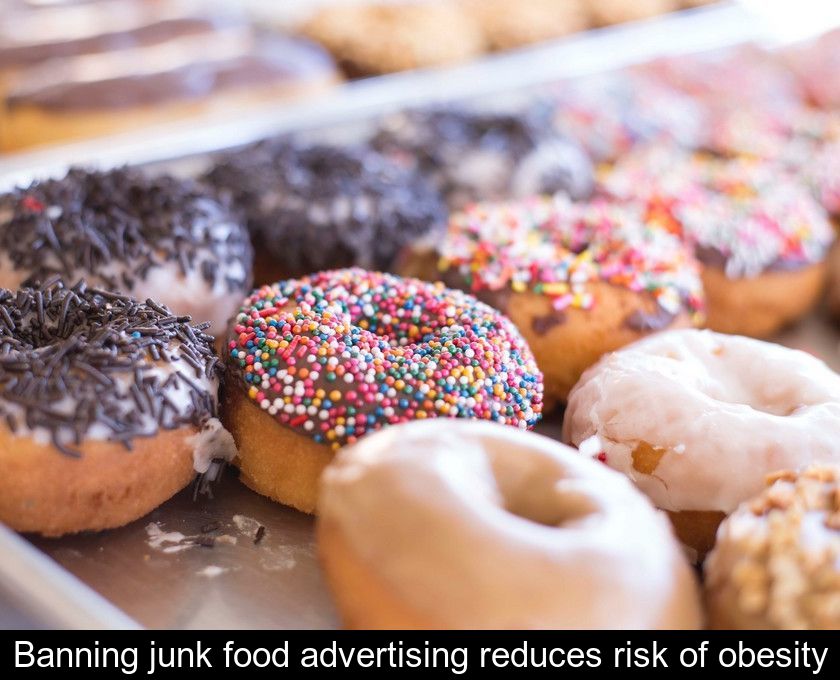 Did you know that the city of London has banned advertising for junk food on public transport since 2019? We could learn from this example because since this measure was taken, a decrease in obesity has been observed. Banning junk food advertising would have a real impact on the food choices of the population and would reduce the risk of overweight and obesity.

The impact of advertising on consumption

We generally underestimate the influence of advertising on our consumption choices, especially when it comes to food products. Pleasure foods such as burgers, appetizer cookies, or candy are often craved when they are displayed on billboards in public places.

However, when consumed in excess, these representatives of junk food promote diseases such as obesity and diabetes.

To avoid encouraging consumers to eat them, British authorities decided to ban junk food advertising on London transport since 2019. And, in just a few months, this simple measure has proven its worth.


A positive effect on obesity rates

The ban on junk food advertising on London transport has been decided in 2019 by Sadiq Khan, the Mayor of London. It affects the Tube, buses, cabs and a number of outdoor advertising sites, such as traffic circles and bus stops.

At the time, this measure targeting foods and beverages high in fat, salt and sugar such as cheeseburgers, salted nuts and candy was described as absurd. Yet a July 2022 study in the International Journal of Behavioral Nutrition and Physical Activity found that it is not at all!

According to this study conducted by researchers from the University of Sheffield and the London School of Hygiene and Tropical Medicine, this measure has had a positive impact on the health of Londoners. Since the ban went into effect, the number of obesity patients has decreased by nearly 100,000 people in one year in the English capital.

To reach this conclusion, the researchers analyzed, via questionnaires, weight and disease trends in the region, as well as the weekly food purchases of 1970 London households.

They then compared these data with those of other people living outside London where junk food advertisements are still allowed.

According to the authors of this study, banning junk food advertising has the dual benefit of being an effective and inexpensive prevention tool.

The effect of this measure is very clear. Before the ban, 2 million Londoners were considered obese and 2.7 million of them were overweight. A year later, the English capital had 94,867 fewer obese people than predicted by the National Health Service (NHS), the UK's public health system, and 49,145 fewer overweight people.

The study authors also found that there were 5000 fewer cases of diabetes and cardiovascular disease than expected. They concluded that this measure 'helps people lead healthier lives without costing them more'.

With these encouraging results, Dr. Chloe Thomas, one of the authors of this study, would like to expand the experiment to the entire country. According to her, the rollout of this ban nationwide would save lives while saving the public health system money. The UK has one of the highest obesity rates in Europe and it costs the NHS £6 billion a year.

In December 2021, the UK government announced new measures to regulate advertising of unhealthy foods on TV, online and in stores.

← Previous Around the world in 80 days: a very successful adaptation on France 2

Next → Blood and Treasure : what is the value of the NRJ12 adventure series ?