Health: What Is An Autoimmune Disease?

Autoimmune diseases affect between 5 and 8% of the world's population. Although they are rare diseases, the number of cases is increasing in industrialized countries. We propose to find out what an autoimmune disease is and how it is treated.

A variety of diseases

The list of these diseases is long as there are nearly 100. Crohn's disease and scleroderma are also among them.

With a prevalence of less than 1 per 2000 population, most of these conditions are classified as rare diseases.

And yet, they represent globally the third cause of morbidity in France, behind cancer and cardiovascular diseases.


A rebellion of the immune system against its own body

What all of these conditions have in common is that they are the consequence of a rebellion of the patient's immune system against their own body.

In a healthy person, the immune system defends the body against external aggressors such as bacteria or viruses, while tolerating its own constituents.

Autoimmune disease occurs when this tolerance is broken and the immune system attacks the body's constituents.

Imaginatively, if we compare the body to a country, we can say that an autoimmune disease is a civil war or revolution within the body.


Diseases that affect one or more organs

There are two types of autoimmune diseases:
- organ-specific diseases in which the immune system attacks the cells of a specific organ
- the systemic diseases where several tissues or organs are affected simultaneously.

For example, some organ-specific diseases attack endocrine glands such as the pancreas in type 1 diabetes and the thyroid in Hashimoto's thyroiditis.

Conversely, lupus is a systemic autoimmune disease because it can affect the skin, joints, heart and kidneys.

With a few exceptions such as type 1 diabetes, women are the ones who are overwhelmingly affected by autoimmune diseases without knowing exactly why.

The causes of these diseases are multiple and are not all clearly identified. Doctors favor the genetic track but also environmental.

On the one hand, certain genetic characteristics of the immune system would lead to a greater or lesser risk of developing an autoimmune disease one day.

On the other hand, the incidence of these diseases is increasing in Western countries.

To explain this phenomenon, doctors put forward several hypotheses: excessive hygiene, but also exposure to chemical substances such as endocrine disruptors and pesticides, the use of medication and chronic stress.

All these factors would lead to alteration of the intestinal wall and its hyperpermeability. This intestinal hyperporosity would promote the passage from the intestines of many toxins into the bloodstream and cause a runaway immune system.

Autoimmune diseases are chronic diseases with multiple and varied symptoms.

They can therefore be difficult to detect. Their diagnosis is always based on a cluster of concordant clues.

Clinical and biological tests are usually required to identify blood abnormalities and specific antibodies before a specific autoimmune disease can be accurately diagnosed.

A common symptom common to most of these diseases is chronic fatigue (fatigue that is difficult to shake off and impairs quality of life).


Diseases that evolve in flare-ups

Autoimmune diseases generally occur in young adults, between the ages of 20 and 30.

They evolve in flare-ups, characterized by the appearance of new symptoms and interspersed with phases of remission.

These flare-ups can occur more or less regularly, sometimes due to well-identified triggers such as sun exposure that revives a lupus.

In the case of specific organ diseases affecting the thyroid or pancreas, the endocrine gland in question is already destroyed at the time of diagnosis.

In the take a lifelong hormone replacement therapy, i.e. insulin to treat type 1 diabetes and thyroid hormones for Hashimoto's thyroiditis.

Some patients with systemic autoimmune disease are fortunate enough to be able to reduce or even stop their treatment between flare-ups. But in most cases, corticosteroids are given long-term to ease pain, reduce inflammation, and avoid sequelae.

Thanks to corticosteroids, which are fast-acting anti-inflammatory drugs, the management of people with lupus, for example, has improved greatly since the 1960s.

In addition, to limit the use of cortisone, doctors now prescribe immunosuppressants. These are drugs that are also used in oncology but are given in lower doses when treating autoimmune disease.

In the future, we can imagine that treatments will be personalized with targeted therapies, capable of inhibiting very specific functions of the immune system.

Researchers continue to work to better understand the mechanisms of autoimmune diseases and to better tailor treatments for individual patients.

Today, a cure for autoimmune disease remains utopian in most cases. However, one can live with it, by adopting a good lifestyle.

Doctors recommend regular physical activity to combat fatigue and a diet rich in fiber, antioxidants, and fatty fish to balance the gut microbiota and reduce hyperporosity of the gut. 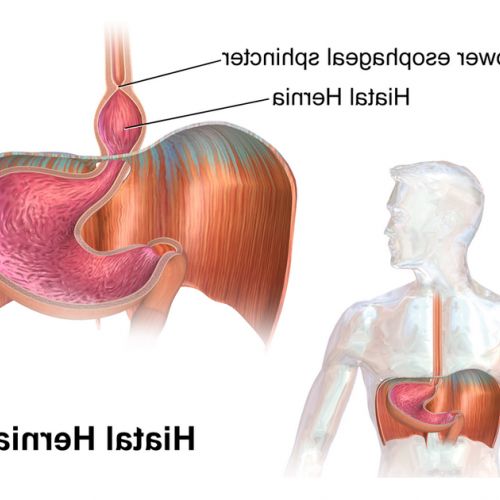 ← Previous Health: what is a hiatal hernia?

Next → Heart: Test your heart health with the staircase test