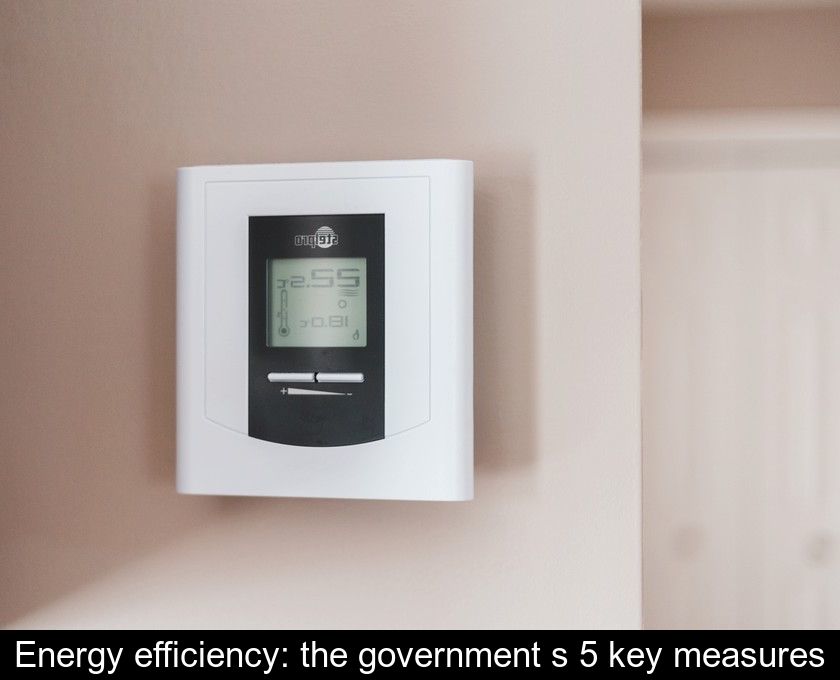 On October 6, the government unveiled its energy sobriety plan to avoid power cuts this winter. We suggest you discover 5 key measures that should help France to reduce its energy consumption.

To achieve energy sobriety in France, the government wants public administrations to lead by example.

It has thus decided to cut off hot water in public sanitary facilities, except for showers. It should be noted that hot water consumption in public buildings accounts for 10% of the state's total energy consumption.

The government has also provided an envelope of 150 million euros to conduct thermal renovation and insulation work in public buildings. This sum should allow the installation of insulation, but also LED light bulbs and smart thermostats.

In case of high tension on the electricity and gas networks this winter, public administrations will have to decrease the heating to 18°C instead of the currently recommended 19°C, both in the private and public sectors.

The incentive to telework will be mainly financial as the Ministry of Civil Service has announced a 15% increase in telework compensation. Set at €2.50 currently, it will rise to about €2.88 in early 2023.

If this measure proves effective in reducing energy consumption, it could also be extended to private sector employees.

Another of the government's 5 flagship measures is the banning of illuminated advertisements between 1am and 6am in all French cities, with the exception of advertisements installed in airports, train stations, metro and bus stations.

A decree was published in the Official Journal to harmonize the rules for nighttime extinguishing of advertisements and this ban came into effect on October 7, 2022.

The extinction obligation will then be extended to illuminated advertisements supported by street furniture from June 1, 2023. Failure to comply with these new rules is punishable by a fine of up to €1500.


4- A decrease in consumption in the municipalities

In the plan of energy sobriety presented by the government, the municipalities are also invited to play the game and to review their consumption downwards.

While large cities like Paris and Marseille have already announced energy-saving measures, all communes, even the smallest ones, are encouraged to reduce public lighting and reduce the lighting time of sports facilities such as stadiums.

In addition, as heating within sports facilities accounts for up to 10% of a city's energy consumption, gymnasiums will have to lower their temperature by 2°C and municipal swimming pools by 1°C.

This energy sobriety plan, which aims to reduce energy consumption in France by 10% by 2024, of course includes involving individuals in this national effort.

In particular, the state has planned for January 2023 a subsidy of up to €65 per household to install a programmer on its boiler. This equipment can indeed adjust the operation of a boiler according to off-peak hours and presence at home.

In addition, Clément Beaune, the Minister Delegate for Transport announced that he wanted to incentivize the French to carpool by introducing a bonus of €100 for people who enter a carpooling scheme.

He also mentioned other avenues such as the introduction of free parking at the entrance to freeways and dedicated carpooling lanes on the roads.

Next → Environment: not everything is allowed on the beach