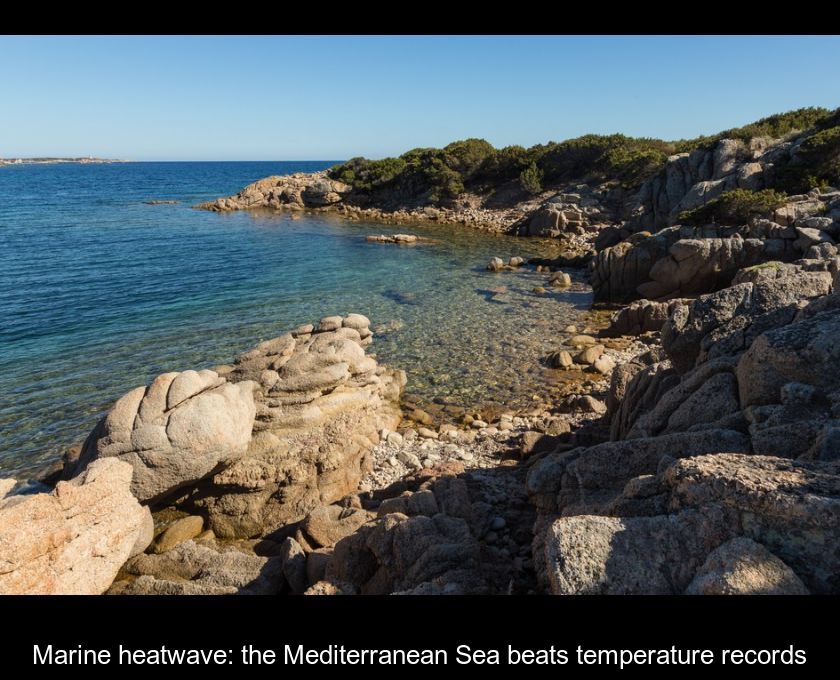 With the successive heat waves that France is experiencing this summer, the land is not the only one to suffer from a heat stroke. Exceptionally high temperatures have been recorded off our coasts, so much so that meteorologists are talking about a marine heat wave.

What is a marine heat wave?

As the name implies, a marine heatwave is an exceptional rise in temperatures seen at sea. This phenomenon was named by IPCC scientists in 2019.

The origin of this phenomenon, of course, are the heat episodes on the coast. When the mercury climbs on land, the sea ends up warming up and bathers on vacation along the Mediterranean this summer were quick to notice!

A small difference is that marine heat waves are not as brutal as land heat waves. The water temperature rises more slowly, but then the heat persists longer.

Depending on the duration of the phenomenon, it can affect only surface waters or deeper waters, with more severe impacts on biodiversity.


How does it manifest itself?

With the successive heat waves that France is experiencing in 2022, the oceans have absorbed excess heat, which has gradually increased the sea temperature.

Temperature records have been broken in the waters of the Mediterranean Sea. In places, the water temperature is up to 5°C warmer than usual at the same time.

At the surface, the water temperature is close to or exceeds 30°C in the Mediterranean and particularly off Corsica. This is a record temperature that had not even been reached during the famous heat wave of 2003.

This is not surprising since, since June 30, 2022, the temperature of the atmosphere has not fallen below 20 ° C on the Mediterranean coast, even at night. More globally, throughout the Mediterranean, the general trend is towards warming since the early 1980s.

The English Channel and the Atlantic Ocean are also affected, to a lesser extent, by this phenomenon. Scientists have noted an increase of 1 to 2°C in their waters and are concerned about it.

With Global warming and increasingly frequent heat waves on land, the marine heat wave could also become a recurring phenomenon. Climate scientists have found that the frequency of these events doubled between 1982 and 2016.


What are the consequences for the environment?

Of course, the most chilly swimmers could rejoice at these temperatures worthy of tropical seas... But in fact, there is nothing joyful about the marine Heatwave because this hot spell off our coasts is not without consequences on marine ecosystems.

When the sea warms up at depth, the impacts on biodiversity are more serious. Indeed, some species such as posidonia meadows cannot withstand a water temperature above 25°C.

Rising temperatures also force other common species such as barracudas and groupers to migrate northwards to find cooler waters.

Furthermore, the increase in sea temperature is not without consequences on the climate. It leads to an increase in atmospheric humidity and favors extreme phenomena such as cevenol episodes and storms.

As a reminder, we speak of a Cevenol episode when rain-laden clouds remain trapped in the Cevennes massif between Lozère and Gard and a Mediterranean episode when the same weather phenomenon concerns the Mediterranean hinterland, for example in Provence or Corsica. This meteorological phenomenon triggers violent and localized thunderstorms, often causing severe flooding.

This is why the website specialized in the forecasting and management of stormy phenomena Keraunos (link below) closely monitors heat waves on land and at sea.

← Previous Marianne : a new series with Marilou Berry on France 2