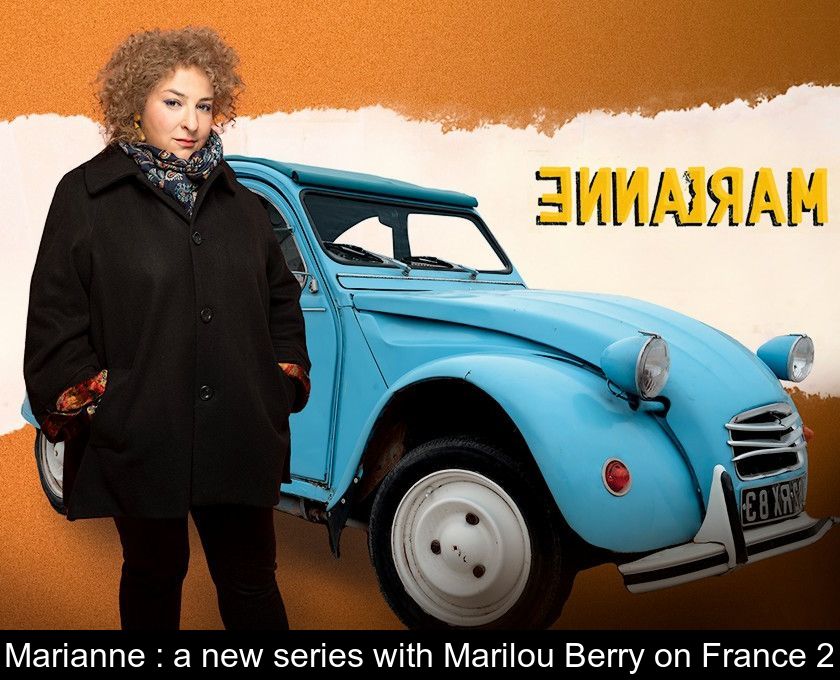 Marianne : A New Series With Marilou Berry On France 2

From Wednesday, September 7, a new crazy investigator played by Marilou Berry arrives on France 2. In a judicial series halfway between thriller and comedy, the actress plays Marianne, a heroine of the same calibre as Captain Marleau.

For its new Wednesday night series, France 2 has recruited an investigating judge from Toulon who is as irreverent as she is effective. Marianne Vauban is an outspoken judge with surprising methods. Her sincerity is disarming, but she does her job with an undeniable humanity.

Accompanied by Captain Pastor and her faithful clerk Yves, Marianne puts all her experience and insight at the service of justice, to investigate complex and tasty cases in a variety of worlds.

This groundbreaking series is loosely adapted from the multi-award-winning documentary Ni juge, ni soumise released in 2017. This film notably received the César for best documentary film in 2019.

In the first episode, the investigating judge Marianne Vauban and Captain Raphaël Pastor investigate a murder masked as a suicide... in the world of country dancing!

In the course of season 1, we will also see the heroine solve the murder of a truck driver who died under the wheels of his own truck, become an expert in thanatopraxy, investigate in the backstage of a cabaret and confront a medium specialized in animal communication...

In parallel to her investigations, Marianne makes it a point of honor to reopen a Cold case that affects her personally: the murder of a prostitute ten years ago. The young woman was the mother of little Zacharie, a gifted teenager now in foster care. The judge is particularly fond of her and has promised to put her mother's killer behind bars.

This colorful character is played by the formidable Marilou Berry who imagined for Marianne an improbable look and diction.

Unrecognizable under a curly mane and behind big glasses, the actress is very comfortable in this new role, yet very far from the one she holds in the series I promise you on TF1.

She did not hesitate to metamorphose and to age a few years to play this character promised to a bright future on public channels.

Add to that the talent of screenwriters Alexandre Charlot and Franck Magnier from Les Guignols de l'info! This duo has chiseled hilarious lines that make all the salt of this new series.

With her engaging and humorous investigations, Marianne should easily win over France 2 viewers. This real-life heroine is a serious competitor to Captain Marleau and his legendary glibness!

The first two episodes of Season 1 (which has six in total) are to be discovered Wednesday, September 7 at 9:10 pm on France 2. The series, which will air for three weeks, is already available in full on the Salto platform.

If viewers are at the rendezvous on France 2, it is likely that Marianne's investigations will return regularly to the air, alternating with other series of the same kind as Captain Marleau or Candice Renoir: criminals have something to worry about!