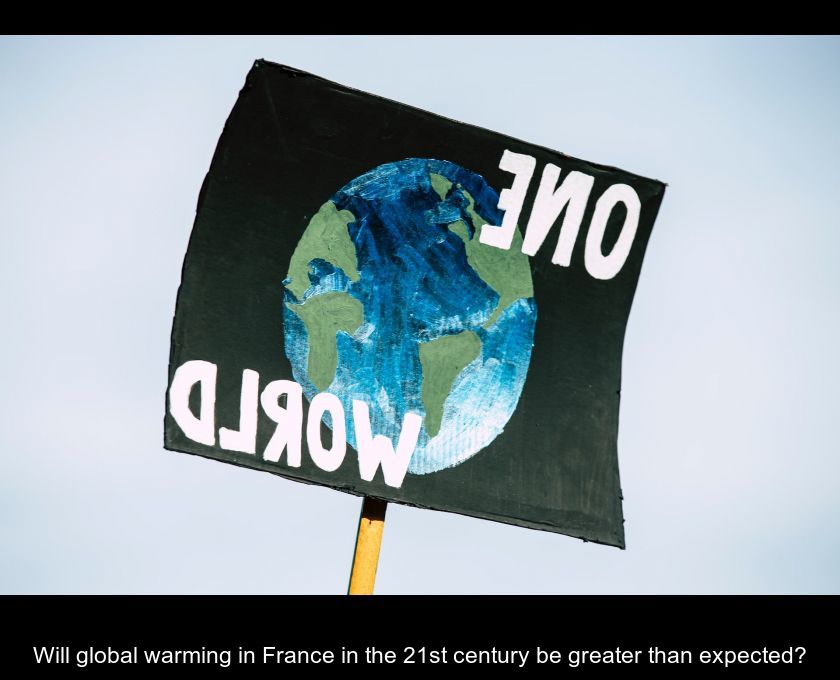 Will Global Warming In France In The 21st Century Be Greater Than Expected?

A group of French researchers associated with Cerfacs (an institute specializing in digital simulation) predicts a 3.8° increase in the average temperature in France. This scenario, which is half of what has been predicted until now, will have consequences for the agricultural sector and the entire ecosystem in France. Will we be able to adapt to this new situation?

Predictive scenarios tested against past measurements

The team of French researchers developed a method, which was used by the IPCC experts to produce the results presented in its 6th report (2021). Broadly speaking, this method uses measurements that weather stations have made in France since 1900, and compares them to simulations based on existing IPCC models. The simulations (for the future) that most closely match the measurements taken (in the past) are therefore considered to be more robust than the others, and the models they use more relevant for predicting the climate.

The particularity of this work, on the validity of the models used to inform the planet about the future of its climate, is to provide results at a sub-continental level. Until now, the scale of the results displayed did not correspond to the scale of the powers really able to take the necessary decisions to act accordingly. Indeed, the IPCC identifies scenarios on a continental scale when decisions are still mostly taken country by country. Thanks to this team of multidisciplinary researchers, it is now possible to have predictive elements that are addressed to the governments actually in charge of defining public policies.

The surprising origin of the temperature increase

There has long been no doubt that anthropogenic activity (what is produced by human action) is the main cause of greenhouse gas production, whose increase over the last two centuries is itself the cause of the abrupt climate change observed over the last three or four decades.

What is more surprising to the researchers, whose work was published in early October 2022 in the journal Earth Systems Dynamics, is the role played by aerosols in this climate change: released in large quantities until the 1980s, aerosol particles have been concentrated in the atmosphere, literally "shielding" the warming caused by solar radiation. During the same period, pollution due to the combustion of fossil fuels (oil, gas, coal), warmed the atmosphere. The combination of the two (aerosols and combustion) cancelled out their opposite effects.

By drastically reducing the production of aerosols for more than thirty years, public policies and the progress of cleaner technology have reduced the effects of aerosol particles and have thus mechanically increased the impact of human activity on global warming.

Commitments to be respected to avoid climate change

It is therefore clear that a strict policy of decarbonization of the economy (and therefore of limiting the production of pollutants from combustion) is the only way to save the planet from a scenario that predicts a 3.8° increase in the average global temperature in 2100.

This seems to be the path that the commitments made by the most polluting countries (i.e. those where human activity has the greatest impact on the climate) are leading us to.

However, such a perspective, if it is reached, is no less frightening. For France, it means summers that are 5° hotter on average than a hundred years ago, regular and numerous temperature spikes, and long and severe droughts. Beyond the difficulties of living that will lead everyone to adapt, it is also the whole ecosystem that will have to react or disappear, starting with the agricultural industry, which is one of the most productive sectors of our economy.