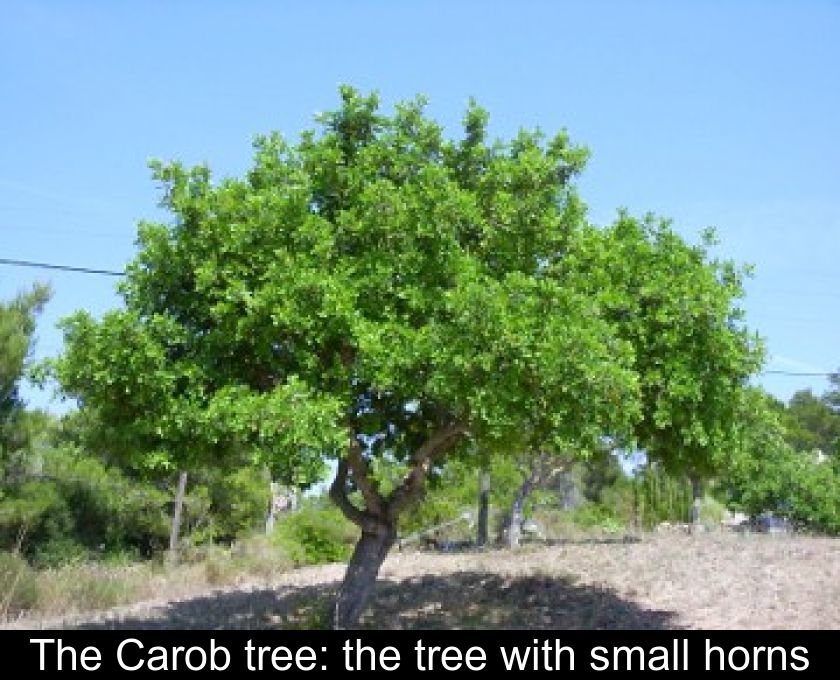 The Carob Tree: The Tree With Small Horns

The carob tree is native to the Mediterranean countries. It produces the carob, a kind of fruit formed by a pod that contains seeds. It is a very old but poorly known plant, which has been cultivated since antiquity.

Presentation of the carob tree

The carob tree is a tree of about five to seven meters (exceptionally 15 meters), which takes its origins in the Mediterranean regions: southern Europe, the Near East, North Africa, the Canary Islands. It is a dioic tree, i.e. mono-sexual (each foot bears male or female flowers) that belongs to the fabaceae family.

The name "carob tree" is an Arabic term {{what|al-kharroube (ahkhabou)). Its Latin name, Ceratonia comes from the Greek Keratia meaning "little horn" after the shape of its fruits, carobs. A reference to the carob tree can be found in the Bible: Carobs (sometimes translated carobs or pods) are mentioned in the Gospel according to Luke (chapter 15, verse 16). The latter having squandered all the fortune given by his father "would have liked to fill his belly with the carobs eaten by the swine, but no one would give him any."

The carob tree has a thick, twisted trunk with rough, brown bark. Its leaves are oval, dark green and shiny on top and reddish on the bottom. They measure 12 to 30 centimetres long. Its foliage provides welcome shade in hot countries. They form a very effective curtain against noise.
The carob tree is in flower from August to September. Its flowers are small, gathered in clusters and red in colour. It produces fruits in the form of pods 10 to 30 centimetres long and 1.5 to 3 centimetres wide that are called carobs. 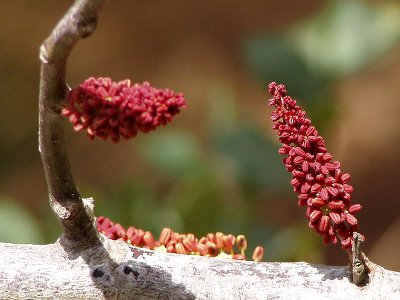 Locust beans are pods that are green when fresh and turn brown as they dry. Each pod is filled with very hard brown seeds, about 15 to 20 seeds per pod. The seeds are surrounded by a yellow, mealy, sweet-tasting pulp. Carob is used in different ways depending on the region. Its chocolate flavor makes it the counterpart of cocoa for poor countries, but it does not contain theobromine and caffeine like cocoa. It is rich in oligo-elements, it contains iron, calcium, phosphorus and magnesium. The Berber zayanes use it for its medicinal virtues because it contains fiber. It is ideal for intestinal problems and is frequently used in cases of diarrhea or constipation in children. It is also believed to have antitussive and slimming properties and to help with memory loss and mental fatigue. Its use in addition to food is judicious, there are no contraindications but it is better to ask the advice of your doctor anyway.
In Cyprus, carob is used to make confectionery, the texture resembles that of barley sugar but dark in color. In Lebanon carob is processed into natural molasses to which sesame oil is added.
The fruits are used to make carob flour and carob gum. The gum is made from the brown husk that covers the seeds and acts as a thickener. It is used in the food industry but also in textiles, paper, pharmaceuticals and cosmetics. Carob gum is of a composition close to agar agar derived from seaweed and could therefore replace the latter, totally overexploited in European countries.
Carob flour is still used as an additive for ice cream, pastries and health foods (as carob does not contain gluten). Carob flour can be mixed with baby milk powder, replacing wheat flour. It helps to fight against infantile gastroesophageal reflux. It is also less allergenic than cereal flour.

Cattle (cows, horses, sheep, goats) are fond of carobs which are sometimes mixed in their feed.

Carob seeds must be fresh to germinate because once dry they will not absorb water. They can be planted in the spring or fall.
The carob tree is a tree that grows in many types of soils including hillsides with deep sandy or free soil, even arid. It does not tolerate acidic or soaked soils but requires good drainage. Watering must be provided during very dry seasons if the tree is grown for its fruit. However, it is very drought resistant, so it can be placed in the sun.

Young trees should be planted out of the wind so that their leaves and flowers develop well. They can also suffer from frost. Once well developed they can withstand temperatures down to -7°C, but frost during the flowering period sometimes reduces or prevents fruiting. The tree is best grown in regions with a Mediterranean climate.

The tree should be pruned regularly so that it opens up and air and light can penetrate. Young wood can be removed without affecting the yield of the carob tree as the flowers grow on wood that is at least 3 years old. Remove tangled or overgrown branches and any damaged or diseased wood. 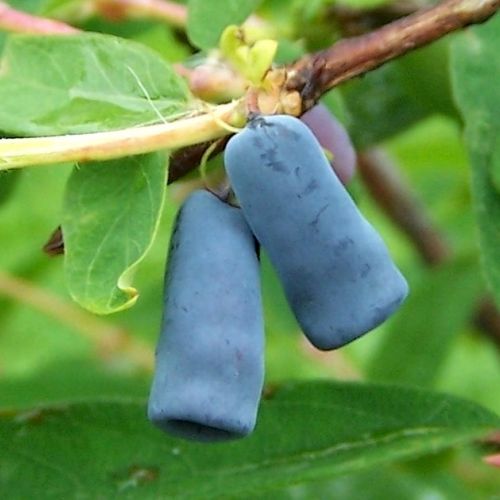 ← Previous The camerisier or edible honeysuckle: an amazing shrub 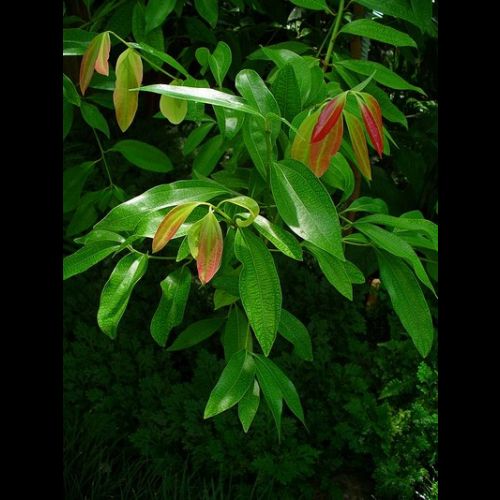 Next → The Ceylon cinnamon tree: the tree that gives cinnamon