Umami: 5 Things To Know About This Mystery Flavor

As mysterious as it is delicious, umami is a particularly addictive flavor. That's why it's considered the culinary 7th heaven! Here are 5 things to know about this mystery flavor.

1- It is difficult to define

While we all know from an early age how to identify the 4 basic flavors of sweet, salty, sour and bitter, the umami is much more difficult to recognize and define.

In fact, it was not until the beginning of the 20th century that a Japanese researcher from the University of Tokyo identified this fifth flavor and named it 'umami', meaning 'delicious taste'!


2- It is not the prerogative of Japanese cuisine

Contrary to what its name might suggest, umami is not a flavor found exclusively in Japanese cuisine.

Certainly, it is often associated with glutamate-rich foods, such as seaweed, soy sauce and nuoc mam.

But it is not the exclusive preserve of Asian cuisine, as it is also found in our grandmothers' long-simmered meat dishes, aged cheeses, charcuterie, mushrooms and truffle oil!

Far from being exclusively Japanese, this fifth flavor is universal and universally appreciated because it is encountered from the beginning of life, in mother's milk! It is said to be the first flavor that a baby discovers when sucking on its mother's breast.

It is found in all the cuisines of the world, from Asia to the United States, through Italy and France. This is evidenced, for example, by the widespread use of Worcestershire sauce and ketchup so popular in Anglo-Saxon countries.

As its meaning in Japanese indicates, umami is a delicious taste.

Although it is fairly basic and neutral in itself (it can be defined as the taste of beef broth without salt), it acts as a flavor enhancer.

It spreads in the mouth and stays on the tongue longer than the other 4 basic flavors. The sensation you get from its contact is addictive and makes you want to refill.

4- It is a culinary grail

Eighty years before a University of Tokyo chemist named this umami flavor, the cook Brillat-Savarin, a great theoretician of French gastronomy, had referred to it in his book Physiology of Taste as osmazome.

Although this word did not attract attention at the time, in 1825, it is indeed the same flavor that is today considered a culinary Holy Grail.

This flavor is notably present in dashi the Japanese broth that serves as a base for miso soup enhanced with seaweed and mushrooms as a bonus.

It is also what makes certain foods or dishes such as traditional Provençal daube, long simmered meats, salmon, anchovies and aged cheeses such as Parmesan, Roquefort and cheddar so delicious.

Contrary to what you might think, it's not very complicated to put umami in your dishes.

All you need to do is use ingredients that are naturally rich in umami, such as mushrooms, ripe tomatoes or parmesan cheese (so it's easy to see why pizza is such a universally loved dish!).

To experiment with this fifth flavor, you can also cook with condiments that contain a lot of it like soy sauce, miso paste, oyster sauce, ketchup and nuoc mam. Enough to give all your dishes a little taste of homecoming! 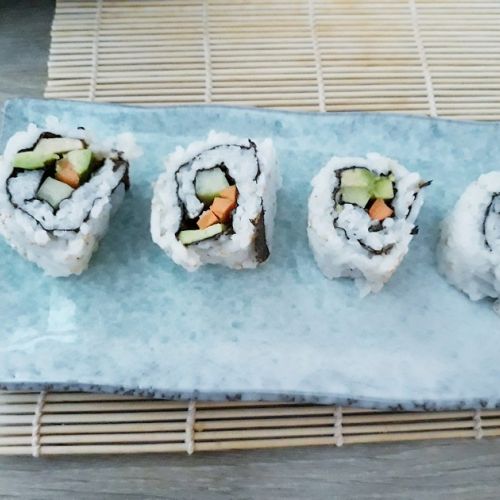 Next → Vegetarian california rolls: the recipe in pictures