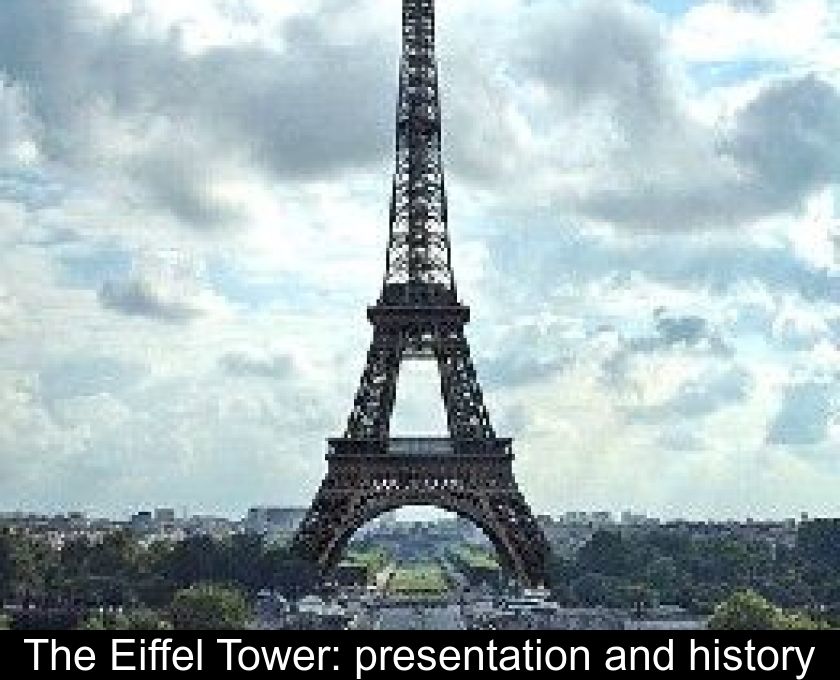 The Eiffel Tower: Presentation And History

The Eiffel Tower is an emblematic monument of Paris, built by Gustave Eiffel for the Universal Exhibition of 1889. Today, it is the most visited paying monument in the world, with 6.893 million visitors in 2007. We invite you to discover some of the secrets of the 'Iron Lady'.

The symbol of France

The Eiffel Tower, which has become the symbol of France and its capital, is a puddled iron tower built by Gustave Eiffel and his collaborators for the 1889 World's Fair.

Originally named the 300-metre tower, the monument was thought by Eiffel to be a 'summary of contemporary science'.
It is located at the end of the Champ-de-Mars, bordering the Seine.

History of its construction

On the occasion of the Universal Exhibition of 1889, which marked the centenary of the Revolution of 1789, the reborn Republic wanted to make a splash.
It launched a major competition in the Journal officiel challenging engineers to 'raise an iron tower on the Champ-de-Mars, with a square base, 125 metres on each side and 300 metres high'.

The project of the contractor Gustave Eiffel, the engineers Maurice Koechlin and Emile Nouguier, and the architect Stephen Sauvestre was finally selected from 107 projects.
Gustave Eiffel signed an agreement with the government on January 8, 1887.

This project represented an extraordinary technical feat for its time: its design required 5300 drawings by 50 engineers and draftsmen.
More than a hundred workers prefabricated more than 18,000 parts in the workshop and 132 workers worked on the site during assembly.

In 1898, Eiffel had a weather laboratory installed at the top of the tower, and a few years later, in 1901, a permanent radio transmitter.
The tower, which has been used for many scientific experiments, is still used today as a transmitter for radio and television programmes.

Who was Gustave Eiffel?

Alexandre Gustave Bonnickausen, known as Gustave Eiffel, was born in Dijon, on December 15, 1832 and died in Paris on December 27, 1923.
In 1852 he entered the École centrale des arts et manufactures in Paris and graduated as a chemical engineer in 1855.

In 1856, Eiffel met Charles Nepveu, a steel construction contractor. He demonstrated his engineering skills by building the Bordeaux railway Bridge in 1858.

Gustave Eiffel is also famous for having contributed to the Statue of liberty in New york and for having participated in the construction of the Briare bridge-canal (1896).

The Eiffel Tower in figures

Originally 300 metres high, the tower has been raised by numerous antennas and is now 325 metres high. It has remained the tallest tower in the world for over 40 years.

In 1903, it was considered to be demolished.
Starting in 1910, the TSF installed at the top of the tower broadcast signals to the entire world. The Eiffel Tower was also used for the debut of Television in France in 1925.

It lost its title as the world's tallest monument in 1930: it was then overtaken by the Chrysler Building in New york (318.9 meters with the antenna).

The Eiffel Tower has inspired countless artistic representations and has been the subject of many sumptuous illuminations. It has also been the envy of other countries that have built replicas of the famous monument.

Next → The Festival des Mots: a summer event in the Alpes-Maritimes