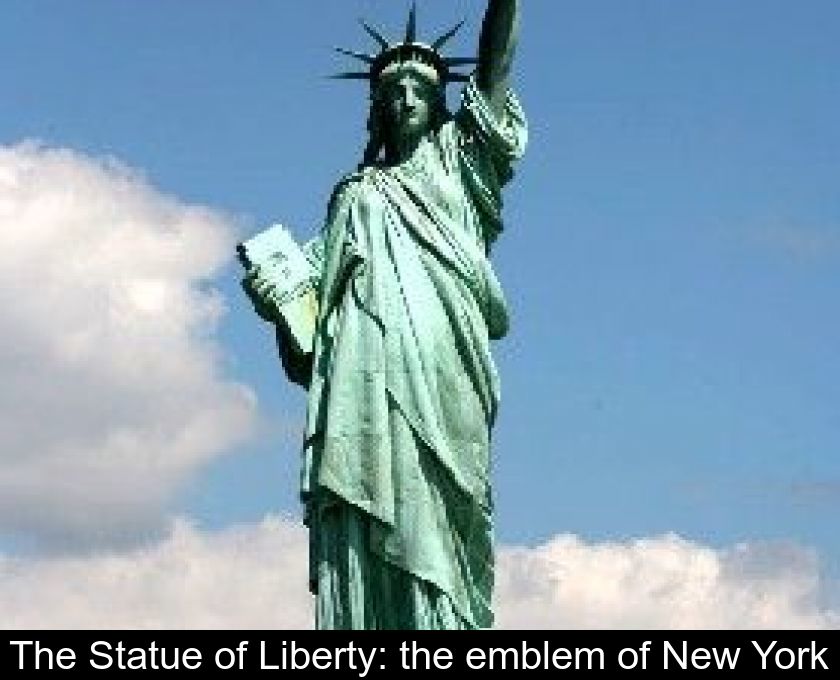 The Statue Of Liberty: The Emblem Of New York

The Statue of Liberty, which has marked the entrance to New York Harbor since 1886, is not only one of the city's most famous monuments but also a national emblem of the United States. Here is the history and characteristics of this colossal statue which was offered by France as a token of Franco-American friendship.

The Statue of Liberty, located on the small island of Liberty Island south of Manhattan, was long the First image emigrants arriving at Ellis Island had of America.

The birth of this project

It was the politician and historian Edouard Lefebvre de Laboulaye who came up with the idea of making a gift as a token of Franco-American friendship, on the occasion of the centenary of American independence.

The project for a statue to be completed in 1876 to celebrate the centennial of Independence was entrusted to the Alsatian sculptor Frédéric Auguste Bartholdi.

He made a First sketch of the future Statue of Liberty in 1870. In June 1871, Bartholdi went to the United States in person to scout the site of Bedloe's Island in New york Harbor (the island was later renamed Liberty Island in 1956).

History of its construction

Frédéric Auguste Bartholdi devoted more than 20 years of his life to the creation of this statue, which he wanted to erect as a hymn to freedom.

The construction of this colossal statue began in 1875 in the Gaget-Gauthier workshops in Paris and its various parts were made in France until 1884.
As for the internal metal framework to support 300 shaped and riveted copper plates, it was built by Gustave Eiffel (the father of the Eiffel tower the other great work of the late 19th century).

During its construction and until its dismantling, the Statue of Liberty became the most visited monument in Paris. It was then sent across the Atlantic on a frigate from Le Havre and received a triumphant welcome in New York Harbor on June 17, 1885.
Once at its destination, the statue was reassembled in four months and inaugurated on October 28, 1886 by President Grover Cleveland.

Features of the Statue of Liberty

The Statue of Liberty, which has been on UNESCO's World Heritage List since 1984, depicts a woman draped in a toga holding a torch in her right hand.
The structure is covered with a thin layer of copper except for the flame which is covered with gold leaf. 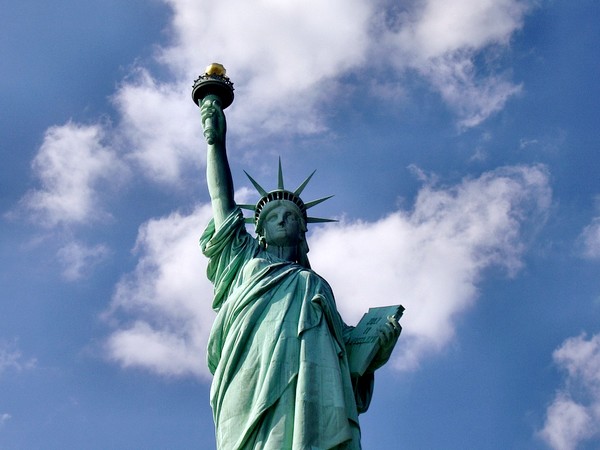 She is wearing a crown whose seven points symbolize the 'Seven Continents' (North America, South America, Europe, Asia, Africa, Oceania and Antarctica) and the seven oceans of the globe (Arctic, Antarctic, North and South Atlantic, North and South Pacific and Indian).
In her left hand, she holds tablets on which in Roman numerals 'July 4, 1776', the date of Independence Day, can be read.
At her feet are broken chains that symbolize the abolition of slavery.

The height of the Statue of Liberty is 46.5 meters, but the height separating the base of the pedestal from the torch is 92.9 meters. It weighs over 200 tons!
The statue faces east, which means Europe, its home continent.

The Statue of Liberty served as a Lighthouse between 1886 and 1902. A Lighthouse keeper had even been assigned to the Statue and its beam of light could be seen from 39 kilometers away.

The current torch is not the one the statue carried when it was unveiled: this new gold-leafed torch is lit by lamps on the surrounding balcony. The old torch is now on display in the museum located in the hall of the structure.

The Statue of Liberty has been copied and reproduced in various scales in various locations around the globe.
One of the replicas of the monument can be found in Paris on the Ile des Cygnes: this 11.50 m high statue stands at the height of the Grenelle Bridge, near Bartholdi's former workshop.

Next → The Taj Mahal: one of the new seven wonders of the world