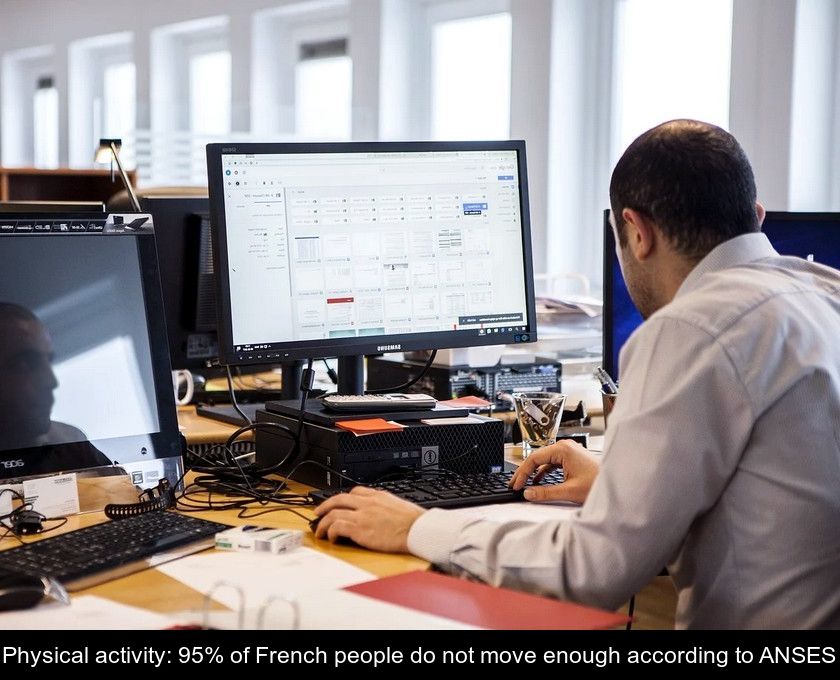 Physical Activity: 95% Of French People Do Not Move Enough According To Anses

If you think that a sedentary lifestyle only affects a minority of people in France and that you are not concerned by this problem, think again! According to a study of the ANSES, published last February 15, 95 % of the French are threatened by this plague. Explanations.

The vast majority of French people are concerned

In France, prevention campaigns such as the famous Manger Bouger campaign attempt to raise awareness of the health risks of a sedentary lifestyle.

And yet, it seems, too many of us still underestimate them and fail to achieve the recommended levels of activity for health.

Besides, it would be wrong for you to be unconcerned about this problem, just because you play a sport once or twice a week.

According to a study conducted by ANSES, the French National Agency for Food, Environmental and Occupational Health Safety, 95% of French adults see their health threatened by a lack of physical activity.

According to a study released on February 15, 2022 (see link below), only 5% of French adults are physically active enough to protect their health.

It is therefore almost the entire French population that is exposed to a health risk due to its sedentary lifestyle.

Still according to this study, 38% of adults are exposed to more than 8 hours of sedentary behavior per day, at work, in the car, in front of the TV etc.

To measure the physical activity of the population and reach this conclusion, ANSES based itself on two studies it had conducted in February 2016 and June 2017 in adults, excluding pregnant and postmenopausal women.


Women are more exposed than men

The study also found that women are at greater risk for sedentary behavior than men.

Indeed, 70% of them are below all recommended activity levels for good health, compared with 42% of men.

The analysis also shows that adults with a low level of education and those under 45 years of age are the most affected by a lack of physical activity.


The consequences on health are numerous

A sedentary lifestyle also increases the risk of developing hypertension and obesity.

The health risk is even greater when several factors combine. In France, more than a third of adults combine a high level of sedentary behavior (i.e., a large number of hours spent sitting) with insufficient physical activity.

Yet, according to ANSES, these are preventable health risks, provided that sports practice is encouraged and taken into account in public policies.

'It is the very organization of our lifestyles that must be reviewed, whether in the public space, leaving more room for active mobility such as cycling or walking, or in the workplace by promoting the practice of sports and limiting sedentary time, or in the school system by increasing the space and time dedicated to physical activities and sports.', explains Prof. Irene Margaritis, head of the Unit of evaluation of risks related to nutrition at the ANSES.

The physical activity recommended for its protective effect on health is not limited to sports.

It encompasses all forms of daily activity that allow for movement, whether they are work activities (bike commuting and time spent standing) or leisure activities (such as Gardening or shopping, for example).

Conversely, spending more than 8 hours per day in a sitting position is a health risk. This sedentary time includes time spent in front of a screen (TV or computer), but also sitting in the car or at work.