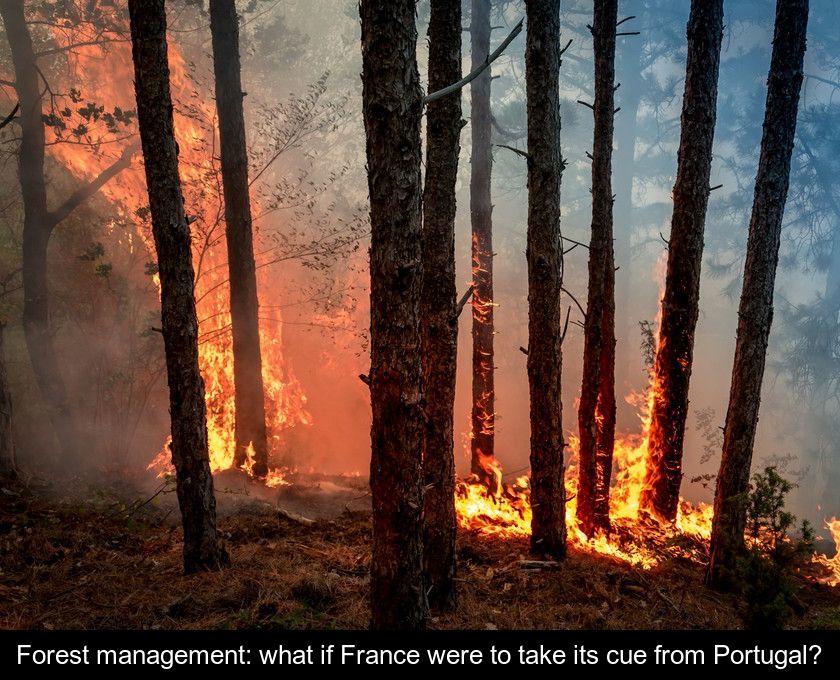 Forest Management: What If France Were To Take Its Cue From Portugal?

As fires continue to burn in France, the future of our forests appears more than ever to be a priority issue. The fires that ravaged the Landes forest proved that our country must adapt its forest management to global warming. To achieve this change, the fire prevention policy of our Portuguese neighbors could serve as an example.

Since the beginning of June 2022, numerous fires have been ravaging French forests. More than 47,000 ha of forest massifs have already gone up in smoke since the beginning of the year in France, which represents the equivalent of the city of Paris and part of the inner suburbs.

This sad record can of course be explained by the heat waves that have followed one another over our country for several weeks. Exceptional climatic conditions combining wind, overwhelming heat and Drought favor fire starts everywhere in the country and not only in the south of France anymore.

To face a maximum fire risk, the usual prevention measures (such as the obligation to clear brush and the prohibition to light fires or to access certain areas) are of course necessary but no longer sufficient. In order to protect our forest massifs from these mega fires, we must also rethink forest management, their development and the choice of species.


Forests to be rethought

The mega fires that ravaged the Landes forest in July 2022 have barely been brought under control and local authorities are already thinking about replanting the devastated landscape. This disaster left its mark, with no less than 21,000 ha of charred forest in Gironde.

This disaster is impressive, but it may offer an opportunity to adapt Europe's largest man-made forest to the new climatic conditions, especially since the President of the Republic Emmanuel Macron promised on July 20, 2022 a major national project to revive this forest.

Several options are being considered to reconstitute the Landes forest by better protecting it from fires. Some want to reforest the area identically, others would prefer to let the forest regenerate on its own and still others want to plant other species more adapted to global warming.

The maritime pine, which resists Drought well and supplies the French timber industry, has the major disadvantage of being particularly flammable because it is full of resin. A greater diversity of species, with the planting of oaks for example, would help slow the progression of flames in the face of smaller fires.

It was in the wake of a deadly disaster (the historic autumn 2017 fires that had ravaged more than 560,000 hectares of forest and killed 64 people) that Portugal became a model for forest management and fire prevention.

The country has changed the way it manages the risk of forest fires by directly addressing the roots of the problem: lack of maintenance, lack of information to the population, and the predominance of extremely flammable eucalyptus trees.

The Portuguese government decided to prohibit the planting of eucalyptus and embarked on a complete redesign of the landscape in the center and north of the country. In addition, it has decided to increase public awareness of the risk of forest fires and to better inform residents about choosing evacuation routes.

Portugal has created a fire management agency or Agif (link below) to carry out a comprehensive prevention policy including different measures:
- maintaining rural areas
- cutting down eucalyptus trees near villages
- replanting local tree species
- developing eco-pasture with goats and sheep.

This policy of forest management and fire prevention is now of interest to other European countries such as France, but also to other parts of the world that are often affected by fires, such as Australia, California and South Africa.

Next → Halloween: 3 good reasons to choose your family costume