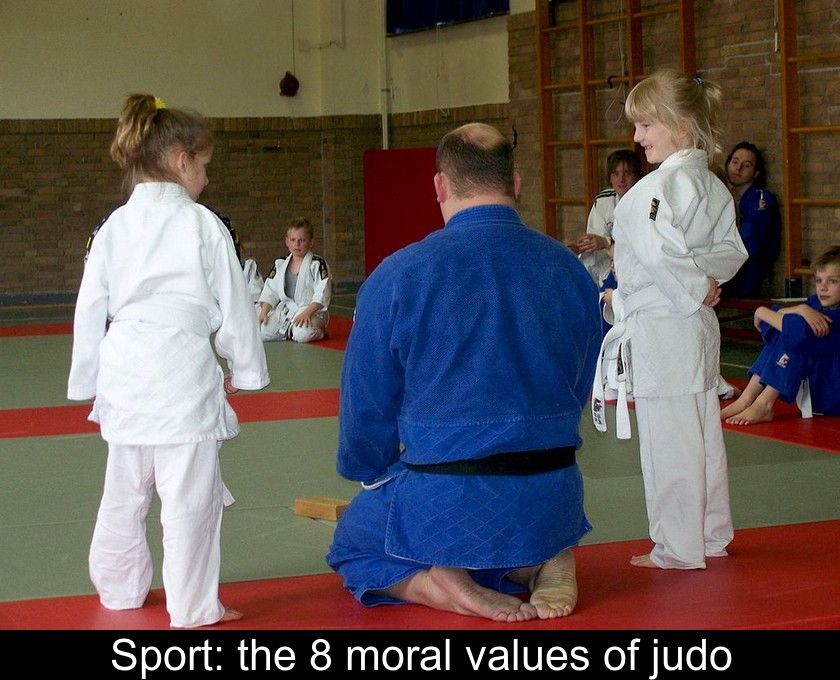 Sport: The 8 Moral Values Of Judo

As the new school year approaches, have you considered enrolling your children in judo? In addition to its health benefits such as developing flexibility, coordination and balance, this discipline has the advantage of instilling in children a true code of honor. The 8 moral values of judo have great educational virtues, within the framework of this sport activity and well beyond.

A moral code inspired by the samurai

If judo is a popular sports activity for parents and children alike, it is not just for channeling children's energy and providing physical benefits.

This martial art also has a real educational interest because it allows to transmit a whole set of values to the children who practice it.

The moral values of judo, which are inspired by the moral code of the Japanese samurai, are eight in number. We will introduce them in more detail below.

Contrary to what one might think, physical confrontation is not the main objective of this discipline. In judo, fighting is only a pretext to allow practitioners to acquire better self-control.

To achieve this, the judoka strives to apply in his daily life and in the dojo the following 8 moral values:
- modesty
- politeness
- sincerity
- friendship
- self-control
- courage
- respect
- honor


A practice based on respect

The 8 moral values of judo dictate the attitude the practitioner should have in the dojo.

The modesty consists, for example, in not boasting every time you knock down an opponent. It invites the practitioner to know how to recognize his weak points and to take into account the criticisms to progress.

The politeness implies arriving on time to each class, being polite to one's teacher and keeping quiet when he or she speaks, but also greeting one's opponents before and after each exercise. In judo, each confrontation always begins and ends in silence and with a bow.

Sincerity is not lying and not cheating. It involves accepting all aspects of this sporting activity, including unpleasant emotions such as fear, anger or wounded pride.

Friendship also figures in the moral code of this discipline because judo allows one to become a better comrade and to form many strong friendships.

The self-control consists of controlling one's emotions. Practitioners are asked to remain calm and listen to others in all circumstances. According to the moral code of this combat sport, the judoka must have the same calm attitude in victory as in defeat.

The courage consists of persevering even in difficulty, always doing what one believes is right and of course not being afraid to lose.

The respect is the value that cuts across all the others. It consists of not thinking only of oneself, knowing how to put oneself in the place of others and recognizing their value. In judo, one must learn to respect one's teacher and training partners but also one's opponents.

The honor consists of being true to one's word, being willing and trustworthy. In the dojo, this value is mainly reflected in the judoka's attitude toward others. Each student must be friendly to others and always willing to do his or her best to progress.


A code of conduct inside and outside the dojo

Beyond the undeniable interest of physical activity for health, judo is beneficial to children by the values it transmits.

The philosophy behind this martial art allows growing all practitioners, young or old.

Indeed, when a judoka applies the 8 moral values of judo in the dojo, he ends up adopting this code of honor outside, in his daily life. More than just a sport, judo is therefore a school of life.

← Previous Santa's secretariat: how does it work?

Next → The adult vacation notebook: the essential summer accessory