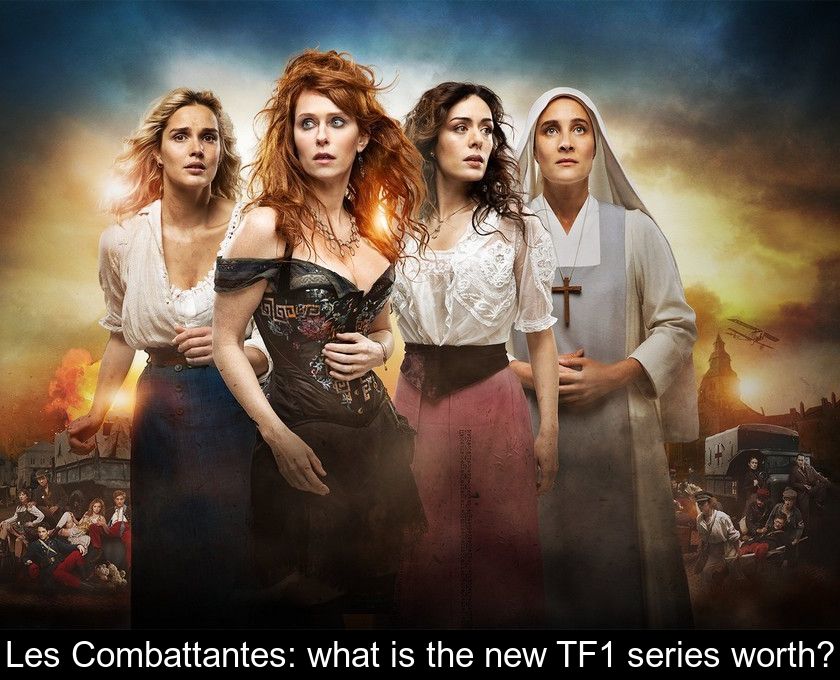 Les Combattantes: What Is The New Tf1 Series Worth?

From September 19, TF1 launches a new series with a beautiful gallery of female characters. As its title indicates, the great historical fresco Les Combattantes honors four women in wartime. But is this 8-episode saga worth watching?

A series in the tradition of the Bazaar of Charity

If you loved the Bazaar of Charity, which was a hit at the end of 2019, you have every chance to love the new historical fresco of TF1. Indeed, it should be noted that the series Les Combattantes is carried by the same producer and by the same director, Alexandre Laurent.

On the casting side too, you will not be disoriented since the channel has called on the same actresses for three of the four heroines of the saga. In a new historical context, Audrey Fleurot plays a prostitute, Julie de Bona becomes the mother superior of a convent and Camille Lou plays a runaway nurse accused of homicide after an abortion gone wrong.

To this trio well known to fans of series on TF1 is added a fourth character played by Sofia Essaïdi. The former Star Academy contestant plays the wife of a captain who has become the boss of the family business in spite of herself.

With the series Les Combattantes, TF1 transports us to a completely different era, at the heart of the First World War. The series begins at the beginning of the conflict, on September 12, 1914, in eastern France. As the war disrupts daily life, four women will cross paths, ally themselves and face adversity.


In order to provide viewers with a historical reenactment that lives up to the script's ambitions, the production didn't skimp on the financial means. Thanks to a partnership with the Netflix platform, this saga was able to benefit from a budget of over 20 million euros.

The result is up to the mark with magnificent period costumes, very detailed reconstructed sets and the beautiful landscapes of the Vosges as a bonus. The filming took place in the Grand Est for the outdoor scenes and in the Île-de-France for the interiors and the airplane scenes in flight. As for the scenes inside the convent, they were shot in the Hauts-de-France.

The means deployed are impressive since this shooting required over 1300 costumes, 600 uniforms, 130 horses, 200 vehicles and the construction of 8 period ambulances.

It is rare that the Great War is approached from a female point of view as in Les Combattantes. Women have been the great forgotten of the stories about this period and yet, once their husbands left for the front, they had to run the country.

To tell this new story and new destinies of extraordinary women, TF1 did not hesitate to recall the same actresses. So we find the actresses of the Bazaar of Charity in a completely different context. They slipped effortlessly into the skin of new characters, passing from the end of the 19th century to one of the most deadly wars in our history.

The casting keeps all its promises with the arrival of an enthusiastic Sofia Essaïdi and very strong roles for Camille Lou as a feminist before her time and Audrey Fleurot as a girl of joy.

The secondary roles are just as delightful with Sandrine Bonnaire as a cantankerous mother-in-law, Laurent Gerra surprising in a priest's robe or Tom Leeb as an overworked surgeon in a military hospital.

This great fresco also mobilized more than 3,000 extras, 200 of whom were brought together for a single sequence!

But of course, all these material and human resources would be in vain if they were not put at the service of a good story. From the very first minutes, the series Les Combattantes draws us into a plot that is as romantic as it gets, where we can easily identify with each of the four heroines.

With its choral film mechanics and heroines in turmoil, this saga should work wonderfully with viewers and especially female viewers.

To know in which character you will recognize yourself the most, go tonight at 9:10 pm on TF1! The 8 episodes of 52 minutes will be broadcast at a rate of 2 episodes every Monday evening from September 19th.

To note: if you love this type of historical saga, know that the producer Iris Bucher and director Alexandre Laurent have announced to think about a third fiction that would take place in the 1960s and would close this trilogy dedicated to women.