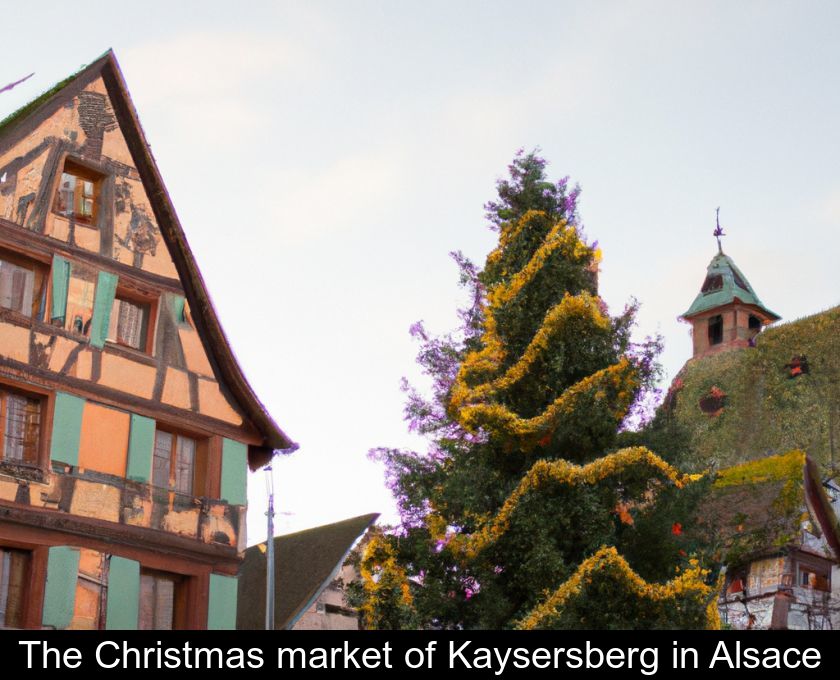 The Christmas Market Of Kaysersberg In Alsace

Ten kilometers from Colmar, the medieval town of Kaysersberg is one of the most beautiful villages in Alsace. The town, famous for its authentic Christmas market, celebrates Advent in a fairy tale of lights. Wonderment guaranteed for young and old!

Celebrate Christmas in the Land of Stars

A picturesque medieval town, nestled in the shadow of its castle ruins, Kaysersberg is located ten kilometers from Colmar in what is known as the 'Land of Stars'.

The Pays des Etoiles is located in the center of Alsace and includes the following localities: Colmar capital of Alsace wines, Eguisheim one of the most beautiful villages in France, Kaysersberg, Riquewihr and Ribeauvillé as well as Turckheim cradle of the night watchman, Munster, Neuf-Brisach Vauban city classified as a Unesco world heritage site and finally Rouffach city of witches.

On this territory, 6 communes (Colmar, Eguisheim, Kaysersberg, Riquewihr, Ribeauvillé and Munster) are labeled Christmas towns and villages since 2006. This means that they offer an atmosphere, decorations, illuminations and animations during the entire Christmas period from the first weekend of Advent until Epiphany.

The magic of Christmas settles in Kaysersberg from the end of November to the beginning of January with illuminations, fairy decorations and delicacies...

Events galore punctuate the period from Advent to Epiphany:
- opening of the 'Christmas time' with the sound of all the bells of the churches of Alsace at 5 pm on the last Friday of November
- opening of the Christmas market of Kaysersberg, known in the whole world for its authenticity
- passage of Saint Nicolas at the beginning of December

For 25 years, the Association Noël à Kaysersberg has organized an exhibition dedicated to the enchantment of Christmas. The theme chosen this year is Christmas in song and the exhibition features traditional Christmas songs (Saint Nicholas patron saint of schoolchildren, He was born the Divine Child, Silent Night, Little Santa Claus...).

The exhibition 'Christmas in Songs' is open to the public from Friday, November 28, 2014 to Sunday, January 4, 2015 during the opening days of the Christmas market from 10am to 8pm and from 2pm to 6pm on other days. It is held Salle de l'Arsenal (next to the Tourist Office). Free entrance.

In addition, concerts are offered every Sunday at 4pm, in the Sainte Croix church.

You can also participate in a Treasure Hunt in the streets of Kaysersberg (until January 6). Ask for the game booklet at the tourist office and unearth 11 clues. There is a reward for those who have found the name of the treasure!

Finally, be sure to visit the Christmas Cellars: this label is awarded to wine cellars that offer, in addition to the classic tasting and cellar visit, one or more original animations (concerts, storytelling evening, food and wine pairings, know-how demonstrations...).

The authentic Christmas market of Kaysersberg is open during the 4 weekends of Advent and the Monday and Tuesday before Christmas :

Places
The market is held in the heart of the medieval city:
- in the courtyard of the Arsenal (between the tourist office and the Holy Cross Church)
- behind the Sainte-Croix Church

← Previous The Carnival of Venice: history and traditions

Next → The Christmas market of Ribeauvillé : a medieval atmosphere