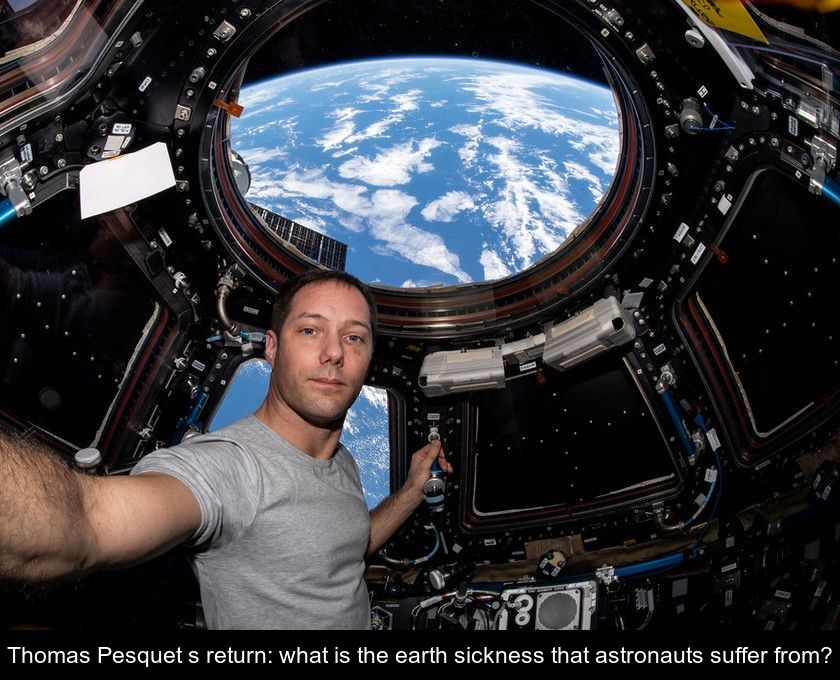 Thomas Pesquet's Return: What Is The Earth Sickness That Astronauts Suffer From?

This Tuesday, November 9, French astronaut Thomas Pesquet returned to Earth after six months on the International Space Station. But leaving weightlessness to return to Earth's gravity is not without unpleasant side effects. We offer you the opportunity to discover what is the earth sickness that astronauts suffer from when they return from space.

Upon his return to our Blue Planet, Thomas Pesquet, 43, will undergo a whole battery of medical tests. He will also have to readjust to life on Earth.

After about 200 days aboard the International Space Station (ISS), the French astronaut will have to relearn how to stand, much like a small child learning to ride a bike.

In the ISS, astronauts move around by floating, without any physical effort. They put much less strain on their muscles and bones.

Thomas Pesquet and his crewmates have not walked on land for six months, which also affects the balance system of the inner ear.

Usually, after a few hours or a day at most, people returning from the ISS can walk on their own, but it takes a few days before they can run again.


The unpleasant symptoms of earth sickness

In the first few hours after his ditching off the coast of Florida, Thomas Pesquet experienced, for the second time, earth sickness.

Fortunately for him, doctors have observed that when an astronaut flies for the second time, it's a little easier than the first time.

The symptoms of this sickness have been studied and are now well known:
- strong nausea, even vomiting
- loss of balance
- great fatigue
- muscular pain.

As soon as they return to our planet, astronauts return to Earth's gravity and their whole body seems to weigh a lot: their head, arms and legs.

Their blood pressure is likely to be low because, in zero gravity, blood flows in a different direction. If it is too low, there is even a risk of syncope.

They also give them neurological tests because their bodies have floated for 6 months in zero gravity and their balance system must get used to gravity again.

After landing, some astronauts are unable to stand up because of this loss of balance, but also because of muscle and bone loss.

This is why astronauts are accompanied by a chaperone, responsible for supporting them and helping them move around. They must be prevented from injuring themselves by falling, especially since the loss of bone density increases the risk of fracture.

To prevent the return to Earth from being too violent for the astronauts, scientists anticipate it from the beginning of the mission.

On the ISS, crew members are required to do 2 hours of exercise a day, in the form of weight training, cycling or running.

Before returning to Earth, they must also drink salt water to artificially increase their blood volume: this rehydrates the body and prevents syncope upon their return.

Thanks to these measures to prevent motion sickness, most astronauts recover their functions within a few hours, even after a stay of several months in microgravity.

It takes a little longer for the inner ear and muscle mass, and even longer for the bone system, which takes several weeks to recover its initial mass.

The way each astronaut experiences this return to Earth is difficult to predict because the symptoms vary according to the individual, the quality of their preparation and their training.

After passing the first medical examinations in Houston, Thomas Pesquet will fly to Cologne in Germany where the headquarters of ESA, the European Space Agency, is located.

Indeed, even if he has returned to Earth, Thomas Pesquet's mission is not over. He will have to continue doing sports to regain his initial muscle and bone mass.

The French astronaut will follow for 3 weeks an intense fitness program in order to regain all his functions and stay healthy.

He will have to rework the muscles that support his spine and that have remained inactive for 6 months. At the same time, doctors will continue to monitor his blood flow, vision and immune system. His immune system, weakened after his stay in space, will take about two weeks to recover.

The astronaut will also serve as a cobaye for science. He will be studied from every angle to collect scientific data on the effect of microgravity on the human body.

This demanding program will not prevent him from seeing his loved ones. Afterwards, he hopes to take a well-deserved week's vacation, his first in many months.

← Previous Law: what are the penalties for lying? 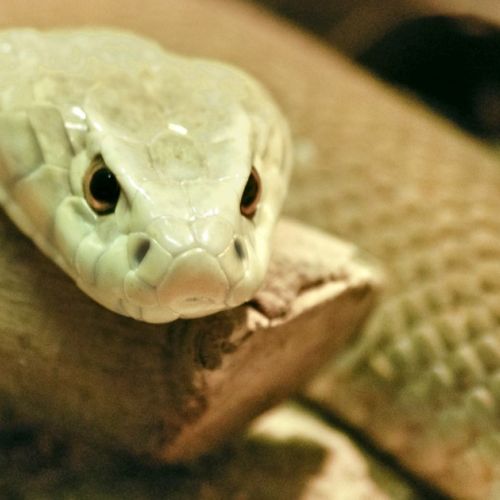 Next → Unusual: snake venom in medicines