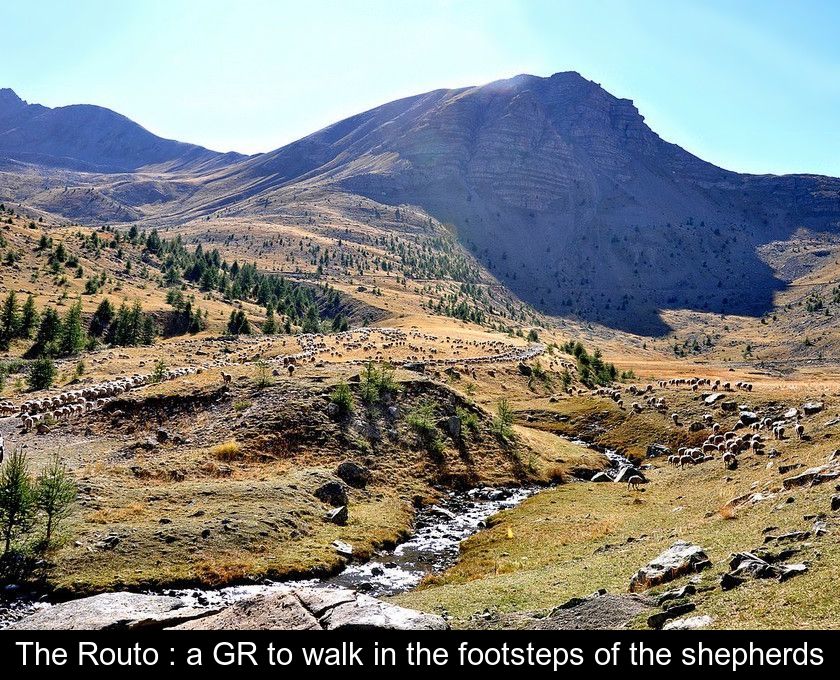 The Routo : A Gr To Walk In The Footsteps Of The Shepherds

A new hiking itinerary that crosses Provence to Italy, the Routo follows the route of the transhumance paths. This new GR69 is inspired by a route that shepherds have taken since the 13th century. Even today, hikers can cross paths with their herds on this path.

The name 'routo' is the word that designates the route of the herds in Occitan. This great cross-border route is the one followed by shepherds and their sheep from the arid lands of the Crau plain to the pastures of the Italian Alps.

By following this GR69, you will walk in the footsteps of the shepherds and be taken back to the time of the great transhumances.

For centuries, the Haute-Provence has been crossed by the herds twice a year: when they go up to the mountain pastures in spring and when they come down in autumn to the plains where they spend the winter.


A wide variety of landscapes

This new 540 km long GR has not only historical interest since it is the route taken by shepherds during transhumance since the 13th century, but also tourist interest.

The main communes along this new GR69 are:
- Arles
- Aix-en-Provence
- the plateau of Valensole known for its lavender
- Digne-les-Bains
- Barcelonnette
- Cuneo in Italy.

This long-distance hiking itinerary has 33 stages in all, 24 of which are in France and 9 in Italy up to Borgo San Dalmazzo. It is a hiking route with some sections adapted to mountain biking and horseback riding. 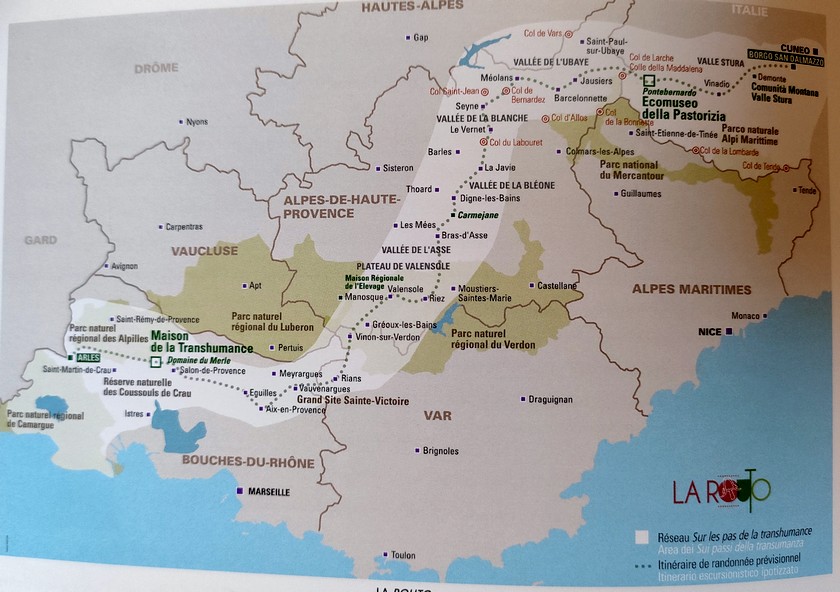 
This new itinerary has been marked out in red and white in order to link together different ancient hiking trails and to better guide tourists and hikers in their discovery of these typical landscapes of the transhumance.

During this journey, you will cross wheat and lavender fields as well as the city center of Digne-les-Bains and the narrow streets of the village of La Javie. There you will find a free eco-museum where you can learn even more about the daily life of shepherds in the past.

You can admire the tools for shearing sheep as well as the bells called sonnailles. These sounds of bells still resound today in the valleys, especially in the valley of the Bléone. 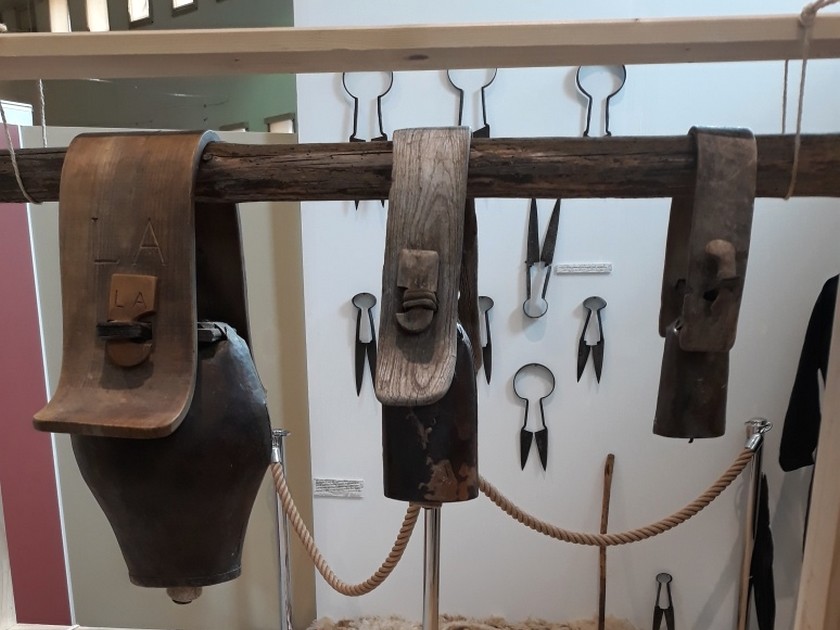 A hike full of meaning

The transhumance route was already being walked by hikers, but it has received a real consecration by gaining official status as a long-distance hiking trail. This route is now homologated as GR69 by the French hiking federation.

In the days of the great transhumances, shepherds walked between 14 and 15 hours a day with their flocks to reach the summer pastures. More than 12 days were necessary for the sheep, which left Arles and its region, to reach their grazing place in the Alps. They followed paths reserved for them away from the crops, which were called drailles or carraires.

Even if today the transhumance is mostly carried out by truck, the tradition persists because the shepherds have always followed the same route for nearly 700 years. On certain portions of the route, they cannot pass by truck and still make the transhumance on foot.

The Routo's purpose is to make known the history and occupation of the shepherds. If you take these paths marked by a centuries-old pastoral tradition, your hike in Provence will take on a whole new dimension. 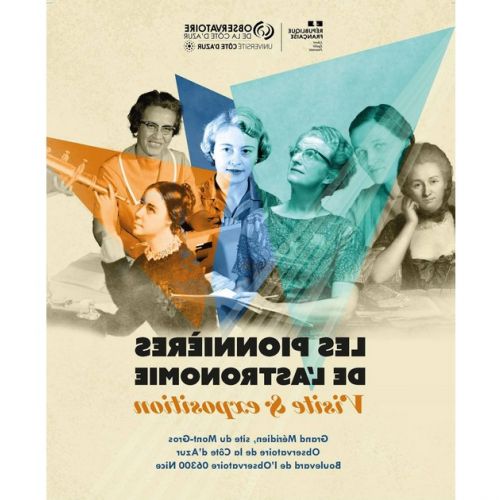 ← Previous The pioneers of astronomy: an exhibition at the Observatoire de la Côte d'Azur 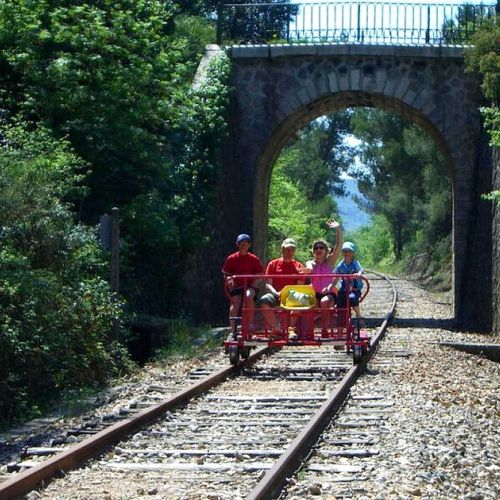 Next → The Sainte-Baume Velorail: a ride in the heart of Provence