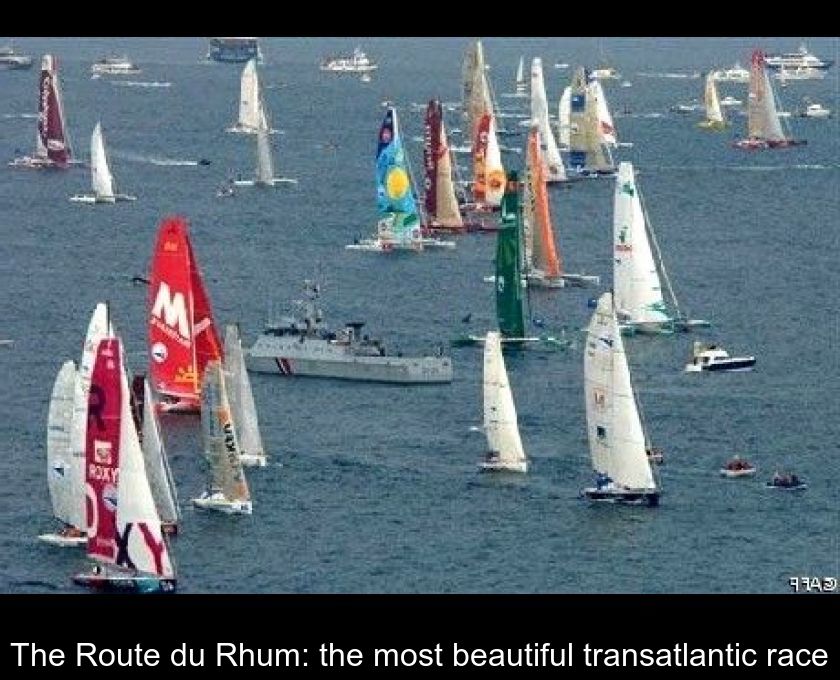 The Route Du Rhum: The Most Beautiful Transatlantic Race

The Route du Rhum, which is the oldest French transatlantic race, is a race that fascinates skippers as much as the public. Here is a presentation of this mythical race which starts every four years in Saint-Malo.

Presentation of the Route du Rhum

The Route du Rhum is a solo transatlantic race that is run every four years from Saint-malo to Pointe-à-Pitre over a distance of 3,540 miles (or 6,656 km).

This mythical race fascinates the public as well as the skippers, for whom a victory on 'le Rhum' is a consecration.

History of the Route du Rhum

The Route du Rhum was created in 1978 by Michel Etevenon.
Since its creation, this 'transatlantic race of freedom' has brought together known and unknown sailors aboard large monohull and multihull yachts.

During the first edition, Mike Birch made his mark by beating Michel Malinovsky by 98 seconds... In 1990, Florence Arthaud was the first woman to win a transatlantic race, which earned her the nickname of 'the little bride of the Atlantic'.

This edition of the Route du Rhum will start from Saint-Malo on Sunday, November 06, 2022.

But the city will live to the rhythm of this race from October 25, 2022, date of the opening of the village, with its many exhibitors and animations.

On the day of the big departure, 138 competitors will set sail for Pointe-à-Pitre during this edition.

← Previous The pioneers of astronomy: an exhibition at the Observatoire de la Côte d'Azur

Next → The Routo : a GR to walk in the footsteps of the shepherds