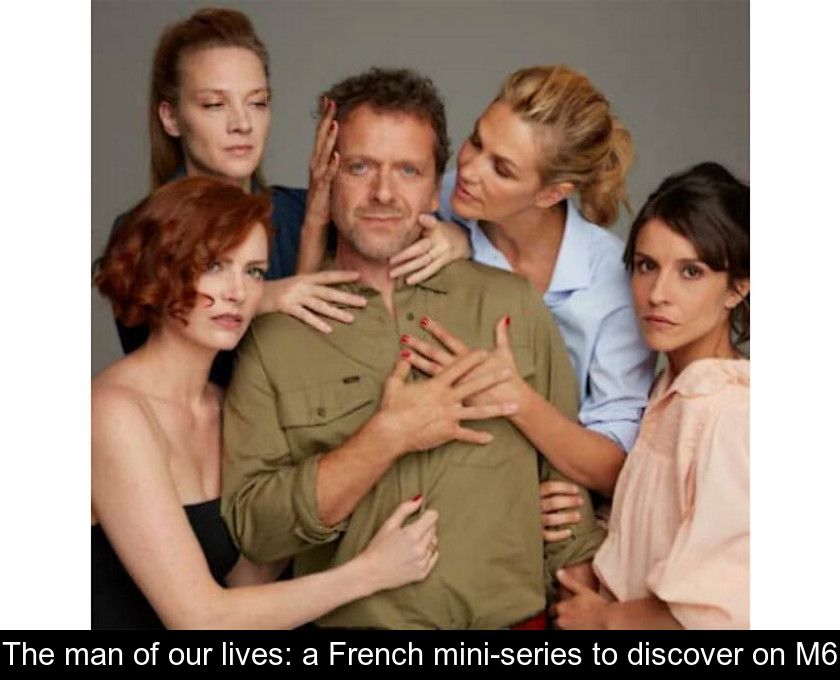 The Man Of Our Lives: A French Mini-series To Discover On M6

From Thursday, November 24, M6 will broadcast a French mini-series in 4 episodes with, among others, Jonathan Zaccaï, Odile Vuillemin and Élodie Frégé. This fiction entitled L'homme de nos vies highlights the victims of a king of scam. Don't miss this new fiction which benefits from a 5 star cast and a clever script!

A man with multiple identities

In the series The Man of Our Lives, the main character's twisted psychology is revealed to us in a few words by a voiceover: 'Some people would call it abuse of weakness. Me, I call it love.'

The character of Guillaume, aka Amaury, Nathan or Roman, is played by actor Jonathan Zaccaï. The actor, who recently made a name for himself on the silver screen in Downton Abbey Il: A New Era, is believable in this role of serial seducer with multiple identities.

He plays both Roman, a great reporter who has fallen under the spell of Mathilde (Helena Noguerra), Amaury who has just married Oriane (Flore Bonaventura) and Ghislain, an airline pilot in love with Iris (Élodie Frégé)... But all these identities are lies.

Behind this mini-series, there is the scriptwriter Alice van den Broeck and Dominique Farrugia as producer. With this project, they wanted to give a spotlight on the suffering of these victims of scams, whose wounds are invisible but very real.

In The Man of Our Lives, the main character catches women in his net to rob them of their money and sometimes even their sanity.

This genius and fascinating con man pretends to be a surgeon, airline pilot or a great reporter in order to seduce women and empty the bank accounts of his victims. His secret weapon is not so much his beauty as his art of convincing and manipulating people.

For his victims, the family and financial consequences are heavy. Some went bankrupt and sank into depression, others saw their family dislocated. All of them have in common that they loved him and are still struggling to recover from his abandonment.

But his prey will eventually get their claws out and join forces to try to bring him down... and that's the whole point of the scenario! The first episode unveils their ploy in a playful and realistic way.

This 4-part French miniseries, built as a breathless thriller, won the Best Screenplay Award at the La Rochelle Fiction Festival 2022.

It is inspired by true stories, some of which have made headlines. This groundbreaking series offers a psychological thriller that is very much of our time and portrays women who are free, strong and intelligent, even if they once fell for the love of a fearsome predator.


A beautiful quartet of actresses

The Man of Our Lives series is carried by a Jonathan Zaccaï who is as seductive as he is frightening and by a very beautiful female cast.

Jonathan Zaccaï enjoys himself in this role of chameleon and illustrates well these crooks who have the habit of seducing their prey in order to better abuse their trust. He is perfectly at ease in this complex role, to the point of overshadowing his playing partners a little.

To interpret the victims of this serial seducer, the production has called on a beautiful quartet of actresses. Viewers will enjoy finding Flore Bonaventura, Helena Noguerra, Odile Vuillemin and Elodie Frégé. Despite their status as victims, these four women will face, seek, find and ally to bring down their tormentor.

← Previous The Lost Symbol: a series adapted from Dan Brown on M6

Next → The Monte-Carlo Television Festival: an unmissable event