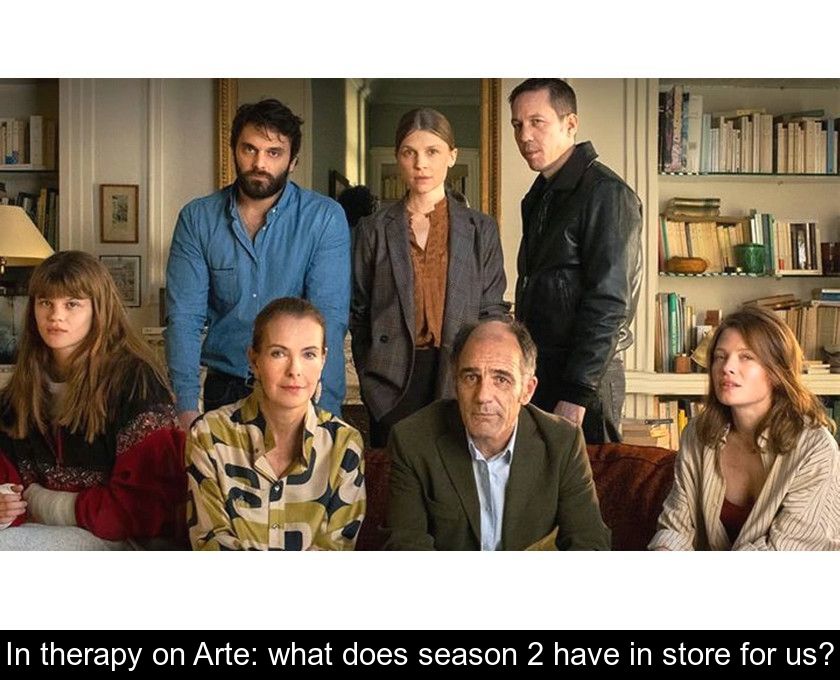 In Therapy On Arte: What Does Season 2 Have In Store For Us?

The series In Therapy, which brought together and moved millions of viewers on Arte, returns for a season 2 starting March 31, 2022. We propose to discover what this new season has in store for you, with the theme of the release of the first confinement in spring 2020.

In Therapy, the series created by Éric Toledano and Olivier Nakache returns to Arte. The series was a huge success during the confinement and recorded a record 54 million views on the arte.tv platform.

It must be said that this little gem was imagined by the power duo behind the films Intouchables, Le Sens de la fête and Hors Normes.

Season 2 will follow the same format as the previous one. It will feature 35 never-before-seen episodes of about 20 minutes each.

But this time around, the series tackles a topic as recent as it is sensitive: the release of the first containment in the spring of 2020 and the effects of the pandemic on mental health.

With the exception of the psychoanalyst played by Frédéric Pierrot, the entire cast of In Therapy has been renewed for this second season.

Fans will be pleased to see Dr. Philippe Dayan again, this benevolent and talented psychiatrist whose sessions they were able to follow.

In the second season Dr. Dayan welcomes 4 new patients:
- Inès, a lonely forty-something lawyer played by Eye Haïdara, an actress that Éric Toledano and Olivier Nakache had already hired for the film Le Sens de la fête
- Lydia, a student with a serious illness played by Suzanne Lindon, the daughter of Sandrine Kiberlain and Vincent Lindon
- Robin, an overweight teenager victim of school bullying played by Aliocha Delmotte
- Alain, a businessman caught in the media storm after the death of one of his employees. The latter will be played by the famous Jacques Weber.

An eventful season for Dr. Dayan

Alongside these new stories, viewers will be able to follow Dr. Dayan's hectic day-to-day life in this season 2.

The psychoanalyst, who is now divorced, has been sued by the family of one of his former patients.

He turns to Claire (played by Charlotte Gainsbourg), a renowned analyst and essayist, whose support he hopes to gain in his lawsuit.

Like Carole Bouquet in season 1, Charlotte Gainsbourg will come to supervise and support the psychoanalyst as a colleague.


The 2 seasons available in full

Those who missed the first season of this hit series can rest assured: it will be again available on arte.tv starting March 31, 2022.

As for season 2 of In Therapy, it will be available from March 31 on arte.tv and then from April 7 on television.

This new salvo of never-before-seen episodes will be broadcast from April 7 to May 19 on the Arte channel, every Thursday at 8:55 pm.

Fans only have a few days left to wait to find out if Dr. Dayan's patients are still as engaging in this second season.

← Previous I promise you: what's new in season 2?

Next → Jamy's World: a tantalizing issue on the great adventure of taste