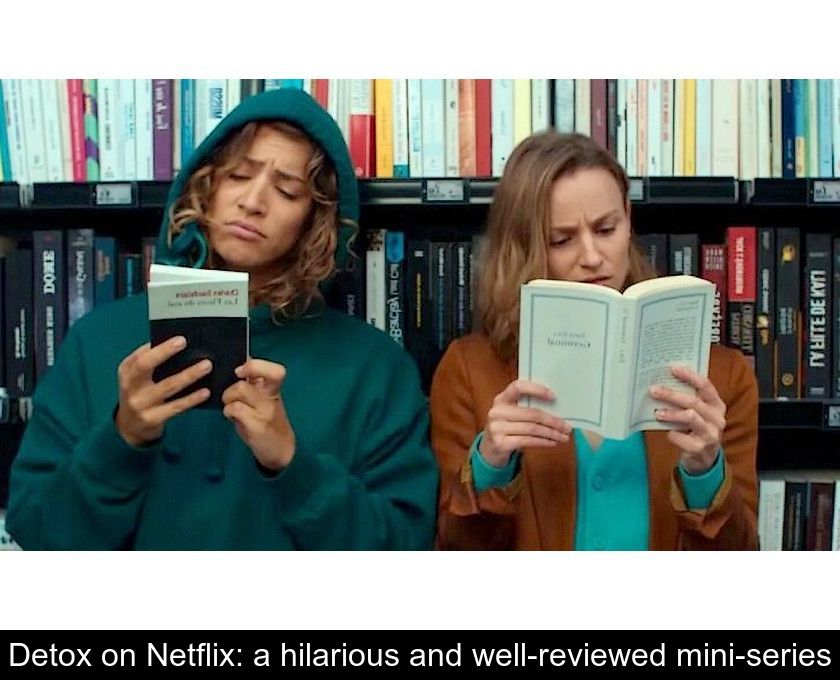 Detox On Netflix: A Hilarious And Well-reviewed Mini-series

The series Détox offered on Netflix since September 1st is the good surprise of the fall. In this six-episode French mini-series, two young women take the challenge of doing without their phone and the Internet for a month. A digital detox not easy, revealing our shortcomings and especially hilarious!

In our hyperconnected society where all generations have become addicted to their phone and their Internet connection, few series denounce the risks of addiction and the dangers of the web...

The series Detox offered on Netflix since September 1, 2022 stages a digital detox that promises of course to make us laugh but also to make us think about our uses of digital.

If this French mini-series is the good surprise of the fall, it is first because its theme is well found and concerns us all.

To illustrate our world addicted to smartphones and digital content, the mini-series Detox features Léa and Manon, two 30-year-old women who are both roommates and cousins.

Like the rest of their generation, they both live with their cell phones grafted to their hands until circumstances confront them with the toxicity of the Internet.

Léa has been dumped by her boyfriend who is tired of seeing her post their private life on the web and continues to stalk her ex. On her side, Manon makes a fool of herself on a dance floor and the scene immortalized by a video on YouTube puts an end to her dreams of becoming a singer.

After a good binge, the two Parisian girls make the bet to do a digital detox and do without their phone, computers and social networks for 30 days.

Of course, this digital detox is easier said than done, especially when the family of the two young women gets involved!

The series which uses a lot of second degree reserves many hilarious scenes, like the one where Léa and Manon are forced to go and buy paper, pens and even a watch ...

The mini-series Detox has only 6 episodes of 30 minutes each, but each episode is an opportunity for the two young women to take on a new challenge. The one where they spend a weekend in a Koh-Lanta style detox camp is downright hilarious.

Beyond the simple parody, Detox analyzes with intelligence and pedagogy the dangers of the Internet. It is a good series to watch with the family to alert young people and their parents to the risks of addiction and isolation, but also to the collection of personal data by the big web platforms.

The mini-series Detox is carried by a very good cast, starting with the two sparkling heroines played by Tiphaine Daviot and Manon Azem. Thanks to this duo full of freshness, we follow with pleasure the tribulations of Léa and Manon in a new world without Internet connection.

The secondary characters are just as endearing with Charlotte de Turckheim and Zinédine Soualem in the role of Léa's crazy parents, but also Helena Noguerra and Oussama Kheddam.

During their detox camp, the two young women will meet a whole gallery of delightful characters, including a rapper addicted to social networks and an insufferable youtuber... aged 10!

You will have understood, this mini-series is worth watching:
1- because it is very funny
2- because it underlines with finesse the flaws of our ultra-connected world.

This humorous and feel good novelty quickly entered in the top 10 Netflix series... This success gives hope that a season 2 will see the light of day, even if nothing has been confirmed yet.

Next → Face à face : what are the strong points of the new police series of France 3 ?