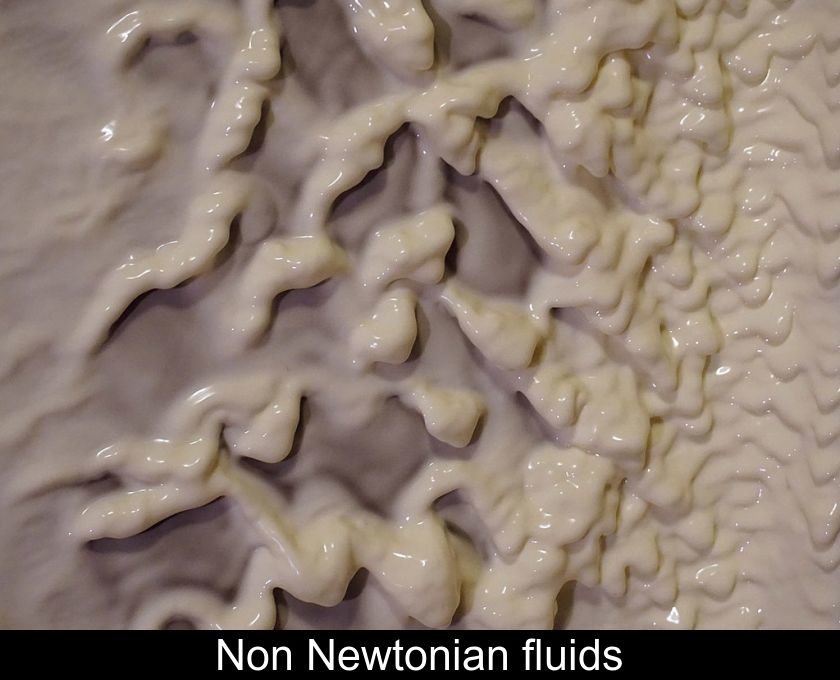 Non-Newtonian fluids are substances with amazing physical and chemical properties. Under the appearance of fluids almost as liquid as water, this type of fluid has the particularity to become solid when a sufficiently strong pressure is exerted on it.

What is it about?

The fluid mechanics is the branch of physics that studies the behavior of fluids when subjected to forces or stresses.

The different types of fluids

Newtonian' fluids, such as water, air and most gases, have a constant viscosity or one that can only vary with temperature.

On the other hand, 'non-Newtonian' fluids have the particularity of having a variable viscosity, depending on the velocity and stresses they undergo.
In other words, the deformation of this type of fluid is not directly proportional to the force applied to it.

The wet sand found in Seashore is a good example of the peculiarity of non-Newtonian fluids.
Indeed, if you hit wet sand, it has the consistency of a solid, whereas if you press on it gently, it behaves like a paste.

A safe little experiment to do at home is to mix water and cornstarch (cornstarch).
By slowly incorporating 2 scoops of starch into 1 scoop of water, you will in effect get a paste whose viscosity changes with the rate of stress applied.
The resulting mixture will behave like a solid if a spoon is pressed briskly into the surface, but like a liquid if the spoon is inserted slowly.

The video below shows that a person moving quickly or with sufficient force on the surface of a non-Newtonian liquid can literally Walk on such a liquid.

Research and applications of Newtonian fluids

Non-Newtonian fluids are the subject of extensive fundamental research, not only because they are so prevalent in nature, but also for potential applications such as making ballistic vests.
They are an interesting material because of their ability to absorb the impact of a projectile at high velocity, while remaining flexible enough to be worn without discomfort.
The branch of physics that studies them is called 'rheology'.

Summary on a non-Newtonian liquid

Although viscosity is frequently used in fluid mechanics to explain the shear characteristics of a fluid, non-Newtonian fluids cannot always be adequately described by this concept. They can be examined more effectively using a number of additional rheological properties that relate the stress and strain rate tensors in many flow situations, such as oscillatory shear or extensional flow, and are determined by various instruments or rheometers. The tensor-valued constitutive equations, which are frequently used in continuum mechanics research, provide a superior tool for understanding these properties.

← Previous Hipli: the parcel that can be reused up to 100 times

Next → The hydroalcoholic gel: history of an invention