David Hockney: 5 Things To Know About This Unclassifiable Artist

David Hockney, born in 1937 in Bradford in the north of England, is one of the most influential British artists of his generation. Although he is best known for his series on swimming pools, this creator who does not fit into any box has a prolific and protean work. Here are 5 things to know about this unclassifiable artist.

1- He is the most Californian of the British painters

David Hockney was born in 1937 in Bradford, an industrial town in northern England. Although he was the fourth of a modest family of 5 children, he studied fine art and entered the prestigious Royal College of Art in London in 1959.

In 1964, he left England, where homosexuality was still illegal, for California. His painting was then inspired by the dazzling light of Los Angeles and Californian life.

The series of Pool Paintings, which testifies to this cool and hedonistic lifestyle under the Californian sun, will make him world famous.


2- He uses the reverse perspective

When faced with a David Hockney painting, if you sometimes feel like the landscape is enveloping you, it's because the artist used reverse perspective.

It was in the early 1980s that this rebellious British painter decided to break free from the laws of classical perspective.

He then reversed the perspective by placing the vanishing point behind the viewer, so that the painting seems to converge towards the viewer.


3- He loves to experiment with different techniques

In the summer of 1960, David Hockney discovered the Picasso retrospective at the Tate Gallery and his vision of art was transformed.

Of the Spanish master whom he admired and who profoundly influenced him, he said, 'Picasso could master all styles. The lesson for me is that you have to use them all.'

Since then, Hockney not only uses paint, but explores all kinds of techniques like photography, drawing or more recently new technologies.

As early as 1986, he decided to use a color laser photocopier to fight against the supposed obsolescence of painting. He continued his experiments with the fax machine in 1989, the computer in 1990, the graphic palette in 2008 but also the iPhone and the iPad.


4- He is currently exhibiting his paintings on iPad in Nice

If you're not familiar with David Hockney's work, you should know that the Matisse Museum in Nice is currently presenting a beautiful exhibition as part of Flowers, the Nice Biennial of Arts

This exhibition entitled Hockney Matisse: a paradise regained brings together 70 works by the British artist, dating from the 1960s to the present day. This exceptional ensemble, which includes landscapes, portraits and still lifes, dialogues with a selection of works by Henri Matisse.

In particular, you will be able to admire a recent series entitled Fresh Flowers and created on iPad, the first of which the artist has reserved for the Matisse Museum in Nice.

5- He will soon exhibit at the Bayeux Tapestry Museum

Since 2019, David Hockney has settled in Normandy and has become one of the best ambassadors of this French region. It is here, in his half-timbered house in the heart of the Auge Valley, that the artist spent the successive confinements imposed by the Covid-19 pandemic.

He then used his time to depict the light, Norman nature and the cycle of the seasons in the manner of the Impressionist painters but using his iPad!

To pay homage to his new adopted land, he will soon exhibit a smaller version of his giant mural entitled A year in Normandy at the Bayeux Tapestry Museum.


The original fresco measures 90 m and uses the horizontal narrative mode of embroidery to depict the blossoming of spring in the Normandy countryside.

The dialogue between the famous Bayeux Tapestry dating from the 11th century and David Hockney's fresco is to be discovered from September 22, 2022 to April 23, 2023 (see link below). 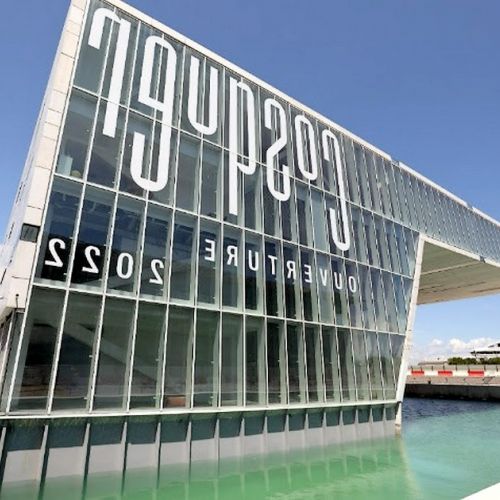 ← Previous Cosquer Méditerranée: a treasure of cave art in Marseille 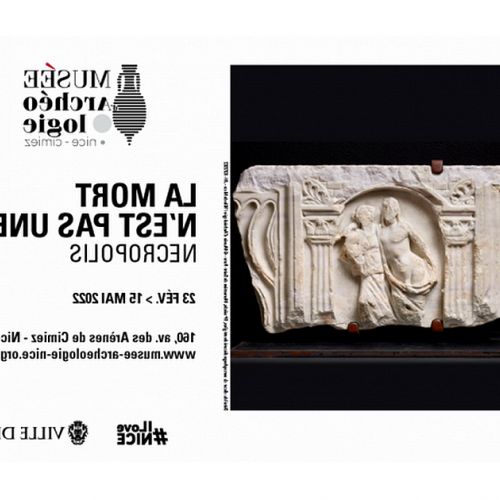 Next → Death is not an end: an exhibition at the Museum of Archaeology in Nice