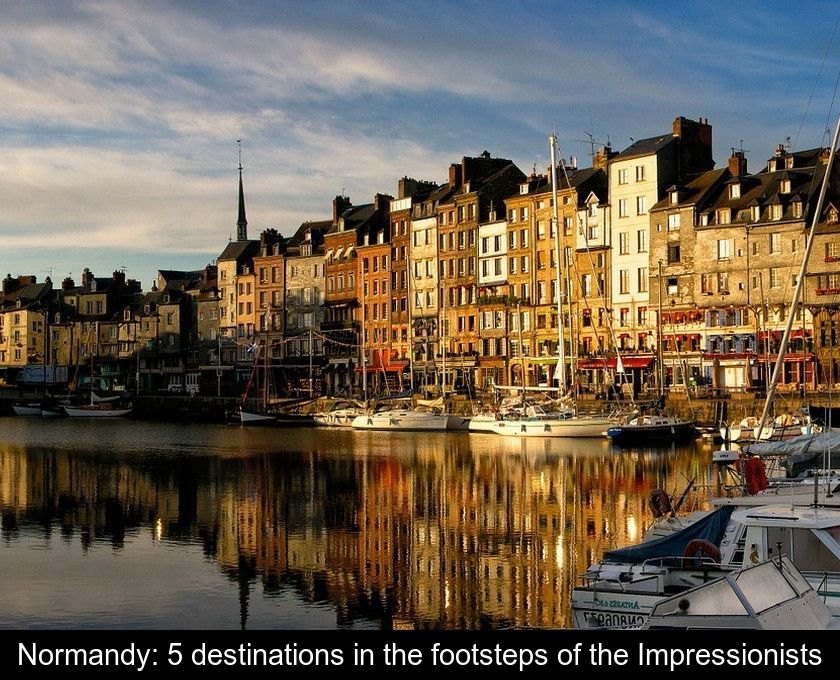 Normandy: 5 Destinations In The Footsteps Of The Impressionists

It is in Normandy that the impressionist movement, initiated by Claude Monet, was born. In this region, you can admire the landscapes and secret places that inspired many paintings exhibited at the Musée d'Orsay in Paris. We have listed for you 5 destinations to follow in the footsteps of the impressionist painters.

Giverny is the ideal starting point for a stay in the footsteps of the Impressionists as it is home to the house and gardens that belonged to Claude Monet.

The leader of the impressionist movement lived here for over forty years, until his death in 1926.

Giverny was his home but also and above all his creative place. Today, visitors flock to the painter's former property to admire his salon-atelier and the magnificent gardens that inspired some of his most famous works.

On site, you can not only visit these places so dear to the artist, but also walk along the main street of Giverny and look at the windows of the art galleries.

You can even visit Monet's grave, as the founder of Impressionism is buried in Giverny, in the cemetery near the church.

A few miles from Giverny, the village of Les Andelys is another place that inspired the Impressionist painters, and in particular Paul Signac.

It was here that Paul Signac spent several months during 1886 painting the banks of the Seine. In particular, he produced La Berge, a painting now hanging in the Musée d'Orsay.

Take advantage of your visit to this charming Norman village of Les Andelys to see the ruins of Château-Gaillard, a stronghold built by Richard the Lionheart.

From the top of this rocky promontory, you will have a breathtaking view of the Seine and of this village steeped in history. This place is reputed to offer one of the most beautiful panoramas on the river.

Lyons-la-Forêt is a must-see stop on your trip in the footsteps of the Impressionists.

This village, organized around a medieval wooden hall, is worth the detour in more ways than one.

Not only is this village with its beautiful half-timbered houses among the most beautiful villages in France, but it was here that Paul-Émile Pissarro, the son of the painter Camille Pissarro, made his home. His godfather, Claude Monet, designed the garden of his property.

In addition, Paul-Émile Pissarro left us several paintings that testify to his life in the Normandy countryside: in particular, he depicted the village church, the Lyons forest and the deer pond.

The city of Rouen was already a renowned port city in the 19th century, during the time of the Impressionists.

The members of this artistic movement found their inspiration in its sailing ships and its proximity to the sea.

They also used to set up their easels in this city, as Rouen was a perfect stopover between Paris and the first Normandy beaches.

While in the city, don't miss a visit to the musée des Beaux-Arts de Rouen. It houses, among other masterpieces, several impressionist paintings signed Monet, Renoir, Pissarro or Alfred Sisley.

Another famous Norman port, Honfleur was a source of inspiration for almost all the impressionist painters.

These artists liked to meet at the Saint-Siméon Inn in the heights of the village.

To walk in their footsteps, don't hesitate to stroll through the cobbled streets of Honfleur and to go and admire its little port (photo above)!


Did you know that?

When one thinks of the favourite places of the Impressionist painters, one spontaneously thinks of Giverny and Honfleur.

Yet, it is another Norman port, that of Le Havre, which is said to have given birth to the most famous painting of this artistic movement, I can of course speak of Impression soleil levant by Claude Monet. 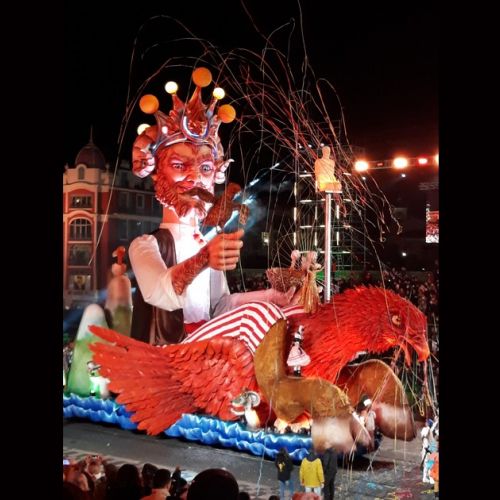 Next → Petra in Jordan: a natural and architectural wonder