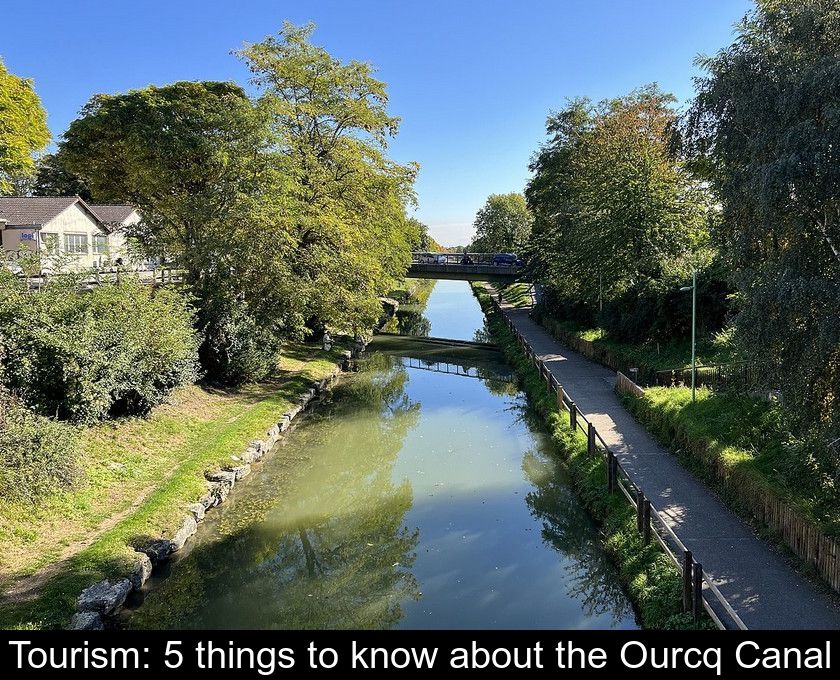 Tourism: 5 Things To Know About The Ourcq Canal

Once dedicated to the supply of drinking water to the city of Paris and to the transport of wood, the Ourcq Canal has become a place of leisure for the inhabitants of Île-de-France. Despite its 200 years of existence, this canal is now experiencing a second youth. Here are 5 things to know about this place where it is good to navigate and stroll on foot or by bike.

The Ourcq Canal stretches for about 100 kilometers between Mareuil-sur-Ourcq and the Bassin de la Villette in the 19th arrondissement of Paris.

This canal, which crosses the department of Seine-Saint-Denis, has undergone many transformations over the course of its history. Today, it still reflects the changes in the Parisian suburbs.

The best way to realize this is to discover it by boat the time of a cruise, by taking a shuttle during the Summer of the canal or by renting a boat without a license.

Starting from the Parc de la Villette you will also find a pedestrian route of about 6 km marked out with 20 information terminals. This route will allow you to discover the history of the canal and will lead you to the Parc de la Bergère in Bobigny.

The Ourcq Canal, whose construction began in 1802, was inaugurated in 1822. So it celebrates its 200 years of existence this year.

Over time, this canal of the Paris Basin has served several functions. Originally, its purpose was to provide Paris with drinking water.

It was Napoleon who decided to create a canal linking the Ourcq River to the capital in order to remedy serious water supply problems.

Once completed, this canal allowed both to supply Paris with drinking water and to open a new way to transport goods to the capital.


3- He went from the useful to the pleasant

In particular, the Ourcq Canal was used as navigation axis for the transport of wood and coal destined for the Paris market.

Left to decay with the deindustrialization of the Île-de-France, this bicentennial canal had to reinvent itself before once again becoming a place of life for the people of the Ile-de-France.

Today, only the first eleven kilometers of the canal between the Bassin de la Villette and Aulnay-sous-Bois are open to commercial traffic.

The rest of its route is destined for boating and its surroundings have been developed to make it a green axis dedicated to leisure activities.

Today, walkers, families and joggers have replaced the workers on the banks of the Ourcq Canal. The renaissance of the canal is particularly visible in the 19th arrondissement of Paris and in the neighboring commune of Pantin in Seine-Saint-Denis.

A promenade has been developed at the port of Pantin to the delight of cyclists and joggers. The canal has even become the tourist showcase of Pantin, which is otherwise a commune that has remained very popular.

Further downstream, on the other side of the ring road, the same urban transformation is taking place in the 19th arrondissement of Paris. Families come to picnic by the water on the lawns of La Villette and all generations enjoy its banks.

The Comité départemental de tourisme de Seine-Saint-Denis has made the canal one of the department's major tourist assets, with events such as the open-air festival L'Été du canal. Many activities such as free workshops, cruises, floating concerts, walks and tours are then offered.


5- It is even possible to swim there

Already in the 19th century, when the Ourcq Canal had primarily utilitarian functions, it was also a place of leisure for the inhabitants who came to fish and relax by the water.

Today, its surroundings are a joy for cyclists thanks to a paved bike path built from the Bassin de la Villette to Claye-Souilly, then to the unpaved towpath that extends to the Port aux Perches in Silly-la-Poterie about 50 kilometers from Paris.

In addition to cycling and boating, this canal is a perfect place for walking and practicing various sports. At the level of the lock of Sevran is notably a base of canoe-kayak installed in the old house of the lock keeper.

Even more amazing, it is even possible every summer to swim in the Ourcq Canal near the Villette basin. Swimming is allowed and free. Tests are conducted regularly to control the quality of the bathing water.

Next → Tourism: 5 trendy destinations in 2022 according to TripAdvisor