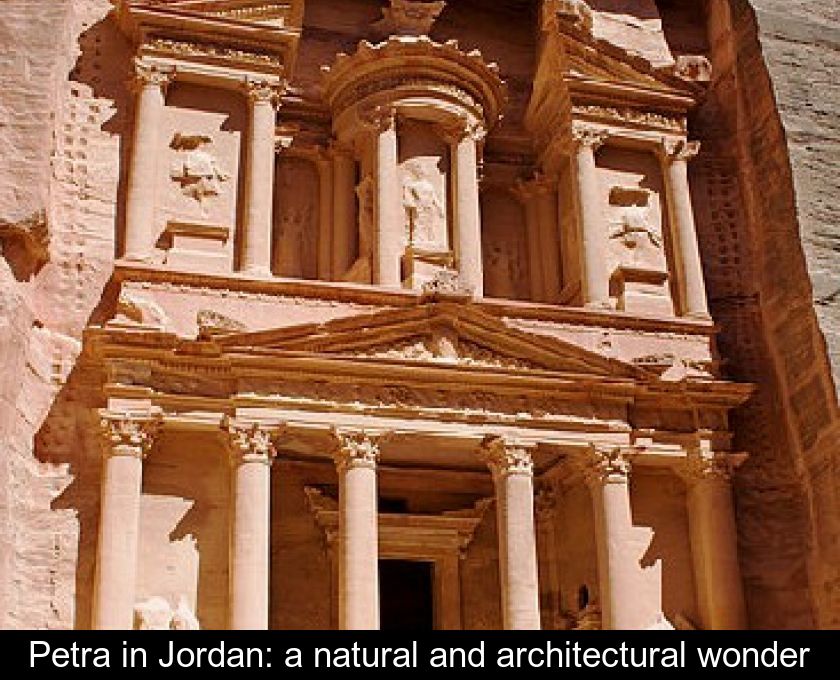 Petra In Jordan: A Natural And Architectural Wonder

A UNESCO World Heritage Site, the ancient city of Petra in Jordan is awe-inspiring. This caravan city carved out of the rock will amaze you as much by its archaeological remains as by the beauty of its natural setting.

A treasure in a rock setting

Petra takes its name from the ancient Greek petra meaning 'stone' or 'rock'. But its Semitic name was 'Raqmu' meaning 'variegated', 'multicoloured'. These two names describe well the particularity of this place where the rocks present an extraordinary palette of colors.

The ancient Nabatean city is located in present-day Jordan, about 200 km south of the capital Amman. Nestled in the shelter of the mountains, in a maze of granite faults, it is only accessible by a narrow mountain path or by a canyon: the Sîq.

With its canyons, cliffs and sandstone of all colors, the site of Petra is both a natural and architectural wonder. This unique place in the world inspired Hergé's sets for Coke en Stock and Spielberg's for his film The Last Crusade...

Its monuments and vast carved tombs make Petra a magical place. This archaeological site, which is one of the most famous in the Middle East, bears witness to diverse influences, both Eastern and Hellenistic.

Imposing tombs were dug and carved into the rock by the Nabateans. This people, originally from Arabia, settled in Petra in the 6th century B.C. They built several hundred monuments whose monumental facades were carved directly into the rock.

The most emblematic buildings of the city are the famous Khazneh and the Deir Monastery. But there is also a Roman theatre dating from the 1st century, a temple and a Byzantine church built in the 5th century and lavishly decorated

Thanks to a very advanced water distribution system, the city was a real artificial oasis. Today, the remains of these installations are still visible.

To be noted: this unique monumental complex in the world has been listed as a UNESCO World Heritage Site since December 6, 1985. An archaeological national park also protects the area around the site since 1993. Petra is moreover the most visited site in Jordan with more than 300,000 visitors per year.

Petra was founded towards the end of the 8th century B.C. by the Edomites. From the 6th century B.C. it was occupied by the Nabataeans who transformed it into a prosperous trading city at the crossroads of several caravan routes.

At its peak, the city is said to have housed up to 25,000 inhabitants. Having fallen into oblivion, it was revealed to the Western world in 1812 by the Swiss explorer Jean Louis Burckhardt.

← Previous Normandy: 5 destinations in the footsteps of the Impressionists 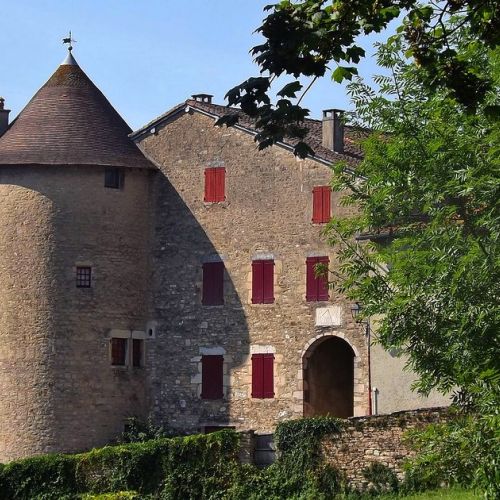 Next → Saint-Amour in the Jura: 5 ideas for a romantic stay