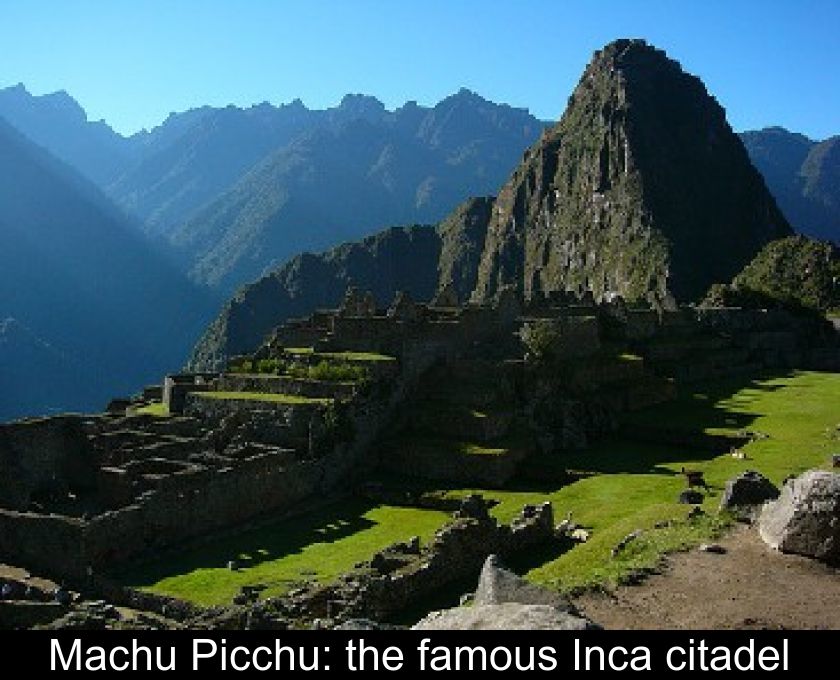 Perched at an altitude of 2,430 metres, in breathtaking landscapes, Machu Picchu is without doubt the most beautiful testimony to the Inca Empire at its peak. This 15th century citadel is one of the most visited sites in Latin America, so much so that the number of tourists had to be limited.

A treasure of Inca culture

The Machu Picchu, whose name means 'Old Mountain' in Quechua, is a sacred city considered the most representative work of Inca architecture. It is a Unesco World Heritage Site.

This ancient Inca city is located in Peru, in the province of Urubamba, one hundred and thirty kilometers from Cuzco. It is perched on a rocky promontory that joins the Machu picchu and Huayna Picchu mountains in the central Andes.

The city was built in the 15th century, during the reign of Emperor Pachacutec. It is unclear what the function of this famous site was. Fortress, sacred city or simple agricultural city? The mystery remains.

For several centuries, the Spanish conquistadores based in Cuzco ignored the existence of this site. It was not until 1911 that Machu picchu was rediscovered by archaeologist Hiram Bingham.

Perched in extraordinarily beautiful mountains in the middle of the rainforest, Machu picchu is the most spectacular pre-Columbian monument in South America. In the midst of a breathtaking landscape, gigantic walls, terraces and ramps seem to be the natural extension of the mountain.

The sacred city gives us a glimpse of what an Inca city could have been. We can still see a water distribution system, remains of temples and houses. The windows of the houses are oriented with regard to the course of the sun, which was the principal god of the Incas.

It is estimated that 1200 people could live in Machu Picchu. There are 200 different constructions, some of which are houses and others have a religious function.

To be noted: this site has been on the UNESCO World Heritage list since 1983. On July 7, 2007, it was designated asone of the new seven wonders of the world after a contest in which 100 million Internet users participated.

Most travelers access Machu Picchu on a train through the Urubamba Valley. It can also be accessed by a Hiking trail called The Inca Trail.

This path is subject to strict control and can only be taken with a travel agency. This hike is about 4 days of Walking through the mountains.
Some brave tourists also climb Huayna Pichu to admire the nearby Machu Picchu in all its splendor.

To note: since July 19, 2011, access to the site is limited to 2500 people per day. It is therefore strongly advised to book your ticket in advance on the website: www.machupicchu.gob.pe (in Spanish and English).

Next → Madrid: monuments and places to see