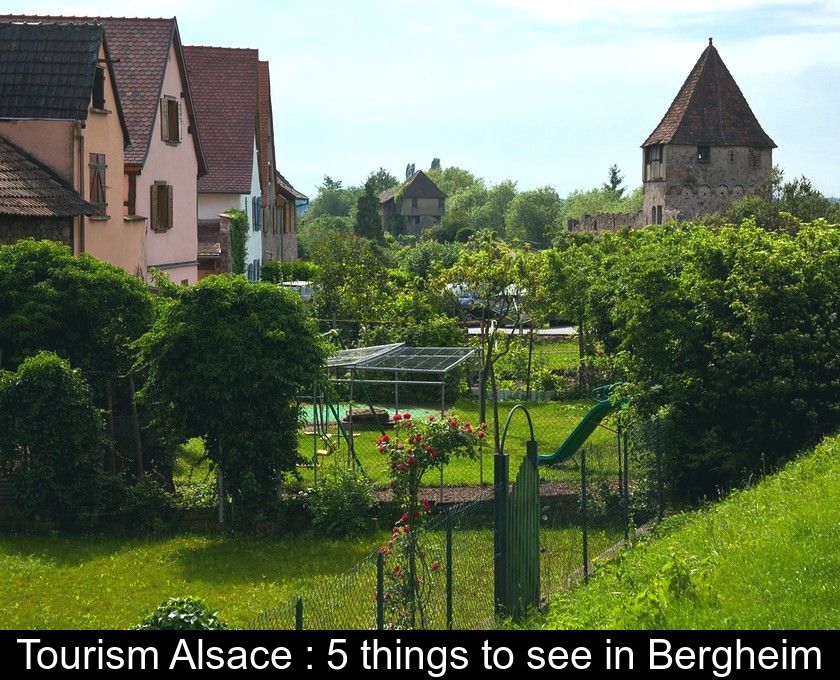 Nestled behind a well-preserved medieval double wall, the town of Bergheim in Alsace is one of the jewels of the Haut-Rhin. Its title of Favorite Village of the French 2022 should attract even more tourists to the place. For all those who would like to visit it, here are 5 things to see in this charming Alsatian village.

The commune of Bergheim located between Colmar and Sélestat in Alsace benefits from the label of towns and villages in bloom. It has won four flowers, the highest distinction in this competition.

The 4-flower label was awarded to it in 1999 and has always been renewed since that date because of the wonderful flowering of the commune.

From spring, a profusion of flowers highlights the fountains and squares of the village. A competition for houses, gardens and balconies in bloom is also organized every year in the commune.


The municipality has even planted orchards near the ramparts and the fishing pond. It leases the rampart ditch to residents who plant gardens and vegetable patches.

The village is also home to a remarkable tree called Tanzlinde de Bergheim. It is a dance lime tree where parties were once held and was planted in the commune in 1313!

Bergheim is an ancient medieval city that is still today circled by a remarkably well-preserved double enclosure.

The ramparts, whose construction dates from the 14th and 15th centuries, were once separated by a moat that is now filled in. It is possible to walk around it by taking the Circuit des remparts, a 2 km walk marked out with explanatory panels.

The Grand'Rue, which crosses the town from one side to the other, ends at the High Gate (the only one remaining of the three gates of old). This gate is easily recognized by its square tower with pyramidal roof, which has become one of the emblems of the town.

If Bergheim joined the very closed club of the Most Beautiful Villages of France and was elected in 2022 Favorite Village of the French, it is also thanks to its picturesque houses. Several houses are listed as historical monuments for their age and remarkable architecture.


This is particularly true of the houses located at number 6 and number 8 of the place du Docteur Pierre Walter. This square is a must-see in the village especially since it also houses a magnificent 16th century fountain and the local tourist office.

You can also admire other old houses at 2 rue du Haut-Koenigsbourg and in the rue des Vignerons at numbers 31 and 62.

In a completely different style, this Alsatian village is also known to have a Witches' House on the church square... No witches live there because it is a museum dedicated to a dark and unknown page of the local history.


Based exclusively on historical facts, this museum reminds visitors that witch hunting was practiced in Bergheim between 1582 and 1683.

Some forty women from the region, accused of witchcraft, were burned alive or tortured after summary trials.

The village of Bergheim is well endowed with historical monuments, but it also has other arguments to attract visitors and in particular wine lovers!

This charming medieval town is indeed on the Alsace wine route about 15 kilometers north of Colmar. Wine growing is a thousand-year-old tradition in the area since the first mention of vines appears in a Carolingian charter dating from 768!


Today, the local vineyard covers more than 300 hectares, of which nearly 40 are occupied by two Grands Crus. The village is thus nestled in a vineyard landscape that can be discovered thanks to a wine trail of about 4 km.

This trail starts in front of the Sports and Cultural Center and allows you to discover the vines, the grape varieties and the making of wine in Alsace thanks to explanatory panels. 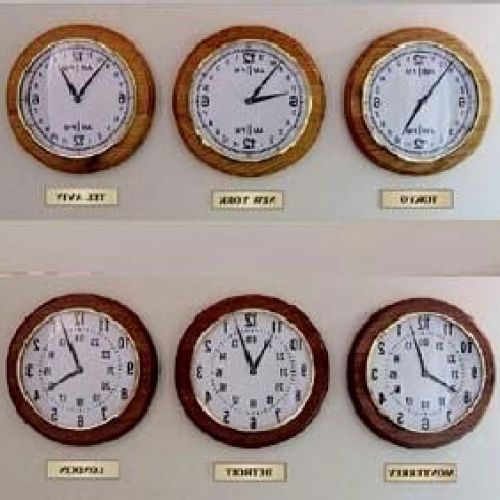 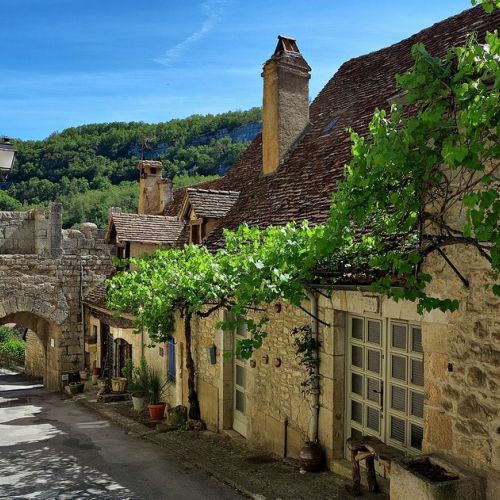 Next → Tourism in France: the 5 favorite villages of the French for a weekend getaway