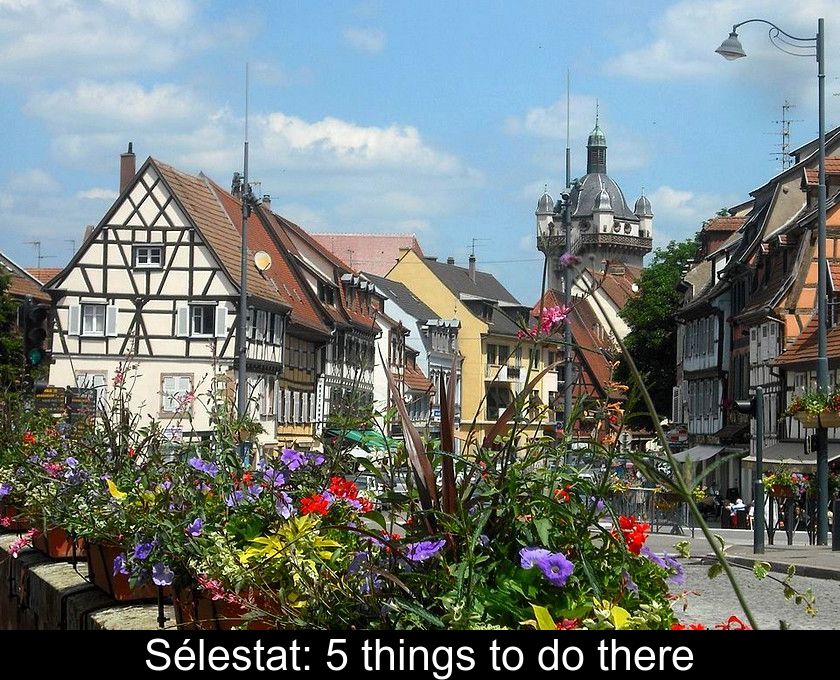 Sélestat: 5 Things To Do There

Particularly enchanting during the festive season, Sélestat in Alsace is also worth a visit in all seasons, for its architectural heritage and its cultural life. We have listed for you 5 things to do there.

1- Walk in the steps of the giant Sletto

Located in the extreme south of the Bas-Rhin, Sélestat is in the center of Alsace. High place of humanism, this city is rich in both culture and heritage.

The easiest way to discover the city is to follow the marked route proposed by the Tourist Office.

Pick up the free brochure from the Tourist Office and set off in the footsteps of the lion and the giant Sletto!

A local legend says that this giant founded the town of Sélestat and gave it its name. As for the lion's paws, they are a nod to the one that adorns the city's coat of arms.

This 24-stage tour invites you to discover the remarkable sites of the city. It starts at the Commanderie Saint-Jean and ends at the Humanist Library, passing by the main monuments.

It should be said that the town, classified as a Town of Art and History, has more than 30 historical monuments, including the 12th century Romanesque church of Sainte-Foy and the 13th and 15th century Gothic church of Saint-Georges.

Did you know that the city of Sélestat is sometimes referred to as the cradle of humanism? The city owes this nickname to its Humanist Library located in the Ancienne Halle aux Blés.

Rich in exceptional works, this library is the oldest public library in Alsace.

It was founded in 1452 and has hosted many generations of scholars such as the sage Beatus Rhenanus whose private collection is the centerpiece of this library-museum.

Thanks to the collection of Beatus Rhenanus, the Humanist Library is one of the most famous in Europe. Even today, it serves as a study and research library and welcomes scholars from all over Europe.

The building, renovated and expanded by architect Rudy Ricciotti, is also a true museum with a permanent and temporary exhibition hall, a shop, an auditorium, cloakrooms and a relaxation area called the Erasmus Lounge.


3- Take a walk in the tanners' district

During your visit, if you want to discover half-timbered houses with pointed roofs worthy of a postcard of Alsace, be sure to take a tour in the tanners' district.


4- Communicate with nature at the Domaine de l'Illwald

As for nature lovers, they will go to the Illwald regional reserve.

This is where you can observe the largest population of wild deer in France. You can also come across white storks and beavers.

If you are looking for an idea of outdoor leisure and family, note that it is possible to navigate on the Ill on board a kayak or walk along an interpretation trail.


5- Discover the traditions of an Alsatian Christmas

But of course, it is from the end of November that the city of Sélestat becomes particularly enchanting thanks to the Christmas illuminations and animations.

You can then discover the traditions of a typically Alsatian Christmas and enjoy local specialties such as bredele (Christmas cookies), gingerbread and mulled wine.

These traditions have remained alive on Christmas markets like Les chalets de Noël de Sélestat. Here you can find all sorts of handicrafts to bring back as souvenirs or to give as Christmas gifts.

It is also at this time of the year that the Haut-Koenigsbourg castle puts on its festive clothes. So don't miss to visit this very famous Alsatian monument! It is located only a dozen kilometers from the city. 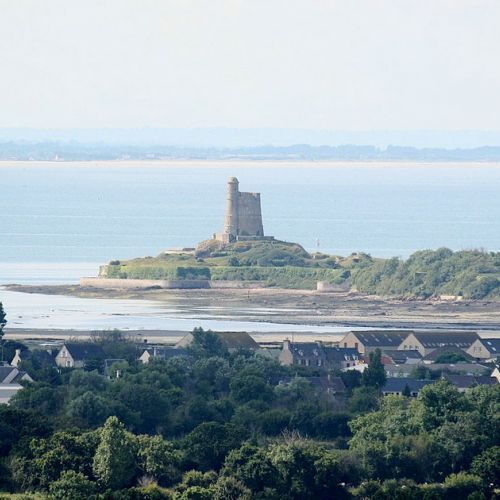 ← Previous Saint-Vaast-la-Hougue: 5 good reasons to visit this village in Normandy 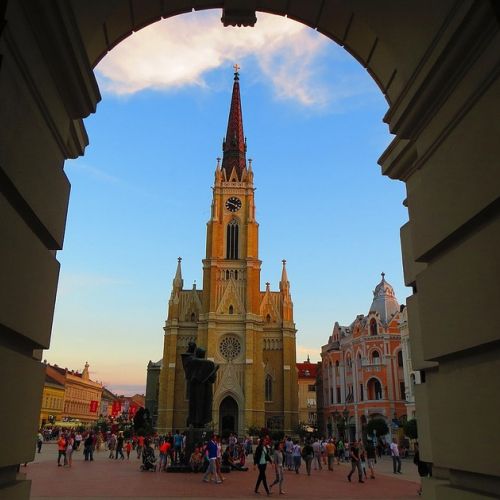