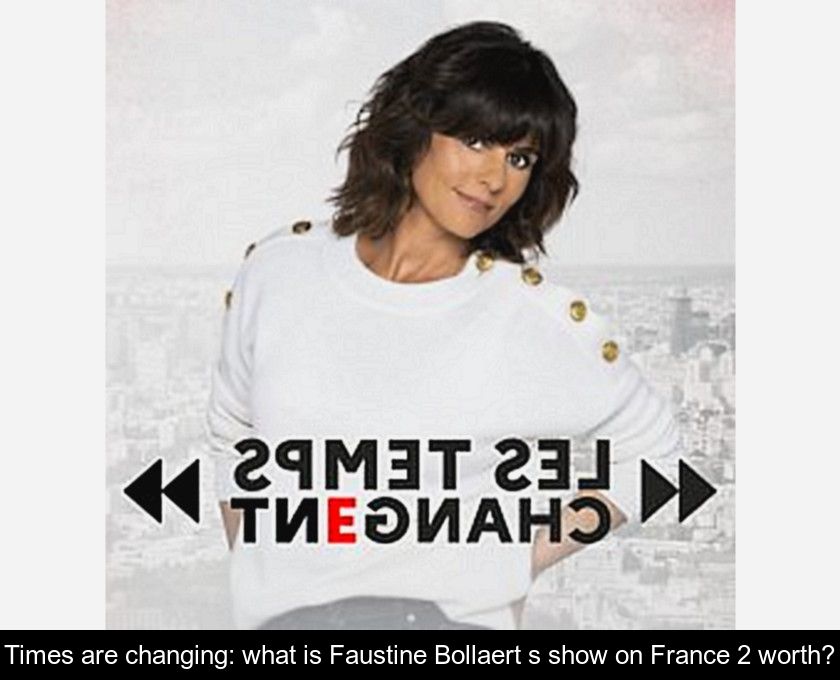 Times Are Changing: What Is Faustine Bollaert's Show On France 2 Worth?

On Tuesday, October 4, Faustine Bollaert offers a new issue of her magazine Les temps changent on the theme 'Sex, couple and love, 50 years of revolution'. Through rare archives and numerous testimonies of French people of all ages, this program sheds light on the evolution of mentalities around the notion of the couple.

A magazine on the evolution of society

As its title suggests, the magazine Les temps changent looks at the evolution of morals and society. Each issue of this documentary series broadcast on France 2 tackles a theme that crosses time and consists of an unpublished 90-minute film followed by a time of on-set exchanges.

After a first issue devoted to abused children, Faustine Bollaert offers on Tuesday, October 4 at 9:10 pm a new program on a lighter theme: sex, couple and love, 50 years of revolution.

To embody this journey through time from the 1960s to the present day, the host slips into period images thanks to some rather successful special effects. She then hosts a live debate to confront the views of different generations on the evolution of romantic relationships in France.

Through rare and often relevant archives, Faustine Bollaert explores the evolution of the couple and of love customs over the past 50 years.

The archive images are merciless and some comments made in the 1960s, exhumed in Les temps changent, will undoubtedly shock the younger generations as much as they are retrograde, misogynistic or homophobic.

Reflections of an era anchored in patriarchy, these images serve as a perfect basis for journalist Faustine Bollaert to analyze how mentalities have evolved.

There was a time (that those under 20 cannot know) when Marriage was a sacred and indissoluble bond between a man and a woman. In those not-so-distant days, divorcees had to endure the reproving gaze of their families and homosexuals regularly ended up in court.

Married women could not open a bank account without their husband's permission, and being a woman was an aggravating circumstance for adultery.

Since the 1960s, our vision of the couple and our way of living love have evolved a lot. To measure the progress made, the host meets couples of different ages.

Some couples who have lived through several decades have been witnesses to the changes in our society with regard to love and sexuality. In this issue of Les temps changent, it will be notably about the Veil law, divorce by mutual consent and the first homosexual Marriage but also about Marriage for all and polyamory...

The program examines how French society has come so far and shows how mentalities have changed. This progress was made possible by different laws such as the one on abortion or the PACS and was accompanied or even anticipated by the cultural world.

Even if today freedom seems to be the order of the day in the area of couples and love, the show does not forget to project itself into the future. Faustine Bollaert thus goes to meet today's couples who defend the right to love each other differently.

This program, rich in testimonies, offers a dense and relevant chronicle on the subject. In the second half of the evening, Faustine Bollaert hosts meetings and experience sharing between several generations who have been confronted with the same issues at different times. These exchanges promise to be rich in extraordinary stories.

If you can't be in front of your small screen on Tuesday, October 4 at 9:10 pm, note that you can see or re-watch this documentary and the debate that follows in replay on france.tv.