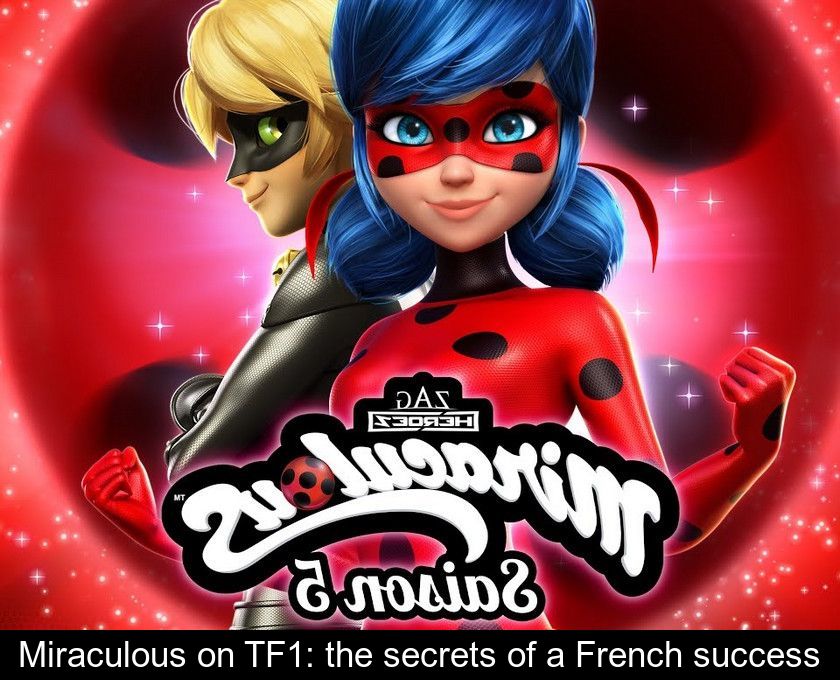 Miraculous On Tf1: The Secrets Of A French Success

If you have children, you probably know Miraculous, the cartoon that has been a hit on TF1 since 2015. Our little ones love the adventures of Ladybug and Cat noir, which are broadcast in the mornings on the channel. But what are the secrets of this success made in France?

A French creation with international success

The animated TV series Miraculous is a French-Korean-Japanese creation. And if Ladybug's adventures take place in a postcard Paris, it's not just for the folklore! This ladybug-suited vigilante character was imagined by a Frenchman named Thomas Astruc.

Seven years after its first appearance on television, this character seduces millions of children in France and in 120 countries around the world.

The adventures of Ladybug and Cat noir have inspired countless derivative products, such as video games but also a comic book, a manga and books published by the Pink Library.

According to Sebastien Thibaudeau, the writing director of this series, the Miraculous adventure began with a ladybug that really brought luck to this French creation.

Thomas Astruc reportedly got the idea for this character when he ran into a colleague wearing a t-shirt with a ladybug on it. They then started to exchange drawings on post-it notes...

Inspired by the little lucky insect, Thomas Astruc imagines a young woman in a superhero costume. Finally, the character of Ladybug is inspired by Spider-Man, Sailor Moon and Amélie Poulain. It must be said that this animated series with worldwide success picks its references in American, Japanese and French culture of course!


The city of Paris as a backdrop

The heroes of Miraculous are two young Parisians named Marinette and Adrien. College students by day and masked vigilantes by night, they study at the Françoise-Dupont College, a name chosen as a tribute to the civilian name of Fantômette the French superheroine created in 1961.

Like all the settings of the series, this school is modelled on a real French high school. The same goes for Marinette's parents' bakery, which resembles a real pastry shop in the 18th arrondissement.

If this series appeals to millions of children around the world, it may be because it takes place in a fantasy Paris that is nevertheless very close to reality.

In addition to its ladybug-suited superheroine and its very Frenchy setting, this series mixes romantic comedy and action scenes. The sentimental adventures of the two heroes Ladybug and Cat noir are undoubtedly another key to Miraculous' success.

Even though these two righters of wrongs team up against super-villains at night, they are each unaware of the other's true identity. Marinette doesn't know that Cat noir is really Adrien, the boy she's madly in love with. Adrien has fallen under the spell of Ladybug but doesn't know that she is actually Marinette, his classmate.

The adventures of these two heroes are addictive and it is understandable why the young French fans were eagerly awaiting season 5.

Unreleased episodes of season 5 were aired during the All Saints' vacation between October 24 and November 4, 2022, and then the broadcast of the new season was interrupted due to production problems. Fans are of course wondering when the airing of the new episodes will resume...

As several studios in the world are working on this animated series, we will probably have to wait until the Christmas vacations to know the continuation of the unpublished adventures of Ladybug and Cat noir.

In the meantime, TF1 reruns old episodes in TFOU on Wednesday and Sunday mornings. Kids can also watch or rewatch episodes of season 5 in replay on MyTF1 (link below).