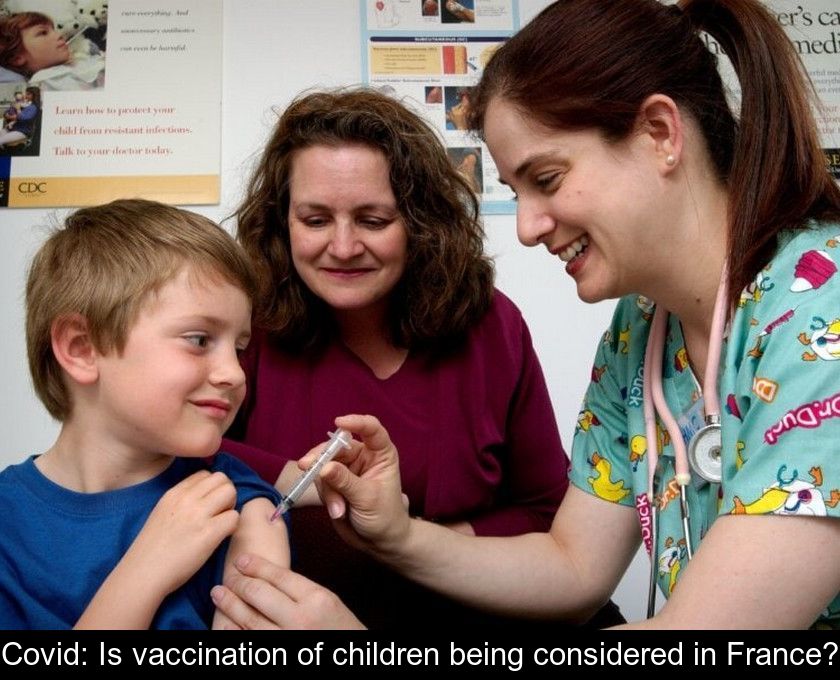 Covid: Is Vaccination Of Children Being Considered In France?

While some countries have already taken the plunge, the question of vaccinating children under the age of 12 is still being raised in France. At the very moment when the Covid-19 epidemic is flaring up again in Europe, we propose to take stock of the issue of child vaccination.

Are children less affected by the virus?

Contrary to what is sometimes imagined, the current upsurge in infections in France does not spare minors and children under 12.

Since the start of the All Saints' Day holidays, the Covid virus and its delta variant (which is more contagious) have been spreading among the youngest segments of the population.

Even though children very rarely get the severe forms of the disease, they are still catching and spreading the virus, resulting in school closures.

This week, more than 4,000 classrooms had to be closed due to Covid-19, the highest number since September.


What does the Academy of Medicine think?

The issue of vaccination of children aged 5-11 years against Covid-19 is a sensitive one.

This explains why the government does not want to make a hasty decision on this issue. Nevertheless, the National Academy of Medicine has already issued a favorable opinion.

In an advisory opinion published last Wednesday, this institution considered that some children should benefit from the Covid vaccine.

Vaccination should for now be reserved for children at risk of the virus form and for those living in the vicinity of vulnerable adults, such as immunocompromised adults or people with chronic diseases.

In addition, the National Academy of Medicine believes that vaccinating the youngest children would limit the circulation of the virus in children's surroundings and in primary schools.

However, the French Academy of Medicine has raised an ethical issue by stating that the vaccination of children (who are unlikely to develop severe forms of the disease) should not be used to compensate for the refusal of some adults to be vaccinated.


Which vaccine can be used in children?

The latest clinical trials on vaccinating children have been successful and the Pfizer Covid-19 vaccine is the first to be approved by US authorities to vaccinate the youngest.

In mid-October 2021, the Food and Drug Administration (FDA) review panel found that Pfizer's vaccines have more benefits than risks for 5-11 year olds.

This vaccine has demonstrated 90.7% effectiveness in preventing symptomatic forms of the disease in this age group.

The competing Moderna vaccine is in phase 3 of its clinical trial, but early results are promising and an application for approval has been made.

In September 2021, Cuba became the first country in the world to practice vaccination for minors aged 2 to 18.

In Cuba, children receive one of two serums developed by the country, but which have not received WHO approval for marketing abroad.

In the United States, vaccination of children began on November 8. Of the 28 million children involved, more than 10% have already received a first dose from Pfizer, or 2.6 million children.

In Israel, vaccination of the youngest children began in mid-November, and Canada has also just authorized Pfizer's vaccine for children, with a dose three times lower than the standard dose.

Finally, other countries such as China, the United Arab Emirates, Colombia and Cambodia have begun vaccinating children under 12 with Chinese vaccines.

In France, the executive is playing it safe on this sensitive issue.

Government spokesman Gabriel Attal said a decision would be taken once the government has scientific recommendations.

'On the vaccination of children, there is the European health agency which studies this subject and, then, it is necessary that the French authorities, in particular the High Authority of Health, seize it and hand themselves an opinion.', he explained.

This is why the decision should not be taken before 'the beginning of 2022', he said.

← Previous Covid: 5 things to know about the BA2 variant

Next → Ears: how to avoid earwax plugs?