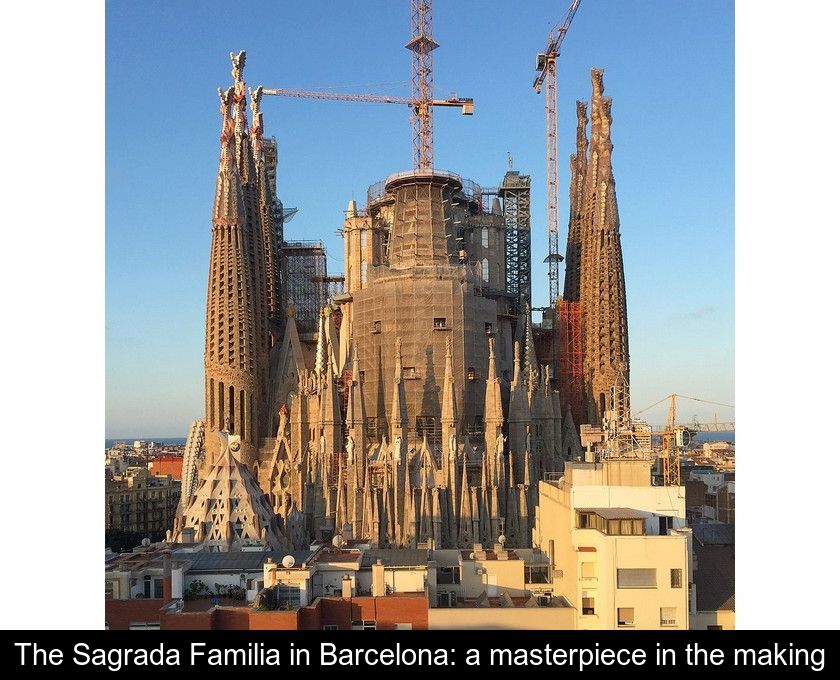 The Sagrada Familia In Barcelona: A Masterpiece In The Making

A must-see monument for tourists visiting Barcelona, the Sagrada Familia has been under construction since the beginning of its construction... in 1882! Back on the history of an astonishing building whose realization seems to know no end.

The work of a lifetime

The Sagrada Familia that has become the symbol of Barcelona is inseparable from its creator, the brilliant architect Antoni Gaudi (1852-1926).

Thanks to this project, to which Gaudi devoted himself for four decades, this modest Catalan boilermaker's son became one of the world's most famous architects.

A proponent of total art, the architect designed the smallest details of the famous Catalan basilica. He began working on the monument at the age of 31 and devoted the last 15 years of his life to it full-time. 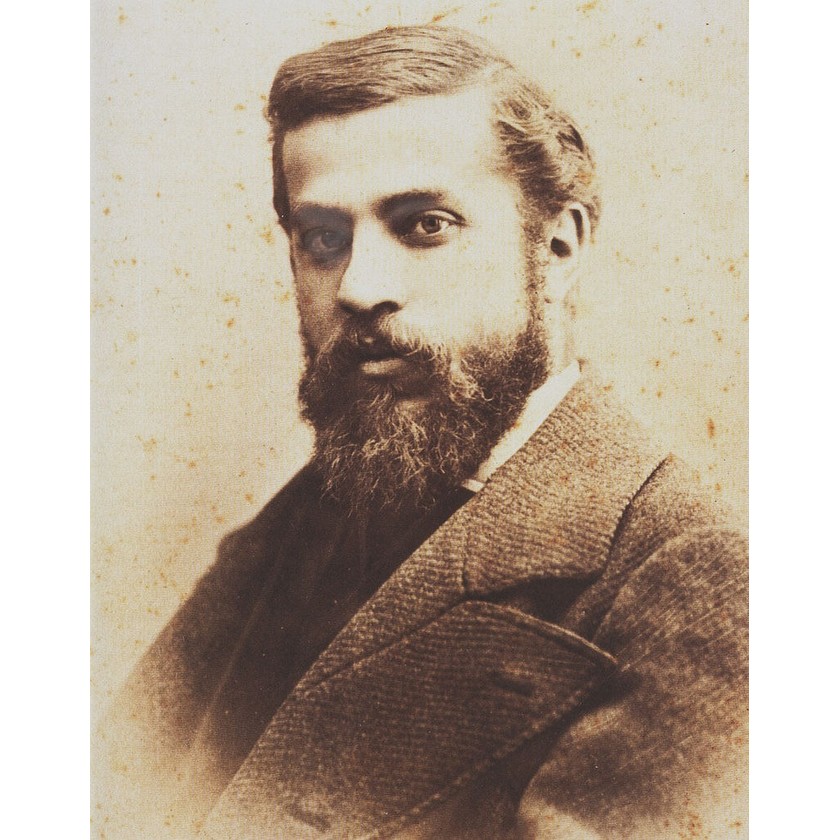 
In 1878, Gaudi met the Catalan industrialist Eusebi Güell. This meeting was decisive since the entrepreneur gave him the means to deploy all his talent on the project of this 'expiatory temple of the Holy Family'.

In 1883, when the construction site had only been underway for a year, the architect was invited to take over the reins of the project. He first set up his studio in the crypt, then next to the building under construction, and eventually slept there.

Haunted by the Sagrada Familia and probably consumed by his thoughts, he was hit by a streetcar on June 7, 1926 and died three days later. On the day of his funeral, a huge crowd came to pay tribute to him.

Today, the master's remains rest in the crypt of the famous basilica. His life's work has also become his tomb.

Since December 8, 2021, a luminous star with a diameter of 7.5 m, made of steel and glass, has come to top the highest tower of the Sagrada Familia. This 12-pointed star, which shines at 138 m high, illuminates the sky of Barcelona in the plumb of the architect's tomb. 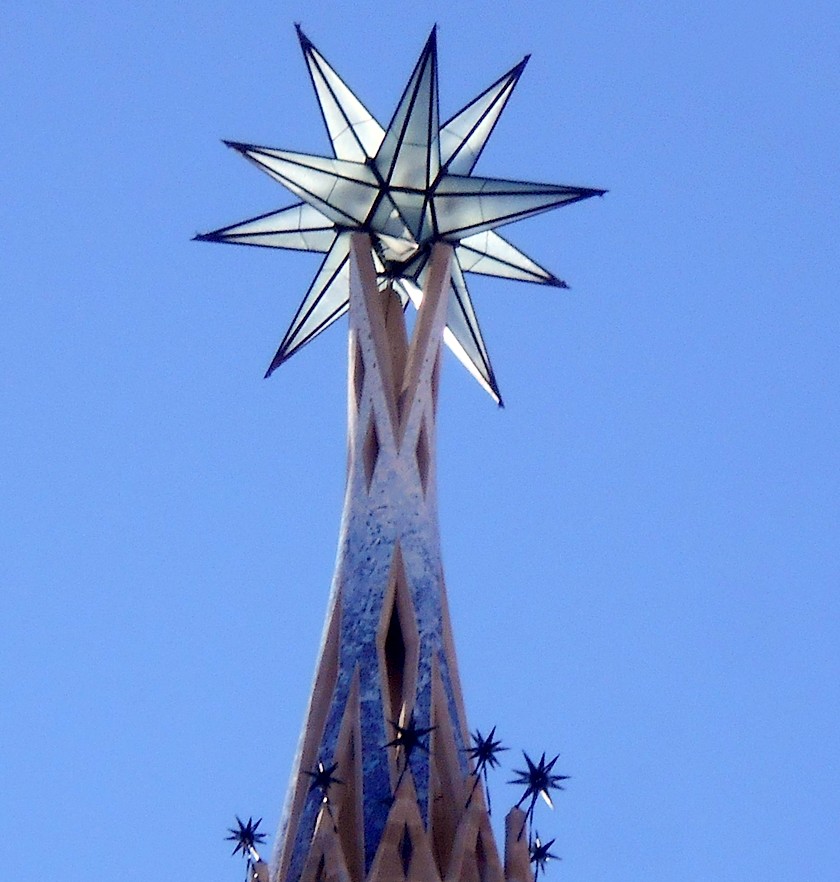 A global work, thought out in the smallest details

For visitors to the Sagrada Familia in Barcelona, Antoni Gaudi's high standards and ambition are awe-inspiring.

This architect indeed considered his works in their entirety and designed the smallest details. For the Basilica of the Holy Family, he went so far as to consider several different bell sounds.

Already during his lifetime, his way of working and his sense of detail amazed. In 1878, the director of the school of architecture where he was trained said, 'I don't know yet if we gave this diploma to a madman or a genius, the future will tell us.'

When Gaudi took over the direction of the Sagrada Familia construction site, the building was surrounded by fields. He was inspired by this landscape to develop in the basilica plant motifs in line with Art Nouveau. 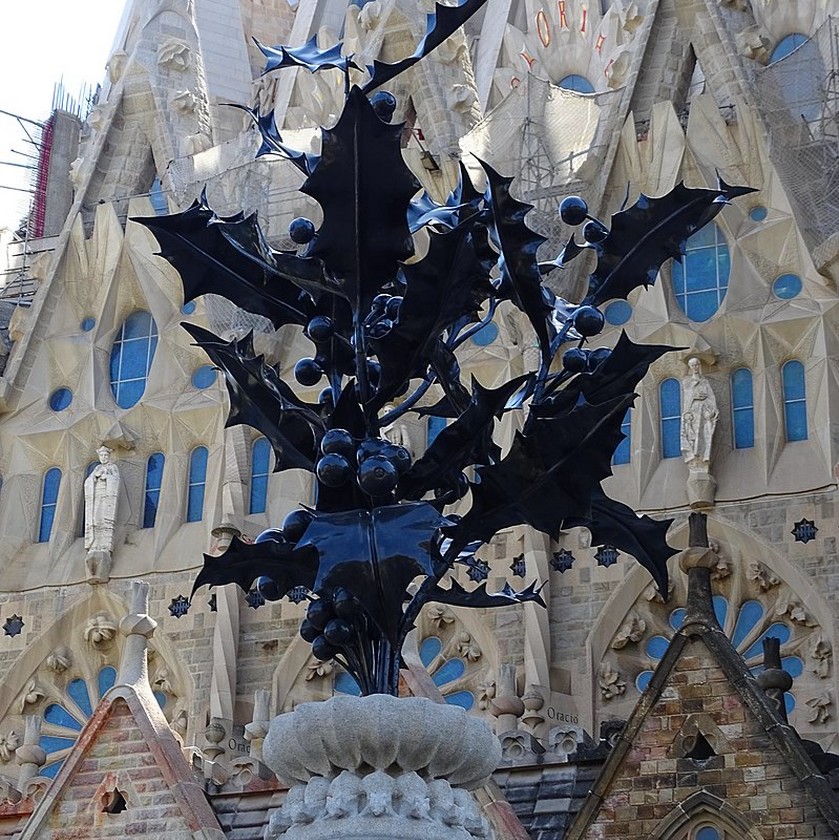 
He also laid the foundations for Catalan Modernism, a style that broke away from the Gothic and experimented with original curves and colors.

To support the building's vaults, he imagines a forest of inclined columns, whose ramifications recall the branches of trees. He is also inspired by nature, and more specifically by shells, to design the stairs.

He uses traditional Catalan materials such as stone, tiles, and painted and glazed ceramics, and calls on many trades (cabinetmakers, ironworkers, and master glassmakers).


To note: if you want to better understand the working method of the famous architect, know that the Musée d'Orsay is dedicating to him until July 17, 2022 an exhibition rich in models, drawings, photos, films and furniture. You can see a virtual reconstruction of the studio that the architect had installed near the basilica and that burned down in 1936 (see link at the bottom of the page).

When Antoni Gaudi died in June 1926, the construction of the Sagrada Familia was far from complete. Since his death, not less than seven architects have succeeded him on this site.

The seventh architect, Jordi Fauli, who hoped to complete the work in the centennial year of Gaudi's death in 2026, is not expected to reach his goal. Indeed, the Covid-19 pandemic and successive confinements have slowed progress on the work, which depends on donations and visits for funding.

There are still many elements to be completed for the building to be complete: the tower of Jesus Christ, eight other smaller towers, a sacristy, a chapel and the façade of the Glory.

Today, the Nativity façade and the crypt created by Gaudi are classified as a UNESCO World Heritage Site. In addition, the entire building was recognized as a basilica by Pope Benedict XVI in 2010. A well-deserved double consecration for this impressive building, whose construction required real technical prowess.

This crazy project, which mobilized several generations of architects, is a good additional reason to go to Barcelona for the weekend this summer! 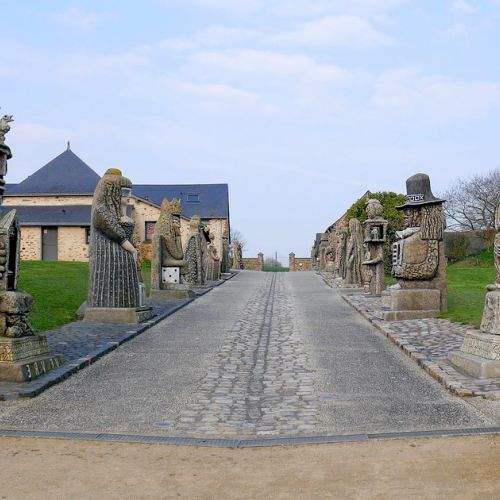 ← Previous The Robert Tatin Museum: an unusual visit in Mayenne 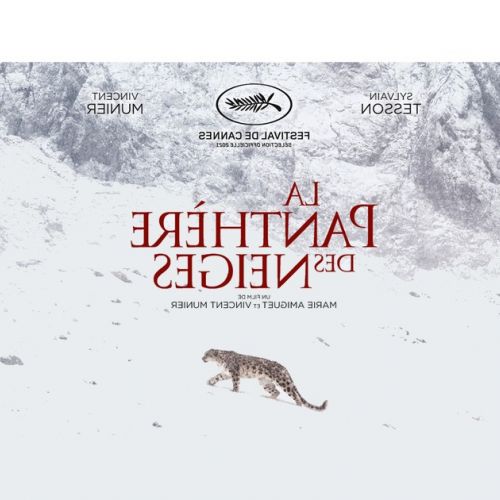 Next → The Snow Panther : the film event directed by Vincent Munier