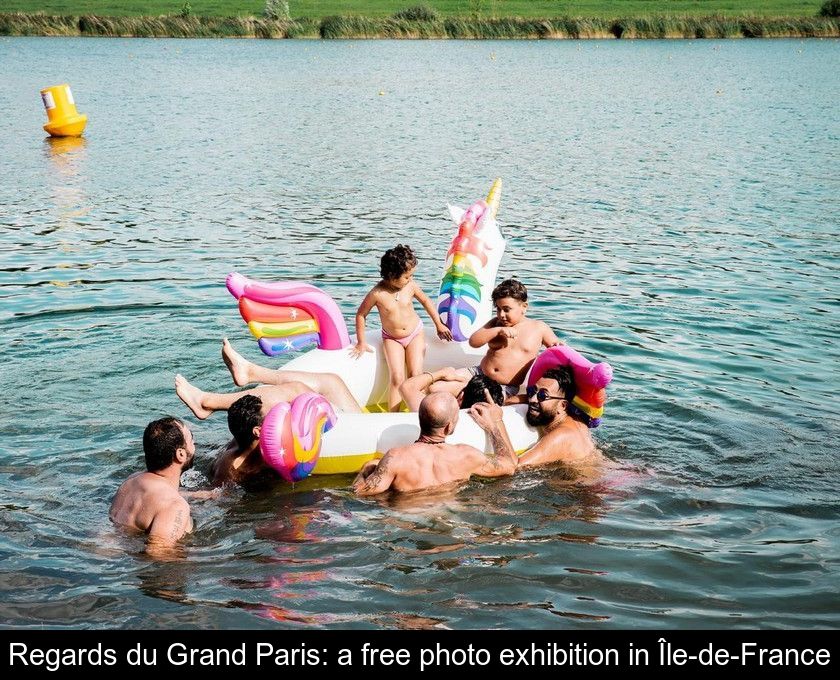 Notice to all those who spend the summer in the capital or in Île-de-France! Until the end of October, about forty places in the Ile-de-France region are hosting a free photo event entitled Regards du Grand Paris. Various exhibitions invite you to discover the landscapes and inhabitants of the capital and the inner suburbs as seen through the lens of 38 photographers.

A photographic journey in Île-de-France

Reviews of Greater Paris is a photographic journey that has been installed in some forty sites in Paris and its close suburbs until October 23, 2022.

Very diverse places such as public transport, the public space of Greater Paris, the construction site of the new Grand Paris Express metro, but also Les Magasins Généraux in Pantin and the Carnavalet museum in the 3rd arrondissement welcome the work of 38 photographers.

This photographic journey is the result of a national photographic commission. It invites you to rediscover this territory, its inhabitants and their daily lives, but also to explore its history, its present and its future.

These images will allow us to keep track of what is but might not exist anymore once the city will be metamorphosed, because the Greater Paris is a territory in full mutation, whose landscapes are changing.


The Greater Paris in pictures

As its title indicates, Regards du Grand Paris is a national photographic commission that aims to tell in images the daily life of Parisians and Ile-de-France.

38 photographers and visual artists were chosen to answer the same question: what is Greater Paris? To this initial question, each artist brought his or her own answer and this resulted in 300 works anchored in the reality of this territory.

After 5 years of collaborative work between several institutions, from 2016 to 2021, these images captured by a new generation of artists are unveiled to the public for the first time during the summer and fall of 2022.

These photographs reflect diverse approaches, both artistic and documentary, but have in common that they are exhibited in the territories that saw their birth.


Crossed views on the city

In Clichy-sous-Bois in Seine-Saint-Denis, portraits signed by photographer Alassan Diawara are displayed on the hoardings of the Grand Paris Express Metro.

These faces, these looks and these moments of life are taken from a series entitled Navigo in reference to the famous Navigo pass of the Paris metro of course!

The photographer explains, 'I take transportation all the time so I was quite inspired by it. I wanted to go into the unknown and wander around the city without knowing where I was going.'


In an entirely different style, photographer Rebecca Topakian captured the flight of parakeets from her window in the Île-de-France region. These naturalistic images, to be discovered at Ateliers Médicis, have a symbolic value for the photographer.

Through her shots, she says she wanted to remind us that 'birds don't care about borders and that there's no point in projecting our conception of territory onto birds but that, on the contrary, we could be inspired by them.'

The exhibition Regards du Grand Paris is to be discovered from June 24 to October 23, 2022 in various locations in Île-de-France.

Don't hesitate to take a tour of these different photo exhibitions: admission is always free!

To learn more about the locations and themes of the different exhibitions, we invite you to visit the official website below.

Next → Regards Miroirs: an exhibition by Nikos Aliagas at the Seine Musicale