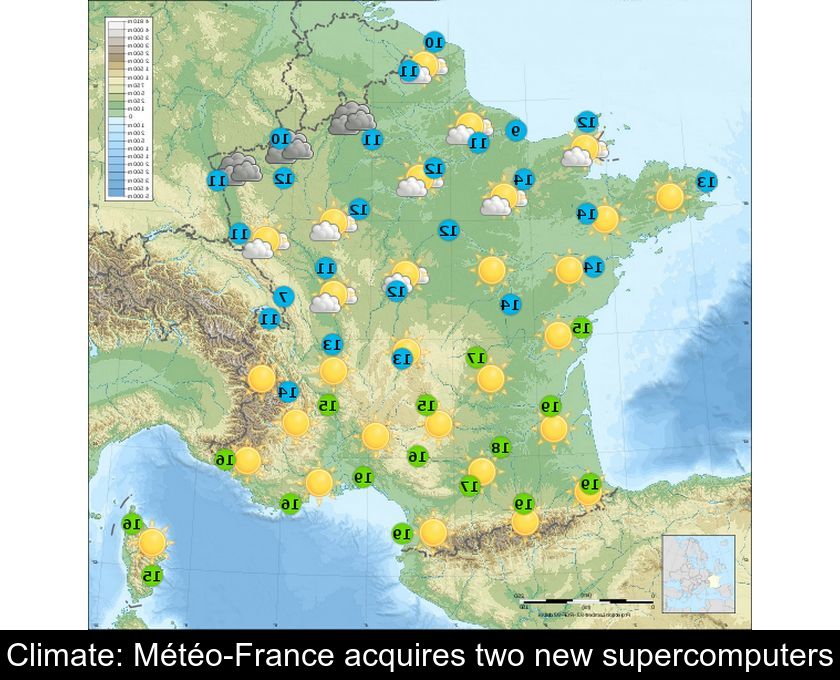 In Toulouse, two supercomputers were put into service by Météo-France in early 2021. Thanks to the computing power of these machines, the public institution hopes to improve its forecasts and better anticipate dangerous weather phenomena. In the long term, these supercomputers should also help to better understand global warming. We explain what these new tools will be used for.

In early 2021, Météo France acquired two new Bull supercomputers. The public sector body has invested €55 million in the project, with a total budget of €144 million over five years.

One is installed on the Toulouse site of Météo-France while the other is located a dozen kilometers away, at the Clément Ader space of the University of Toulouse.

Each one is equivalent to 50,000 sophisticated PCs working together! These supercomputers are in fact capable of performing 10 million billion operations per second.

For Météo-France, renewing its supercomputers first of all allows gaining computing power.

Belenos and Taranis indeed have a computing power multiplied by 5.5 compared to the old model that was installed in 2014.

With a total capacity of 21.48 petaflops (millions of billions of operations per second), they allow France to move into the international top 10 in weather and climate forecasting, a field previously dominated by the United States and Great Britain.

All this computing power will of course be used for weather forecasting, and more specifically for short-term forecasts.

Thanks to these new, more powerful tools, Météo France aims to improve its four-day forecasts.

The public establishment will indeed run new models (between 15 and 35 depending on the case) on these machines to produce more accurate overall forecasts.

The supercomputers will make it possible to address several scenarios, with their degrees of confidence and uncertainties or variations.

This is why, even if these two machines represent a considerable investment, they will have immediate repercussions in many sectors of the economy: agriculture and transport of course, but also insurance and even mass distribution for weather-sensitive products such as ice cream!

A very serious study suggests that one euro invested in supercomputing saves society 12 euros, by avoiding disasters and material damage and optimizing the planning of construction sites or air traffic.

When Mediterranean episodes, violent winds in the mountains, fog or cyclones occur it is vital to alert the population in the right place at the right time.

With the help of Belenos and Taranis, Météo-France hopes to gain one to two hours on its vigilance alerts and improve their geographical accuracy (the territory's mesh size going from 2.5 to 1.3 kilometers).

As a reminder, in 1992, Météo France's first supercomputer analysed squares of 35 kilometres on a side. We can thus measure the progress made in thirty years.

Météo-France's supercomputers are working on the forecasts for the coming days, but not only that!

They are also capable of reconstructing past climate conditions from observation archives and simulating future climate changes.

Thanks to the computing power of Belenos and Taranis, France will therefore be able to strengthen its contribution to simulations and forecasting the consequences of global warming in Europe and the world.

In normal operation, one of the two supercomputers will be dedicated to forecasting and the other to research. These two fields of study are complementary and of interest to the highest authorities.

'France, through Météo-France, is among the reference countries in terms of climate modelling and climate projections, recalled Virginie Schwarz, CEO of Météo-France. 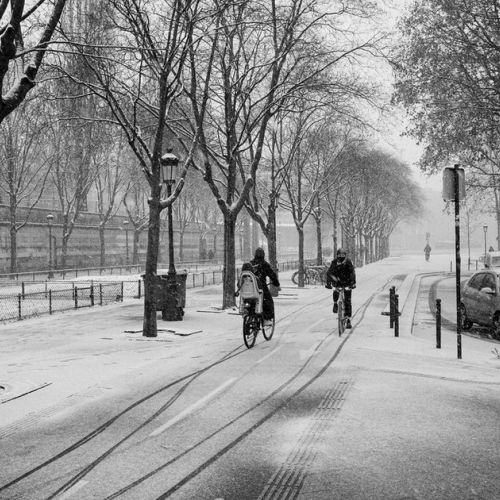 Next → Cold snap in France: what causes the phenomenon?