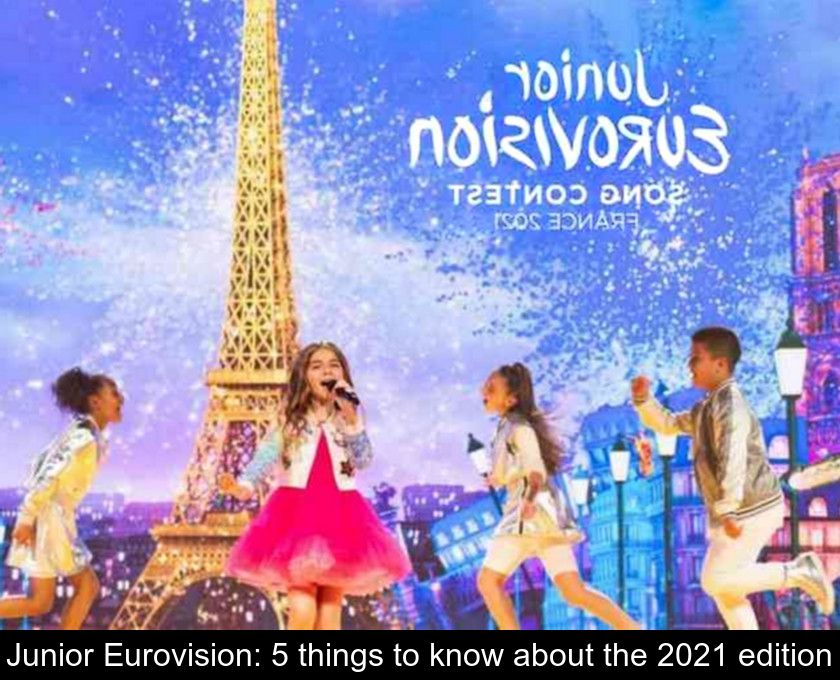 Junior Eurovision: 5 Things To Know About The 2021 Edition

One year after Valentina's victory, France is hosting the European contest for young singers for the first time. On the occasion of Junior Eurovision, France 2 decided to organize a grandiose show to honour 19 young artists aged 9 to 14.

1- France is organizing this competition for the first time

French viewers won't sulk in their pleasure as France is hosting the Junior Eurovision for the first time after Valentina's victory last year.

Unlike in the adult competition, the organization of the contest is not automatically entrusted to the winning country. All nations can apply.

Last year, the Polish TVP organized the 2020 edition in Warsaw.

The day after Valentina's victory, France Télévisions announced its desire to organize the next edition.

France Télévisions has therefore decided to produce the event and to pull out all the stops for the occasion. Eurovision and its junior version are among the world's greatest television entertainment programmes.

After a year of preparation, France 2 is about to offer a grandiose show to viewers, on Sunday 19 December at 4pm.

The 19 young candidates in the running will be hosted at La Seine Musicale in a masterful set depicting a fairytale Paris with the Alexandre III Bridge, the Grand Palais and the Eiffel Tower in the background.

The young singers will defend their song on stage at La Seine musicale and live on France 2.

During this extraordinary show, the children will perform on a stage 20 metres long and 30 metres wide including 375 square metres of screens, including a 7 metre high screen!

In addition to the competing songs, French duo Offenbach will open the show and the intermissions will be hosted by Valentina (the 2020 winner) and Barbara Pravi, whose victory eluded her by just 25 points in the adult competition last May.


3- This is France's 5th participation

Junior Eurovision was created in 2003 following the decision to reserve the Eurovision contest for singers aged 16 and over.

It is the for 9-14 year olds version of the world's biggest song contest.

In France, this junior version is much less known than Eurovision. It must be said that France is participating for the 5th time only this year.

France will be represented by Enzo, a former finalist of The Voice Kids now aged 13. He will perform the song Tic Tac, a track that should leave a lasting impression with its upbeat Charleston rhythm.


4 - A trio of shocks will ensure the presentation

To host Junior Eurovision 2021, France Televisions has called on a power trio who will speak in French and English:

- Olivier Minne who is a former adult Eurovision commentator
- Élodie Gossuin who used to give the points awarded to the finalists by the French professional jury between 2016 and 2018
- the young Carla who represented France in the 2019 junior contest with the song Bim bam toi.

The 30 million or so viewers around the world who will watch the contest will therefore recognize French personalities who have made Eurovision history.

Although the contest is taking place in Paris this year, the on-air commentary will be provided by Laurence Boccolini and Stéphane Bern.


5- You can vote for your favourites on the Internet

The Junior Eurovision voting system is different from the adult Eurovision system as voting takes place over the internet.

The public can vote for free alongside a jury of professionals to elect the winner of the contest.

All you have to do is go to the junioreurovision.tv website (link below) from Friday 17 December at 8pm to choose between 3 and 5 artists.

Note that it is possible to vote for the representative of your own country.

Voting will close just before the start of the live show on 19 December at 4pm and reopen at the interval, when all 19 candidates will have sung on stage.

The public votes will count for 50% of the final result and the other half of the score will be the votes of the 19 national juries.

← Previous In therapy on Arte: what does season 2 have in store for us?

Next → Leonardo: 5 good reasons to watch the new France 2 series