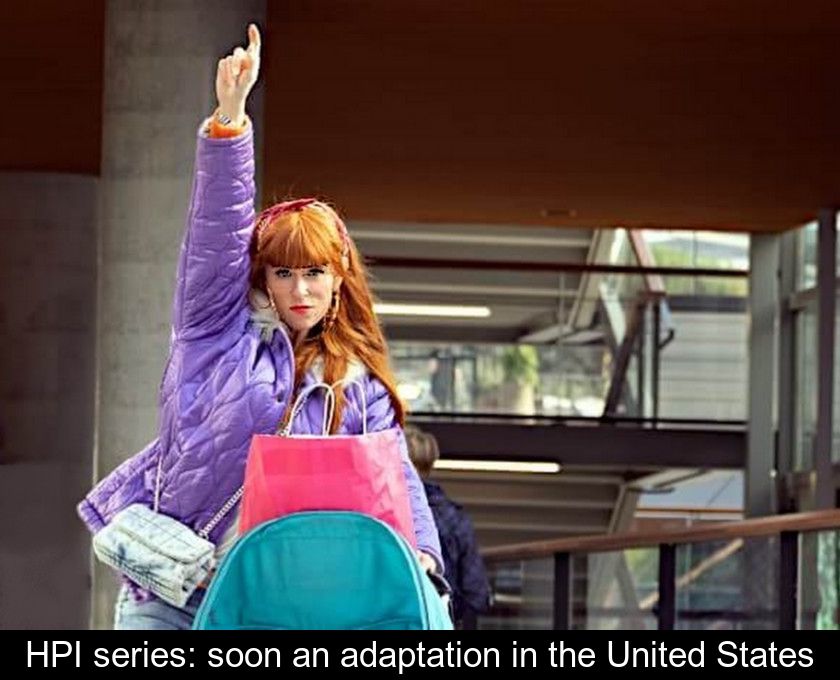 Hpi Series: Soon An Adaptation In The United States

Not content with being a hit on TF1 for two seasons now, the police comedy starring Audrey Fleurot and Mehdi Nebbou is going to cross the Atlantic to conquer the American public. An adaptation of the series HPI in American version is indeed being written.

A success story that is being emulated

Since its launch on TF1 in April 2021, the HPI series has been a real hit in France and has recorded record audiences happily exceeding 9 million viewers. Now, this police comedy is not the adaptation of a foreign concept but a 100% original French creation.

With such a success, it is not surprising that this concept has been exported far beyond our borders. The series, created by Alice Chegaray-Breugnot, Stéphane Carrié and Nicolas Jean, has already been sold in over 105 countries.

While Czech and Slovak versions of this drama have already been shot, the Newen Studios group announced in the fall of 2022 that it had sold the adaptation rights to this crime comedy to the production company ABC Signature, which is a subsidiary of the Walt Disney group.

This is a new success for this series made in France which records, according to the production company Newen nearly 175 million views worldwide in French language! This new version in English could also give the series an even greater global reach.

An American version is being written

The writing work on this American adaptation of HPI has already begun. For now, it is not yet known who will take over the role of Morgane Alvaro held by Audrey Fleurot in the French version. But of course, it will not be easy to succeed such a flamboyant interpreter ...

The choice of the lead actress will undoubtedly be decisive to embody this mother and housekeeper with high intellectual potential who becomes a consultant to the police and helps investigators to solve murders.

It is a source of pride for an original TF1 creation to be adapted in the United States. The last made-in-France series to generate such a buzz abroad was Ten Percent created by Fanny Herrero and adapted into English as Ten Percent.

The series of all records

Like its heroine Morgane Alvaro, the series HPI is a French creation with high potential! Since this colorful character landed on TF1 in April 2021, this drama has not stopped breaking records.

The first season attracted 11.5 million viewers on average taking into account replay: a score that the channel had not reached since Marie Besnard l'empoisonneuse with Muriel Robin in September 2006.

The second season confirmed this success, with an average audience of 9.8 million viewers (including 1.7 million in replay).

The shooting of the third season, which will also have 8 episodes, began in the summer of 2022. While season 2 ended with a kiss exchanged between Morgana Alvaro and Commander Karadec, fans are eagerly anticipating.

The highbrow and crazy looking heroine also discovered that her missing ex is not dead, which could reshuffle the deck...

But wait! In France, we will have to wait a few more months to discover what twists and turns the writers have in store for us. It is likely that this new season will be broadcast in the spring of 2023, at the same time as the two previous ones.