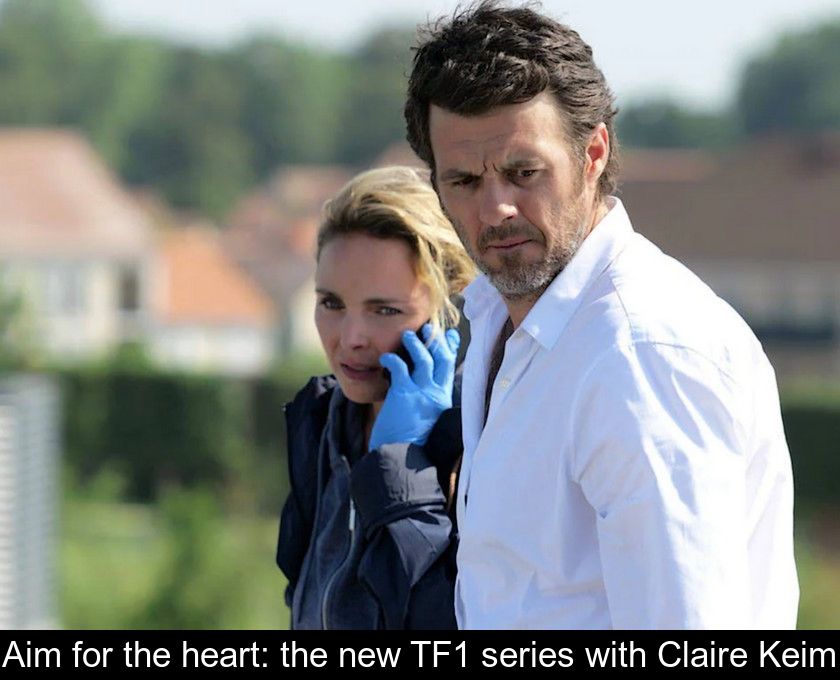 Aim For The Heart: The New Tf1 Series With Claire Keim

For the start of the new school year 2022, TV channels will offer new series. On TF1, fans of police series will be able to discover from September 1 a new fiction entitled Vise le cœur with Claire Keim and Lannick Gautry.

Vise le cœur is a police series imagined for TF1 by the creators of Profilage, Fanny Robert and Sophie Lebarbier. The director Vincent Jamain has already directed episodes of Profilage but also the series Balthazar and HPI on La Une.

In this 6-episode mini-series, Julia Scola, a police commander, has to face a heavy atmosphere after testifying against former colleagues in a rape case.

But the arrival of a new commissioner and a complicated case will divert the attention of the brigade: a woman has been kidnapped in a suburban house. This series gets off to a great start and is immediately captivating.


A first for Claire Keim

Claire Keim is the heroine of Vise le cœur. She plays Julia, a very lonely police captain who finds herself forced to collaborate with her former childhood sweetheart.

The 47-year-old actress, who had no desire to play a cop, ended up accepting this role of a lone investigator against all odds after reading the script for this 6-episode mini-series.

The actress seen in Infidel and Zodiac forms a charming duo with Lannick Gautry, well known to viewers for having played in The Mystery of the Lake and The Revenge in the Clear Eyes.

Fans of the series of the One will also recognize in the casting Raphael Ferret who played Hippolyte in Profilage.


Back and forth between past and present

The commissioner Novak Lisica, newcomer in the brigade, is a former lawyer. But he is above all the love of youth that Julia Scola had lost sight of. His return rekindles old wounds and brings back secrets that both of them thought were well buried.

As the criminal cases progress, they will have to learn to work together, they who have not spoken for twenty years because of their common past.

In each episode, an investigation is completed with, in the background, revelations about the past of the main characters. These flashbacks where we find the heroes sometimes as children and sometimes as teenagers make the originality of this new series.

Beyond the police investigations, which deal with very diverse themes such as autism, fear of germs or domestic violence, Aim for the Heart reveals the heroes' past in small steps to allow viewers to understand what drama once separated them.


A host of new features

Vise le cœur is the first new program to be broadcast at the beginning of the new season on TF1, among the twenty or so new programs announced by the channel.

It must be said that the One must find new fiction to succeed the series Alice Nevers, Profilage and Section de Recherches which have recently ended.

This unpublished police mini-series was shot in part in Étretat and Fécamp during the spring of 2021.You can discover it in preview on the Salto platform and on TF1 on Thursday evenings, from September 1, 2022 at 21h10.

Claire Keim also has a busy news since she is preparing a new record, eleven years after her first album.

Next → Around the world in 80 days: a very successful adaptation on France 2