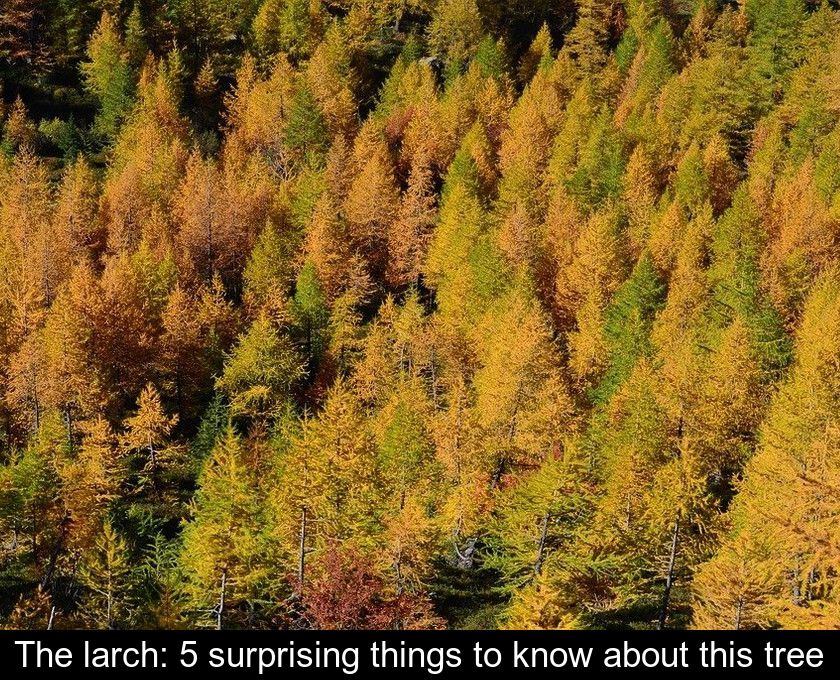 The Larch: 5 Surprising Things To Know About This Tree

In the large family of conifers, the larch is exceptional in more ways than one. If you don't know this tree that embellishes the mountains with its beautiful red colour in autumn, here are 5 surprising things to know about larches.

1- It changes colour in autumn

Larch or Larix decidua belongs to the Pinaceae family, like spruce, cedar, pine and fir.

But unlike most conifers, which keep their beautiful green needles in winter, larches turn golden and then red in autumn.

This tree is moreover the only deciduous conifer in Europe: it loses its needles but keeps its cones, which are its only adornment in winter.

The cones remain on its branches for a long time and it is not rare to observe at the same time those of the current year and those of the previous year.

To be noted: the russet color of its needles in autumn is a unique characteristic in our regions, which helps to differentiate the Larix decidua from other conifers.


2- It is typical of the Southern Alps

Larch is a conifer found primarily in the Southern Alps.

This tree, which likes to have its roots in the cool and its top in the sun, grows in mountains that get about 300 days of sunshine a year.

In these conditions, it can grow up to 2400 meters in altitude and can reach 40 m in height.

Before losing their needles and spending the winter without foliage, larch forests take on flamboyant colours that illuminate the mountains, particularly in the Alpes-de-Haute-Provence department.

This ephemeral spectacle is a delight for photographers and lovers of beautiful landscapes.

If you are one of these nature and photography lovers, you should know that some of the most beautiful spots to admire the golden colour of the larches in autumn are :
- the national forest of Haut-Verdon (04)
- the high valley of Clarée (05)
- the forest reserve of Bois des Ayes and the lake of Orceyrette in which the trees are reflected.


3- It cohabits with other conifers

In the mountains, larches are often associated with other conifers:
- Scots pine below 400 m
- Cembro pines above 2000 m.

At higher altitudes, forests that combine larch and cembro pine are called cembraie-melzin.


4- It gives a highly prized wood

In addition to being deciduous and offering spectacular fall colors, this conifer is also very popular for its wood.

Indeed, the larch gives a quality wood, which has the advantages of being both very hard and rot-proof.

The result of slow growth, larch wood is the most durable and strongest of the coniferous woods.

In the Southern Alps, this species is in fact commonly used for the construction of houses and chalets. But it can also be used to make boats or railway sleepers.

To be noted: among the other amazing uses of this tree, you should know that you can make liqueur by macerating its flowers and young cones in alcohol. In a non-alcoholic version, infusions are also prepared with the cones of larches.


5- Its main enemy is a small caterpillar

Every 8 years or so, larch trees can be attacked by a small caterpillar called the larch budworm.

As this caterpillar feeds on the needles of this conifer, the conifer defends itself by stopping its rise in sap.

The tree then loses its needles and appears to be dying. But this defoliation, even when it is total, does not cause the death of the tree.

It is simply a defence mechanism: the larch protects itself from this voracious insect, before growing new shoots the following summer. 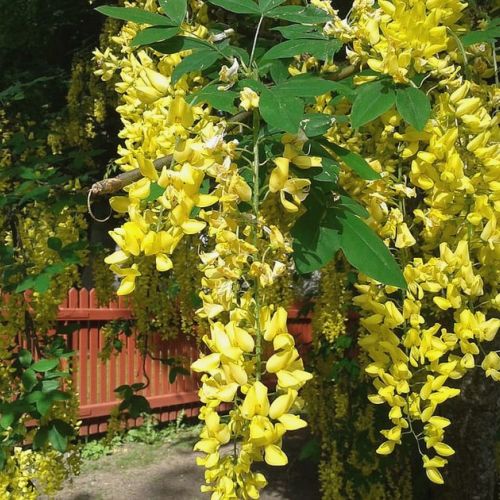 ← Previous The laburnum: a small tree with a dazzling bloom

Next → The lychee: 5 unusual things to know about this fruit