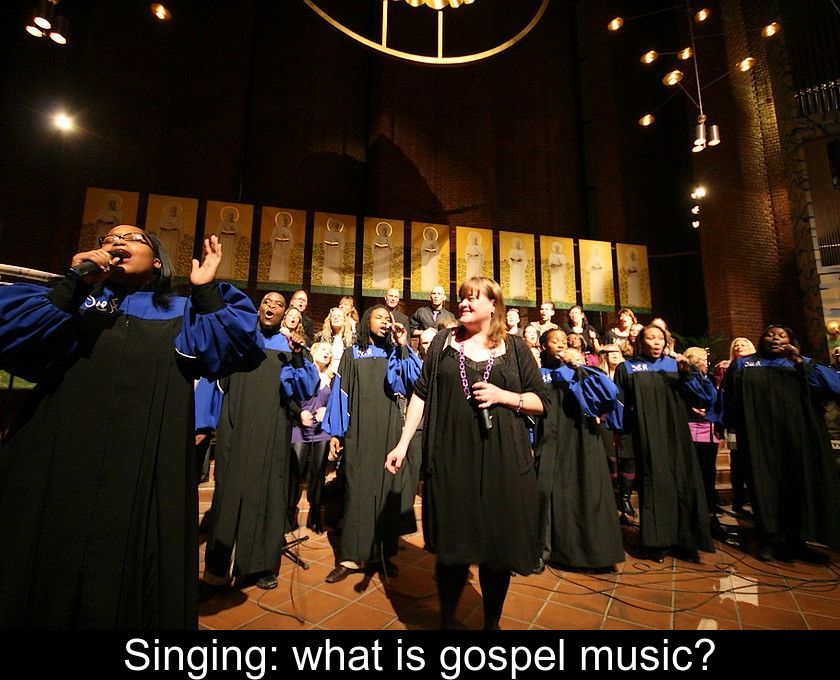 Singing: What Is Gospel Music?

More than a simple religious song, gospel music is a musical genre with communicative joy. But do you know the origins and characteristics of this music that appeared in evangelical churches in the United States? Here is all you need to know about gospel music.

A musical genre born in the African-American community

Gospel music, which can be described as popular religious singing with musical accompaniment, originated in the African American evangelical Christian community in the early 20th century.

This musical genre has its origins in three centuries of slavery. It was in the 17th century that black slaves came to North America from Africa with their culture, beliefs and musical traditions.

Around 1865, black college choirs sang negro spirituals for a large African American audience. At the beginning of the 20th century, itinerant pastors used this music in their preaching and modernized it: this was the birth of gospel music.


A music with a positive and communicative energy

The name 'gospel' comes from the Old English godspel which means 'good news' or 'gospel'. This Christian religious song that developed in evangelical churches is indeed intended to spread the good news, referring to the New Testament.

Unlike work songs, the labor songs of black slaves in the cotton fields characterized by their slowness and sadness, gospel songs are known for their communicative energy and good humor.

The most famous songs of this musical genre capture this joy well, including:
- Oh Happy day
- When the Saints go marching in
- Amazing Grace
- Down by the riverside
- The Hymn of joy
- Glory glory hallelujah

It is the typical rhythm of this musical genre that makes you want to dance when you see a choir perform live or on television. It's also this particular rhythm that you need to assimilate when you want to learn to sing gospel music. Practice marking the first and third beats with your feet and the second and fourth beats with your hands and you will be able to sing and move in rhythm!


A vocal genre above all

This Christian religious song born in American churches is a musical genre carried by the voice and not by instruments.

Although choirs today are accompanied by church instruments such as an organ or harmonium, it is primarily the voice of a soloist or choir that expresses the message of gospel music.

This music carries a message of faith of course, but also of hope and emancipation. At the beginning of the 20th century, this musical genre was a way to express a revolt in an America that was still racist, especially in the Southern states.

Next → The Château de Boulogne-la-Grasse : 5 good reasons to visit this amazing place