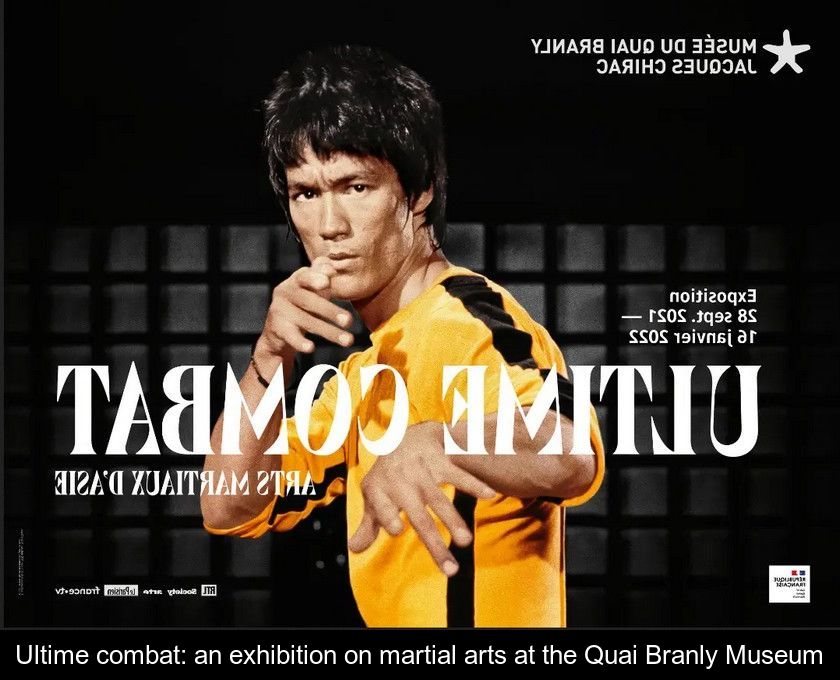 Ultime Combat: An Exhibition On Martial Arts At The Quai Branly Museum

Fans of martial arts and/or Bruce Lee's films, don't miss the Ultimate Combat exhibition at the Quai Branly Jacques Chirac Museum! This exciting event traces the history of martial arts, from the earliest times to the present day. The exhibition also focuses on Japanese and Hong Kong cinema, which have popularized these combat sports throughout the world.

The art of war in the spotlight

As part of the Paris 2024 Cultural Olympiad, the Quai Branly Museum is devoting an exhibition to Asian martial arts.

For this exhibition entitled Ultime combat, it is safe to say that the Quai Branly Jacques Chirac Museum has brought out the heavy artillery.


A variety of disciplines

The Ultimate Combat exhibition offers a true immersion in the martial arts of Asia.

You will be able to discover the history and the practice of the numerous disciplines that the Asian continent has.

In this exhibition, it is about kung-fu of course, but also about Japanese martial arts, the war techniques of the samurais and the physical and spiritual training of the Shaolin monks.


A journey between history and pop culture

The exhibition Ultimate Combat focuses first on the representation of combat in Hindu and Buddhist arts. In both cultures, fighting is primarily internal and is a metaphor for liberation and knowledge.

This course then explores the various martial schools of Asia, particularly in China and Japan.

More playful than it appears, this exhibition is punctuated with references to popular culture and in particular to cinema.

Movie buffs will be in for a treat as action films and the iconic figure of Bruce Lee feature prominently in this exhibition devoted to Asian martial arts.

To note: to fully enjoy the multimedia devices offered throughout the tour, headphones are available, as well as jack sockets for listening with your personal headphones.


A special weekend from November 26 to 28

You can find the whole program of the weekend by following the link below.

The Ultime combat exhibition is held at the musée du quai Branly Jacques Chirac until January 16, 2022.

The museum is open every day except Monday.

← Previous Top Gun 1 and 2: the 7 differences between the two films

Next → Wine Festival in Cairanne