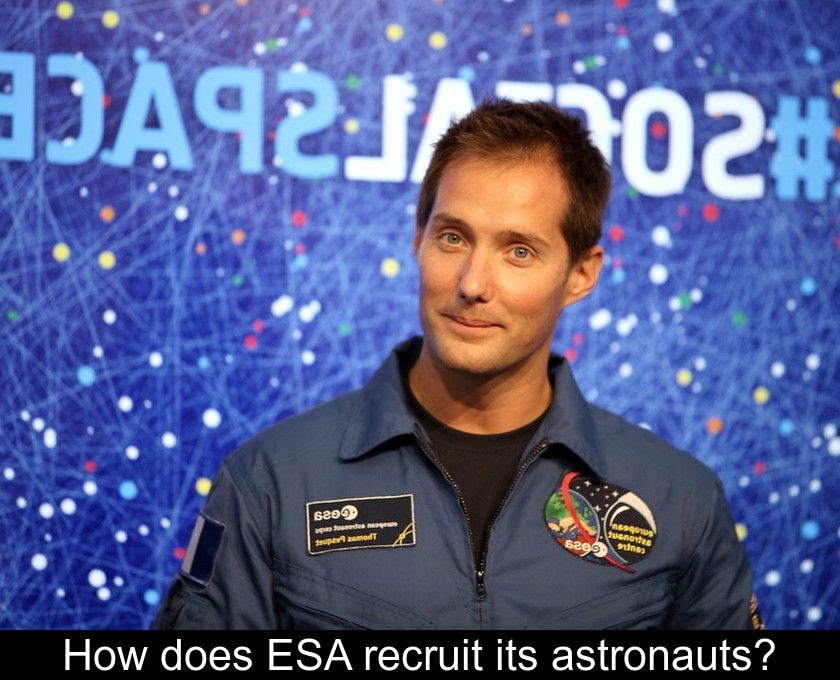 How Does Esa Recruit Its Astronauts?

On November 23, 2022, the European Space Agency (ESA) unveiled its new class of astronauts, reservists and parastronauts. These 17 budding astronauts have been selected according to very strict physical, psychological, technical and medical criteria. If you too dream of becoming an astronaut, we suggest you discover how ESA recruits its astronauts.

Recruitment is not very frequent

The European Space Agency presented its new class of astronauts on November 23, 2022. It should be noted that this class, which includes 17 people, is the fourth since the creation of the agency, after those of 1978, 1992 and 2009.

The ESA recruits its astronauts at regular intervals, but spaced many years apart ... The last recruitment campaign dated from 2008-2009 and it is actually the one in which Thomas Pesquet participated.


There are many candidates and few elected

For the class of 2022, the agency has selected 5 active astronauts, 11 reservists and one parastronaut (astronaut with a disability) out of more than 22,000 applications, 22,523 to be exact!

In its latest recruitment campaign, launched on March 31, 2021, the European Space Agency received three times more applications than in 2008 and 24% of female applicants.

The example of Claudie Haigneré and Thomas Pesquet has undoubtedly sparked vocations. During the previous call for applications in 2008, ESA had received only 8413 forms and women represented only 15.5% of applications.


Recruitment is long and very selective

As you might expect, ESA recruits its astronauts on extremely selective criteria. The selection of future spacemen lasts over a year.

To become an astronaut, you have to meet certain age, education and experience criteria. For the 2022 recruitment campaign, you had to:
- Be between 27 and 50 years old
- Have a minimum of a Master's degree in a scientific field
- be fluent in English (which makes sense to be able to work in an international context...)
- have at least 3 years of professional experience.

But even if the selected candidates already have an engineering, medical or science master's degree, they must then go back to school to learn the astronaut profession.

The European Space Agency is not looking for accomplished professionals but for people who have the potential to become one. Because of course nobody is born an astronaut and all candidates must then be trained!


The skills sought are very diverse

To hope to go into space one day, you have to be very versatile and have skills that go well beyond technical or scientific knowledge.

ESA typically recruits its astronauts from enthusiasts in a wide variety of fields (aviation, skydiving, scuba diving). Musical and foreign language skills, as well as character, are also taken into account.

This is why individual or team psychological tests are an essential part of recruitment. After an initial file review phase that eliminates 90% of applications, candidates take all kinds of tests to evaluate:
- their logic
- their memory
- their aptitude for mental calculation
- their sense of orientation in space
- their ability to multi-task

One of the final phases before final selections includes very extensive medical testing for one week.


You don't have to be a superhero

Contrary to what the general public sometimes imagines, it is not necessary to be a superhero to become an astronaut. The ESA recruits its team members from civil society as well as the military and diversifies more or less the profiles selected.

For the first time in the history of space conquest, the European Space Agency has opened the 2022 recruitment campaign to people with disabilities.

The ESA has indeed decided to create a corps of parastronauts and has selected the British John McFall. This medalist at the Paralympic Games has had his right leg amputated. He will work with the agency's researchers and engineers to determine if he can become the first disabled astronaut to go into space!

← Previous Homemade parcel post: how to prepare a parcel properly?

Next → How to sort biowaste?