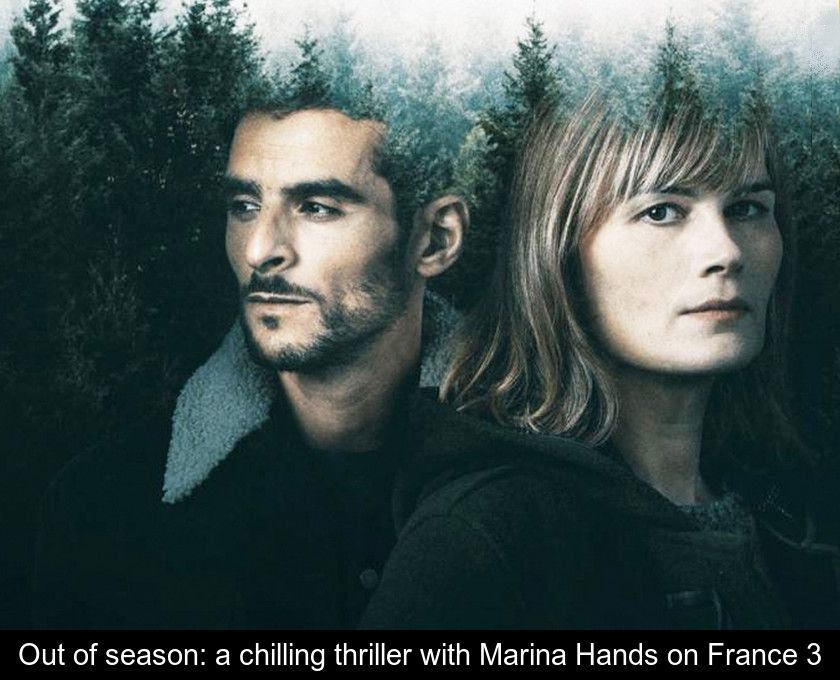 Out Of Season: A Chilling Thriller With Marina Hands On France 3

From tonight, France 3 will broadcast a new police series in 6 episodes. This fiction entitled "Hors saison" takes place in the mountainous setting of a village in the Alps and features an unexpected duo of cops played by Marina Hands and Sofiane Zermani. For sure, fans of Nordic thrillers will love it!

France 3 is broadcasting tonight the first two episodes of Outside Season, a Franco-Swiss police series set in the mountains on the border of the two countries.

Les Cimes is a small ski resort at the end of the season. As the vacationers leave, the snow melts and reveals the corpse of a woman staged in a strange and macabre way.

Swiss Captain Sterenn Peiry is put in charge of the case. With a painful past as her baggage, she returns to this village in the Alps where the corpse was discovered during the melting snow.

Soon, French investigator Lyes Bouaouni reveals to her that another body was found in a similar state on the other side of the border. With the help of her French counterpart, Sterenn tracks down the serial killer who is rampant in the mountains.

But the case gets complicated when she discovers that her son, played by Cyril Metzger, accidentally killed his girlfriend in a car. The investigator decides to cross the red line to protect her son.


A custom-made role for Marina Hands

In this thriller that promises to be one of the event series of the fall, Marina Hands embodies her character so well that the role of Sterenn Peiry seems to have been tailor-made for her.

One of the strengths of Offseason is that it paints a beautiful portrait of a woman, a cop and a mother. Another is to feature a surprising investigative duo but one that contributes to the charm of this crime drama.

It should be noted that Sofiane Zermani first became known as a rapper under the pseudonym Fianso. With this role of a cop, he moves from rap to fiction, as artists Joey Starr, Kaaris and Hatik have done before him.

The plot of Off Season, which seems numb to the mountain climate, progresses slowly but often takes an unexpected turn. The script takes its time to unravel the threads of a captivating story that blends the detective story with the intimate.

This Nordic-tinged detective series establishes from the outset an atmosphere that is both contemplative and chilling. Swiss director Pierre Monnard films the dark sides of the mountain.

On screen too, the greyness is omnipresent to install a setting to match this macabre story. Only the character played by Sofiane Zermani brings a touch of humor and light to this mountain thriller.

This new fiction is to be discovered on France 3 on Thursday evenings at 9:10 pm, from September 1, 2022. It will be broadcast at a rate of two episodes per evening. If you find the suspense unbearable, note that this fiction is already available in full on the platform Salto.

As TF1 is broadcasting the new series Vise le cœur with Claire Keim and Lannick Gautry at the same time, fans of crime series will have plenty of choice tonight on TV...

← Previous Oqee by Free: everything you need to know about the TV application offered to Freebox Revolution subscribers

Next → Papotin's meetings : interviews without fard